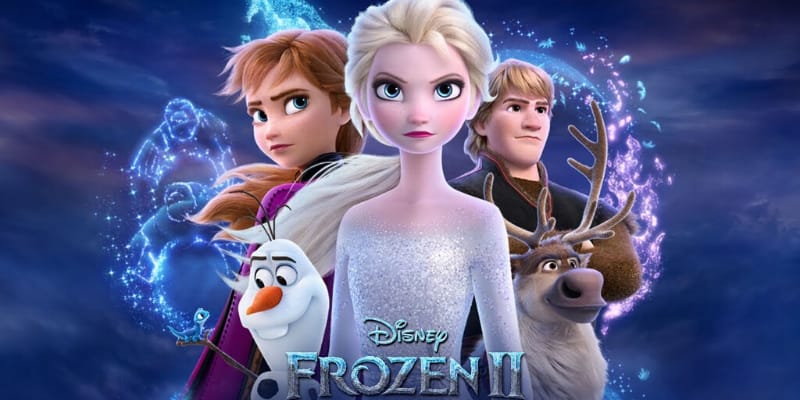 Frozen 2 is an upcoming animated/fantasy film that is in production by Walt Disney Animation Studios. This is a sequel of the 2013 Frozen that became a Blockbuster musical hit across the globe.

Recently, the first official trailer of the Frozen II film was dropped online and it has to gain millions of views within a short time of its release. It seems that the movie is going to be a bit more epic and intense from what we see in the trailer. Fans are more excited for the sequel to see what is coming as the trailer doesn’t reveal much about the story.

Furthermore, the trailer of Frozen sequel is said to be the most-watched animation trailer of all time according to Disney’s “Frozen 2” Twitter account. The trailer has received more than 116 million views within 24 hours of its release.

However, Frozen 2 teaser does give us some hints about the story but the large part of the plot is still a missing puzzle. Fans including myself have been still wondering what the adventure sister duo Elsa and Anna will embark on their life journey.

The story would dive deeper into Elsa’s past since the caption of the trailer itself says “Why was Elsa born with magical powers?” However, for the answer, you will have to wait until the release of the movie.

In the original plot of Frozen, we saw Princess Elsa who possesses magical powers that allow her to create and control ice and snow. At her young age, she used to use her powers while playing asking her sister Anna. But, at one instant she accidentally injures her younger sister with her magic power but she would be later healed by Grand Pabbie, who leads a colony of trolls.

As Elsa is crowned as the Queen of Arendelle, after she turns 21 she was always afraid of the citizens of her kingdom might find out about her power. Moreover, the story further continues with the arrival of dashing Prince Hans of the Southern Isles, with whom the younger sister falls in love with.

Will there be any new characters in Frozen 2?

Are you curious to know if there are any new characters in the animated film Frozen 2, then let me give you some brief idea about it? As in the original Frozen film, most of the old friends are returning in this sequel including the huggable Olaf, Anna, Kristofferson, and Elsa.

In the trailer, one of the most startling moments is when Elsa comes across a horse-like figure underwater. However, regarding the villain, there is not much revealed in this upcoming sequel which makes us wait until the film’s release.

The animated film is directed by Chris Buck & Jennifer Lee and Walt Disney Pictures is the production company that is associated with this franchise.

Peter Del Vecho is the producer of Frozen II and the main star casts who are giving voice over are Odin’s Idina Menzel (as Elsa), Jonathan Geoff (as Kristofferson), Kristen Bell (as Anna), Josh Gad (as Olaf), Evan Rachel Wood (as Queen Iduna), Santino Fontana (as Hans) and Sterling K. Brown (as Lieutenant Destin.

The Frozen sequel is scheduled for the release on November 22, 2019, by the Walt Disney Studios Motion Pictures. Following the success of the first installment of the Frozen film that became a musical hit. The first teaser of the film was released on February 13, 2019, and the trailer received over 116 million views within 24 hours on YouTube.