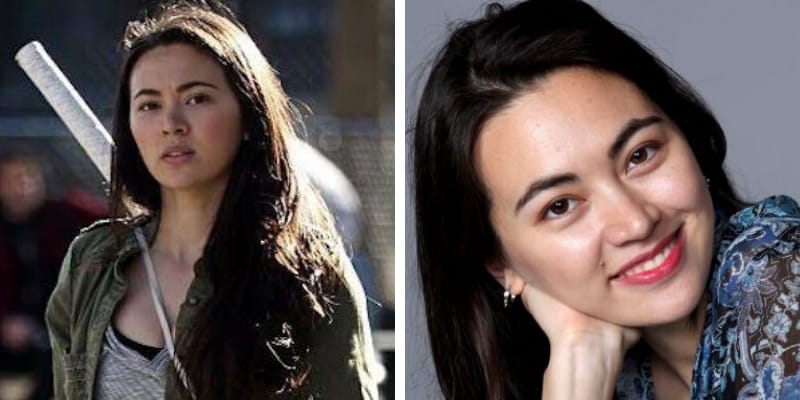 Jessica Henwick is an English Actress belonging to East Asian Descent and she is best recognized for her role in the Children’s show “Spirit Warriors (2009-2010)”. Currently, the actress is starring in a main role in the upcoming science fiction/thriller film “Underwater 2020.”

The film is directed by William Eubank and produced by Cherin Entertainment for 20th Century Fox and is distributed by Walt Disney Studios Motion Pictures.

Some of the main star casts appearing in the film are: Kristen Stewart (as Norah Price), Vincent Cassel (as Captain of the ship), Jessica Henwick (as Emily), T.J Miller (as Paul), Mamoudou Athie, Gunner Wright (as Lee), John Gallagher Jr. and many more.

This upcoming thriller movie is scheduled for the release on January 10, 2020 by Walt Disney Studios. Recently, the trailer of Underwater film was released on YouTube and it has been getting a lot of positive reviews from the public. The trailer starts by showing a team who are prepared to journey 5000 miles from land and descending 7 miles to the bottom of the ocean.

However, the team would eventually encounter something that hit their underwater ship and it would be severely damaged. But, the team would not be aware of what came up at the bottom of the ocean and they will have to get to the station by walk, having insufficient oxygen. Eventually they would be encountering something which they have never seen or heard of.

Jessica made her theatre debut in 2013, in the international premiere of Running on the Cracks, and the actress was praised by Allan Radcliff of The Times for her “excellent” performance. Later, Henwick was starred in the drama ‘Obsession: Dark Desires’ in 2014  as Jane Jeong Trenka.

Moreover, the 27-year-old Actress gained lot of fame & popularity after she joined the cast of HBO series Game of Thrones (season 5) in 2015 and was cast as Nymeria Sand. Jessica also played the role of X-wing pilot Jess Pava in the film “Star Wars: The Force Awakens.”

Some of the other TV shows in which Jessica Henwick “GOT” appeared includes “Fortitude (2017)”, Netflix’s series “Iron Fist” as Colleen Wing, “The Defenders” and “Luke Cage.”

The upcoming projects of Henwick in 2020 includes: “Underwater”, “Godzilla vs. Kong”, “On the Rocks”, “Gods and Heroes”  and “Monster Problems.”

The Underwater star actress, Jessica Henwick was born on August 30, 1992 in Surrey, England, UK. Her birth name is Jessica Yu Li Henwick and she is currently 27 years old and belongs to Asian ethnicity. She is the daughter of English father, Mark Henwick  and Singaporean Chinese mother, Pearlyn Goh Kun Shan.

As of education, the actress was trained at Redroofs Theatre School and was interested in acting since her young age. She further attended National Youth Theatre to enhance her acting skills. The actress has not revealed anything about her personal affairs or Relationship and she seems to be keeping it away from the limelight.

Jessica has a decent fan following on her Instagram platform having more than 390k followers. She frequently keeps posting pics related to her photoshoots, vacation trips, personal life and more. The estimated net worth of Game of Thrones, actress Jessica is said to be around $2 million USD.