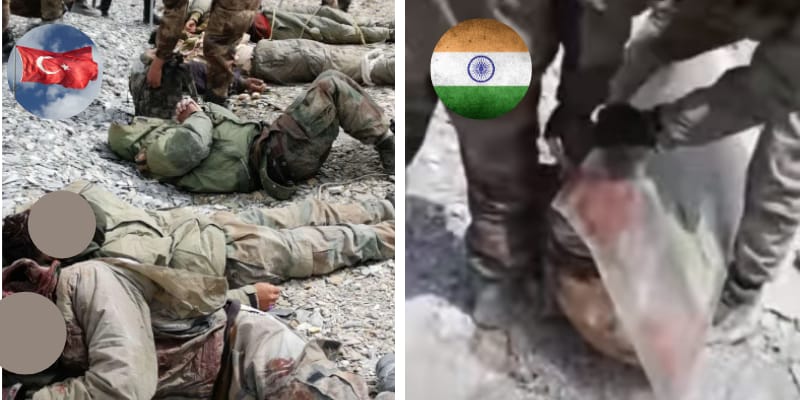 Did Chinese Army Attack Indian Soldier? One Such Photo is circulating in Social media that shows the couple of Indian Army Personel is wounded very badly and also being restrained, the still photograph looks like its taken from the video clip. However, the Indian Army has not released any Official Statement regarding this.

The image clearly shows the Chinese Amry wearing Mask so that it shows it took place after the COVID-19 pandemic, in the top left corner there is a boat. But Why Now? Well, Yesterday video was released on the Youtube in which Indian Troops stopped the Chinese Amry Group on the banks of Ladakh’s Pangong Tso. 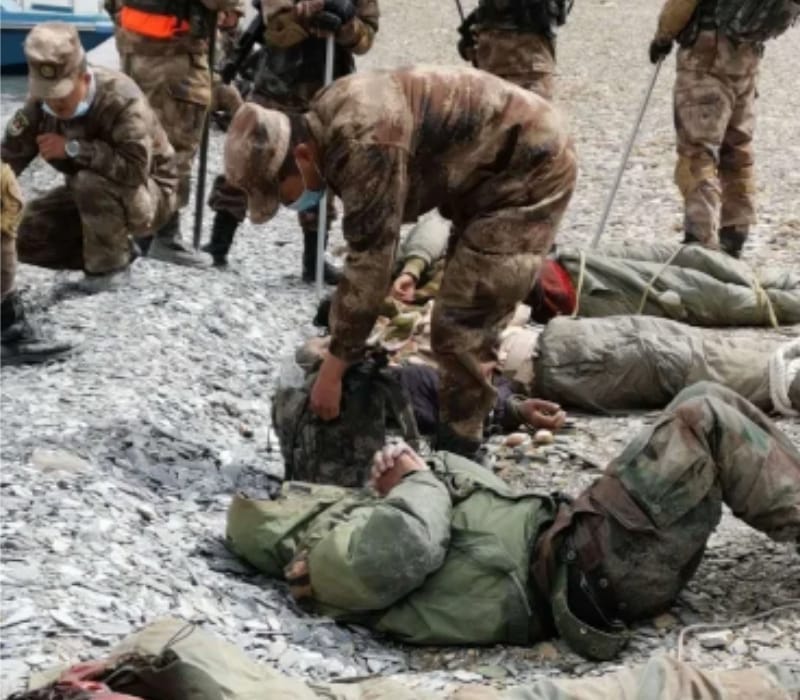 So let’s break it down, On May 30th, 2020, a video appeared on Youtube and social media depicting a violent clash following a Chinese Army group arriving in a Humvee army Vehicle and one Chinese soldier was seen forcibly restrained by the Indian Soldiers and Local Ladakh personals. Later, the Indian Soldiers can be seen hitting the Humvee army Vehicle with stones and rods in an attempt to intimidate the Chinese. 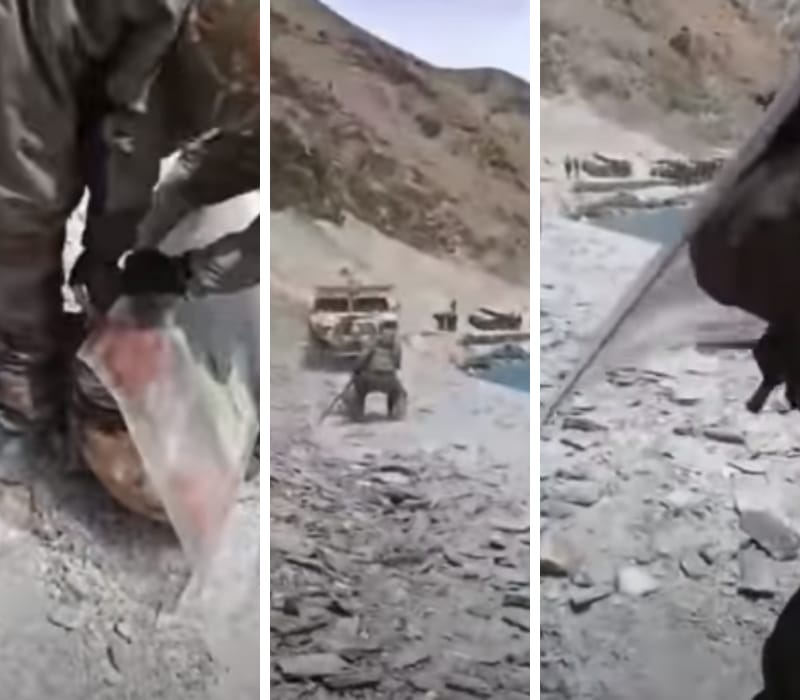 Later, on Sunday i.e on May 31st, 2020, another image circulated on various social media platform but this time Indian Soldiers were forcibly restrained by Chinese Army, on the left bottom corner Indian soldier was badly wounded and there was a bloodstain on his face and cloth.

This image was released in response to the Yesterday video where the Indian Army captured Chinese soldiers and pinned him down. Asaduddin Owaisi shared this Twitter image posted by the Chinese Handles and called for retaliation against the China Army, he wrote.

“If this is true @PMOIndia, @rajnathsingh must avenge this with full force, else he must deny it and tell us what is happening with China. What are you talking to China about? Modi supporters are maintaining complete radio silence ITNA SANATA KYUN HAI.”

If this is true @PMOIndia @rajnathsingh must avenge this with full force, else he must deny it and tell us what is happening with China. What are you talking to China about?
Modi supporters are maintaining complete radio silence ITNA SANATA KYUN HAI https://t.co/jLz3QnfQOI

However, in both cases, they were not seen carrying any weapons. Indian Army personnel Colonel Anand said that “It has been brought to our notice that a video is doing the rounds in social media on an incident on the borders. The contents of the video being circulated are not authenticated. Attempt to link it with the situation on the Northern borders is malafide,” and added, “Currently no violence is happening.”

But India Army can’t deny that the Image of Wounded Indian personnel and China can’t also deny that their Soldiers forcibly restrained by the Indian Soldier’s. Clearly the Social Media warfare is ramping up and Indian Army officials told Indian Media Houses not to air this Video because it could escalate the issue between both countries. 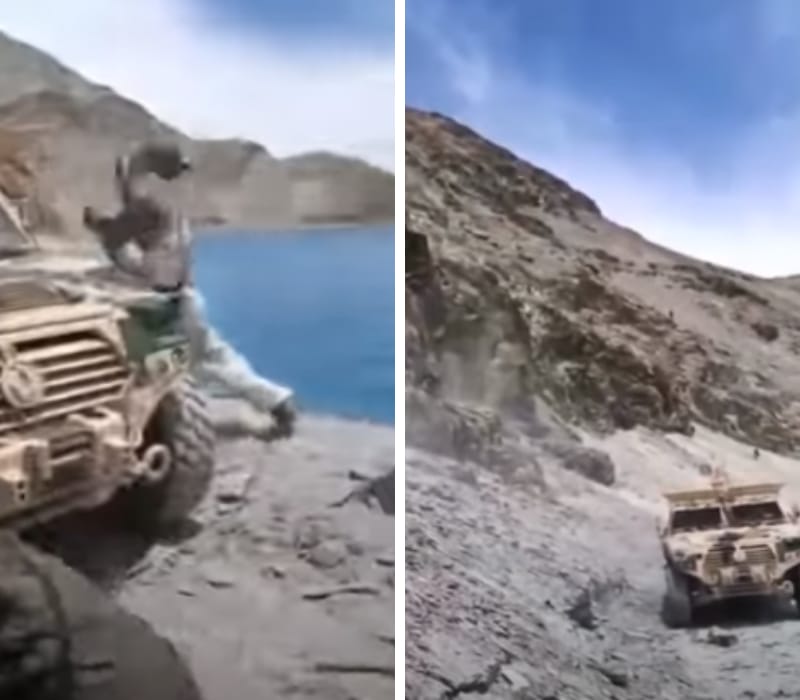 On May 10, 2020, Indian and Chinese Army Troops Clashed on the banks of the Pangong Lake.

According to the source, there was a clash between both Army Troops on the banks of the Pangong Lake. Earlier, on May 5th several soldiers were injured from both the side.

Indian Soldiers retaliated back after the Chinese attacked them first with Stick and stones. In this clash, many Indian Soldiers suffered head wounds and probably the image circulating on social media was taken at this time? not quite sure. Indian Army has not confirmed whether the image is true or fake?

In the meantime, Pakistan has been circulating an Image of Indian Army on fire and claimed that around 158 soldiers were killed in a rocket attack by the Chinese army in Sikkim, this fake news is spreading like a wildfire in Pakistan. However, the image shown is from July 2017, if you remember several Pakistan Media Houses ran these images during the Doklam stand-off between India and China in 2017. 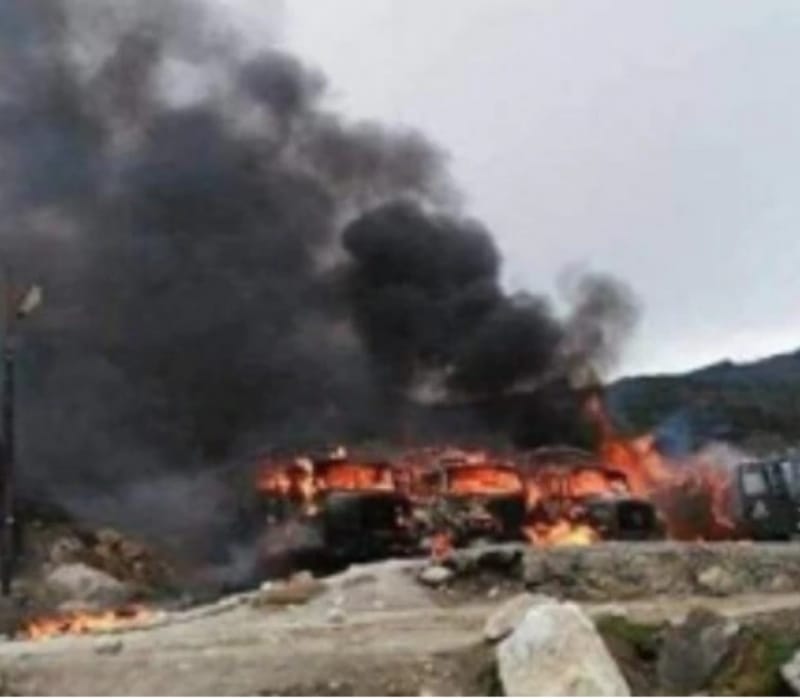 According to the source, the images are from the Accidental Mortar explosion on the Indian Army camp: on May 2017 there was an accident in an Army camp in Tawang, Arunachal Pradesh in which one soldier was killed and six were Injured, both India and China dismissed the Pakistani reports as fake news.