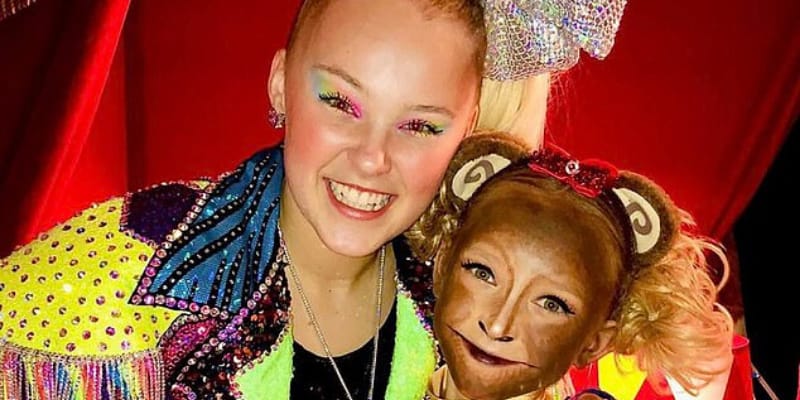 Jojo Siwa has been called out by her fans after allegedly using “blackface” in her latest music video. In her latest single, “Nonstop,” dropped on June 19, 2020, and the singer uploaded the video on “Juneteenth.”

This made her fans upset and in the music video many of the dancers dressed up as animals and others do some circus acts, Jojo fans took to social media. Furthermore, in the music video, Jojo appeared to be wearing “blackface” makeup and portraying a contortionist monkey.

Jojo took to her social media pages to show her support for the Black Lives Matter movement writing, “Black lives matter. Today they do, yesterday they did and forever they will. As they should. EVERYONE is equal and everyone is human. No matter your color, size, sexuality, if you are a good person, which is ALL that matters, I will stand by your side. Forever.”

Many of JoJo’s fans took to Twitter to share their anger and concern about the dance. However, Others tried to defend JoJo writing things like “Im confused she isn’t blackface she’s dressed as a monkey?” Moreover, after this controversy Jojo took to Instagram to seemingly respond to the backlash – without specifically mentioning the girl in her music video though, – but saying that she was blocking the haters on social media.

JoJo shared this photo writing quote, “This is for all the people I blocked today…. peace out girl scout. This is my Instagram and anyone who is going to be mean is NOT going to be allowed on here. People are bossing me around, telling me who to follow, what to post, what to like, what to say, what to do, everything. It’s not about what you do on social media it’s about what you do in real life.”

Later, she added, “I said it best when I was 12 “Hide behind the screen cause their just so mean. but we don’t play it like that, we don’t even fight back.” Jojo hasn’t spoken out again about the backlash or the music video since her last post and the music video is still up on her YouTube channel.