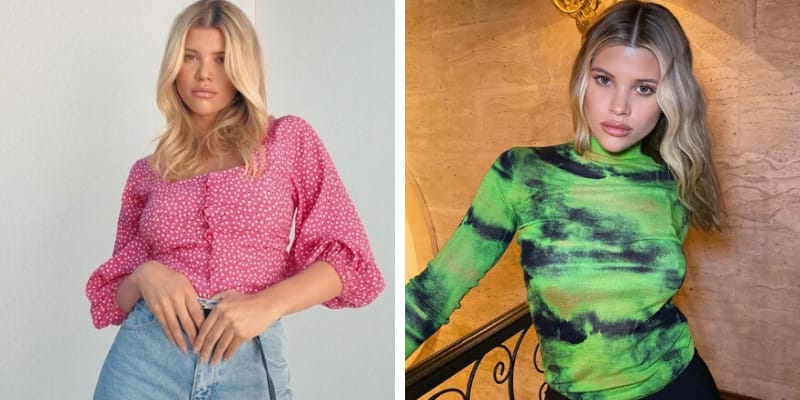 Sofia Richie was born on August 24, 1998, and from Los Angeles, California, U.S. She is a Fashion Designer, Model and Instagram Personality. Sofia is the youngest daughter of Diana Alexandra (mother) and Lionel Richie (Father).

Publication People Magazine reported that at the time that Scott and Sofia were taking a break “so Scott can just focus on the most important things in his life — his health and his kids.” Later, the publication reported “Scott is working on his issues. Sofia is hanging out with friends. It was Sofia’s choice to take a break.”

Another source reported that the split had more to do with Scott’s feelings towards his ex Kourtney Kardashian. Furthermore, US Weekly reported that “Scott is always going to be in love with Kourtney, and that’s something Sofia has had to face since even before she got serious with him. It’s been an ongoing thing and it just became more apparent that his family was more of a priority than she was and his family would be his main priority over anything and anyone.”

According to another source, Sofia Richie is reportedly hurt by speculation that Scott and Kourtney are back together. A source told People Magazine that quote, “Sofia is still processing the breakup. It was a serious relationship, not some fling, and she was there for Scott through some tough times. It hurts to see all the speculation about Scott and Kourtney, but she is so young and gets so much attention. She’ll be totally fine.”

However, Scott has not publicly commented on the recent rehab stint, his attorney Marty Singer denied reports that Scott entered treatment because of cocaine or alcohol abuse, maintaining it was to quote “work on his past traumas.” And though reports say that Sofia has still been struggling a bit with her split from Scott, while she’s in no rush, she’s also apparently “open” to start dating again.

Earlier, Sofia Richie was in a relationship with Jake Andrews and even photographed with Justin Bieber. Additionally, she was been romantically linked with F1 driver Lewis Hamilton.