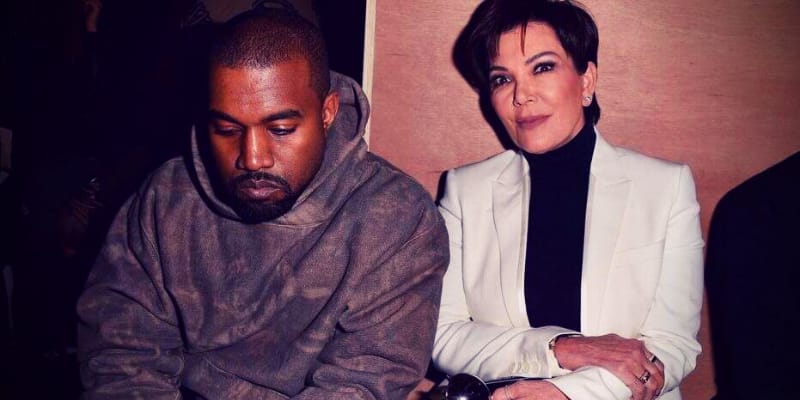 Kris Jenner has broken her social media silence following Kanye West’s now-deleted tweets filled with insults and threats toward her. On July 21st, Kanye tweeted and claimed that he’d already tried to divorce Kim at one point and that Kris Jenner and her boyfriend Corey Gamble were never allowed around his family for trying to lock him up in a mental facility.

At one point during his rant, Kanye even called his mother-in-law ‘Kris Jong-Un’ and a white supremacist in the now-deleted tweets, and even aimed Corey, calling him ‘Calmye’. Now a source has revealed to People that out of all of Kanye’s outrageous claims, Kim was alleged “most upset that he said Kris Jenner isn’t allowed around the kids.”

Furthermore, the source went on to add, “Kris is an important part of the kids’ lives and Kim loves the bond they have, she’s 100% allowed around the kids.”

Kanye also claimed that Kim and Kris Jenner put out a statement without his approval, and quote “that’s not what a wife should do,” after reports were made saying the Kardashians were ‘infuriated’ by his latest antics. The threats and accusations that appeared to be very personal family matters had gone viral in a matter of minutes, which caused Kim to step in and share a few thoughts on how the public perceives Kanye as a person living with bipolar disorder.

Later, She took to her Instagram stories Wednesday to share a well-worded statement that touched on why the family is unable to intervene due to Kanye being an adult and asked the media and the public to respond with compassion and empathy, rather than mockery. While addressing his deeply personal jabs toward members of his family, Kim also defended
Kanye is saying, “Those who are close with Kanye know his heart and understand his words sometimes do not align with his intentions.”

Since Kanye’s campaign appearance in South Carolina on Sunday, Kris Jenner had been noticeably silent on social media, opting out of sharing her opinions on Kanye’s decision to tell the public about him and Kim almost aborting their first daughter North.

Even more, issues arose surrounding Kim working on prison reform with Kanye’s friend and rapper Meek Mill back in 2018 and trickling into 2019. The two allegedly met at an LA hotel to discuss matters further, to which Kanye tweeted that his wife was “out of line,” but continued to defend Meek, saying, “Meek is my man and was respectful. That’s my dog.”

Meek Mill even defended himself against Kanye’s claims saying, “Sh** is cappp, c’mon,” Although many are unsure as to whether Kris Jenner will address Kanye’s insults toward her, staying silent for the time being seems like the right option until at least the family has a better grasp on the situation.

Particularly in light of Kim’s statement and understanding of Kanye’s mental illness, we can only hope that Kris doesn’t want to say anything that could further trigger Kanye.