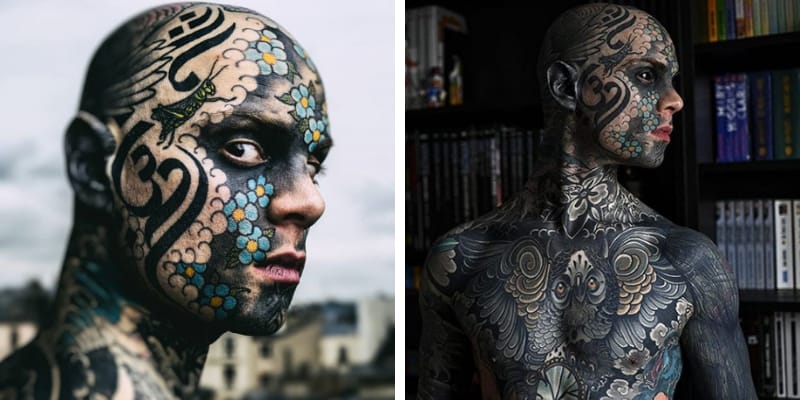 Sylvain Helaine aka FreakyHoody is 35 years old started to cover his body eight years ago, he’s now the star in the Tattoo world and became France’s most Tattooed man. Freaky Hoody aka Mr. Snake is a school teacher by day and Freaky Hoody by night. Yes, you heard it right Mr. Helaine is a primary school teacher in the suburbs of Paris.

FreakyHoody Got His First Tattoo At The Age of 27 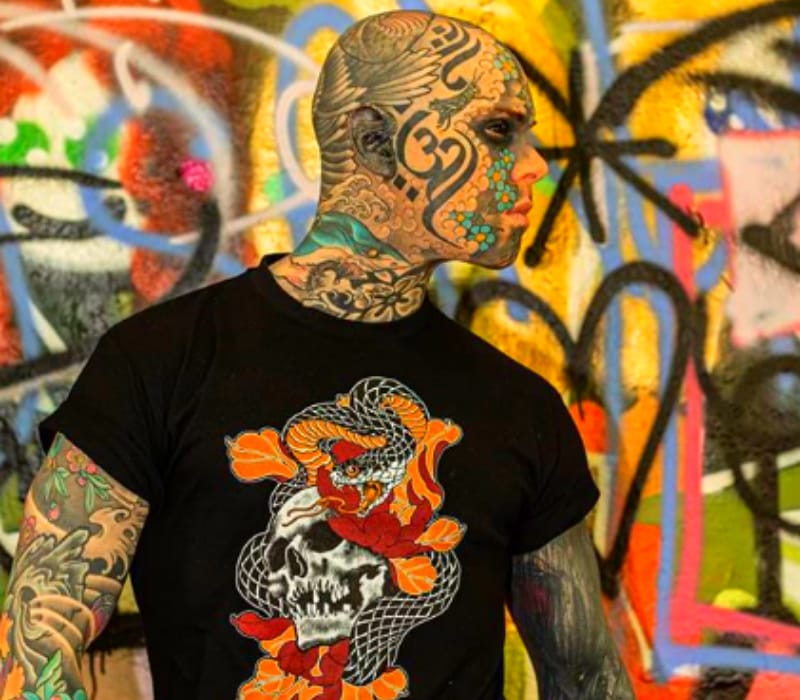 He was a teacher at Private School in London and was 27 years old, he got his first Tattoo and since then he kept getting Tattoo forever. At first, he started with Sleeve Tattoo and till now he has spent £35,000 for getting inked.  Speaking about the Tatts he has on his Feet, Limbs, Eyes, Tongue, Gums, and Soles of his Feet. In his teaching profession, the only problem he encountered was with the parents of children. In an interview, he said some parents sent a letter to the authorities with pictures of him they found on the internet and social media and he was even sidelined for several weeks, but the authority given the green light to Freaky Hoody to continue his teaching and went back to his class.

Sylvain Helaine Is a Model, Comedian, and School Teacher 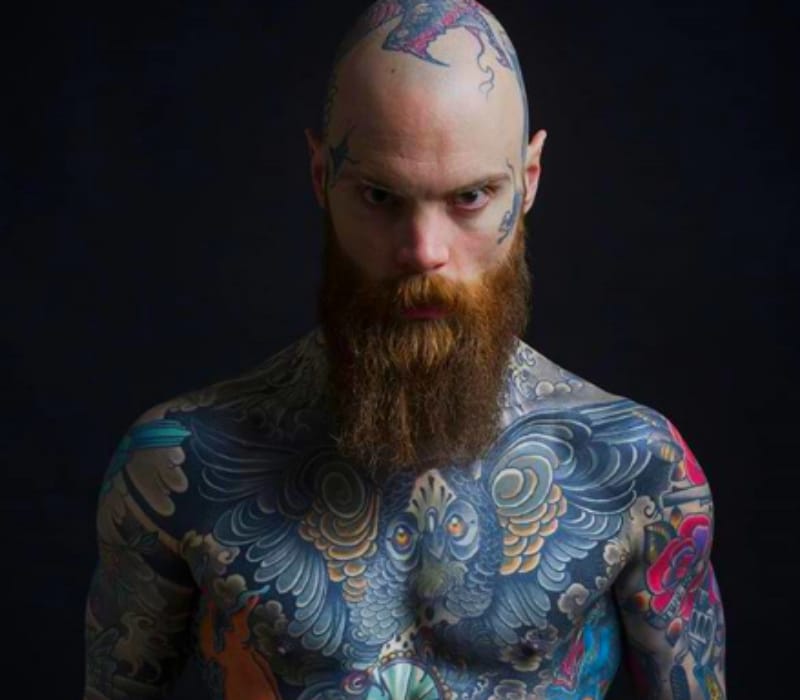 FreakyHoody served as School Teacher before he was removed from the job after a parent complaint to the Higher authority that he scared their child. But, he still teaches children from ages 6 and up. Apart from teaching he does Modelling and Stands Up Comedy. Several model agencies have taken him for films and TV series, FreakyHoody even met with The Matrix’ director Lana Wachowski as well as Mathieu Kassovitz. 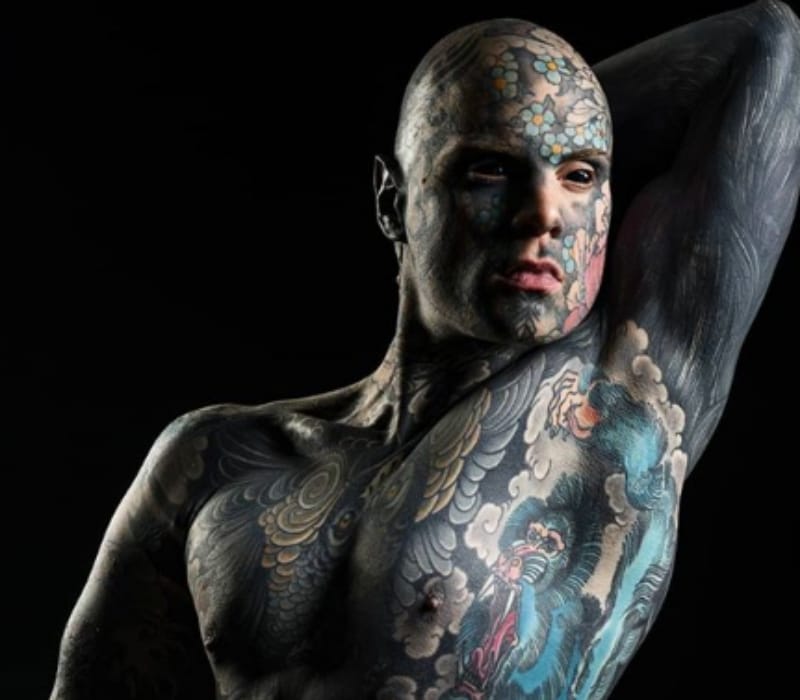 The page was created in March 2018, where you can donate money and support his passion. His page reads “Hey it’s Sylvain aka FreakyHoody! I’m FULLY covered in tattoos from head to toes, as you already know. The first layer is finally done, and because not moving forward is moving backward, I’m officially starting the SECOND LAYER !!! We’ll be doing a blast over; one more time !.” “Every euro collected makes the second layer move forward. The more you give, the faster the blast over goes. 1€/£1/1$ per month might be nothing to you, but with 500/600 people, it’s a full session. More? More sessions it is !.”

He has a father, mother, and one sister, he was born in 1985 and from France. On Instagram, he has 66.9k followers during the time of writing and his bio reads “School teacher, comedian, international model, and performer. Most tattooed French Man, Ninja Joker.”