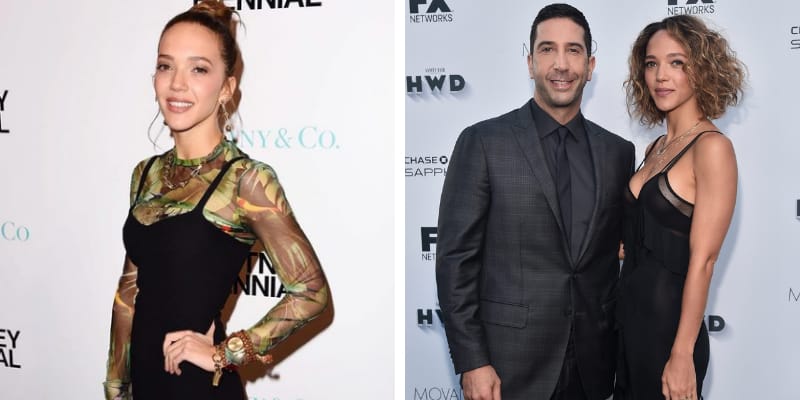 David Schwimmer is an American actor, director, and producer. Schwimmer began his acting career performing in school plays at Beverly Hills High School. David Schwimmer is known worldwide for the role of Ross Geller in the television series “ Friends ” for which he received a Screen Actors Guild Award and a Primetime Emmy Award nomination for Outstanding Supporting Actor in a Comedy Series in 1995. After the final series of Friends in 2004, David Schwimmer stepped into filming and stage performance. David Schwimmer got into a relationship with British artist Zoe Buckman in 2007. They married secretly in June 2010. Their daughter was born in 2011. The couple announced in April 2017 that they were “taking some time apart”. They divorced officially later.

How did Zoe Buckman and Schwimmer Meet? 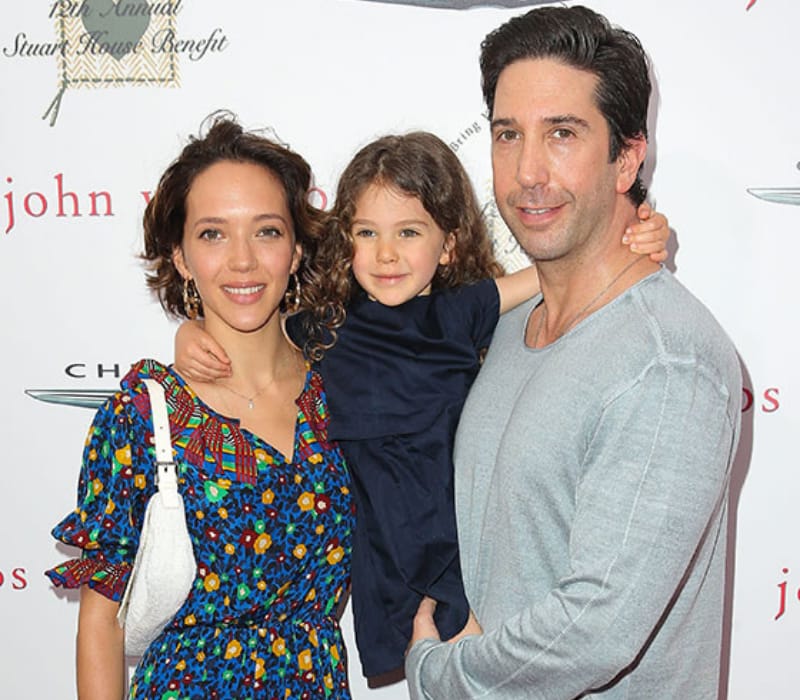 David Schwimmer made his film directorial debut in 2007 with the American-British comedy Run Fatboy Run, starring Simon Pegg. He was no stranger to directing, as he had directed several episodes of Friends during the show’s run. It was there in the location of this film David Schwimmer met Zoe Buckman in the city when she served David as a waitress at Cuckoo Club in London’s West End. In 2007 when David Schwimmer and Zoe Buckman met, David was already a seasoned actor, while Zoë was a part-time photographer at the beginning of her career. David Schwimmer and Zoe Buckman started dating after that. They even walked the red carpet together during the film premiere of Run Fatboy Run in March 2008.

On 2011, May 8th David Schwimmer and Zoe Buckman had a daughter named Cleo Buckman Schwimmer that changed both of their life. “[It’s] hundred percent life-changing and in every way the most joyous and fulfilling and meaningful thing. Period. Hands down,” David said about her daughter’s birth while Zoe Buckman who features Cleo frequently on her Instagram account has said her daughter “[has] bewitched [her] body and soul.” Zoe Buckman and David Schwimmer Announced They Were Separating. Although it was the first marriage for both Schwimmer and Buckman, sadly, in April 2017, David Schwimmer and Zoe Buckman said they were taking a break from their marriage. Unfortunately, the separation proved to be final rather than temporary as the couple finalized their divorce the same year. “Anyone would say the same thing, but of course it’s heartbreaking. You feel somewhat responsible and a sense of failure – and you grieve. I certainly didn’t get married with the idea that it wouldn’t last. I really believed it would,” David revealed. David Schwimmer and Zoe Buckman proving once again how respectful they are for each other their relationship after their divorce has been friendly and cordial. David referring to his ex-wife, “We’re still great friends and, touch wood, we’ve worked out a way to be really respectful and loving and caring and flexible in terms of our co-parenting.” He explained, “In the first 40 years of my life work came first, and after she came into this world I was like: ‘Well, that’s out the window.’ Now it’s a different game. She comes first, no matter what.”

Who is Zoe Buckman? 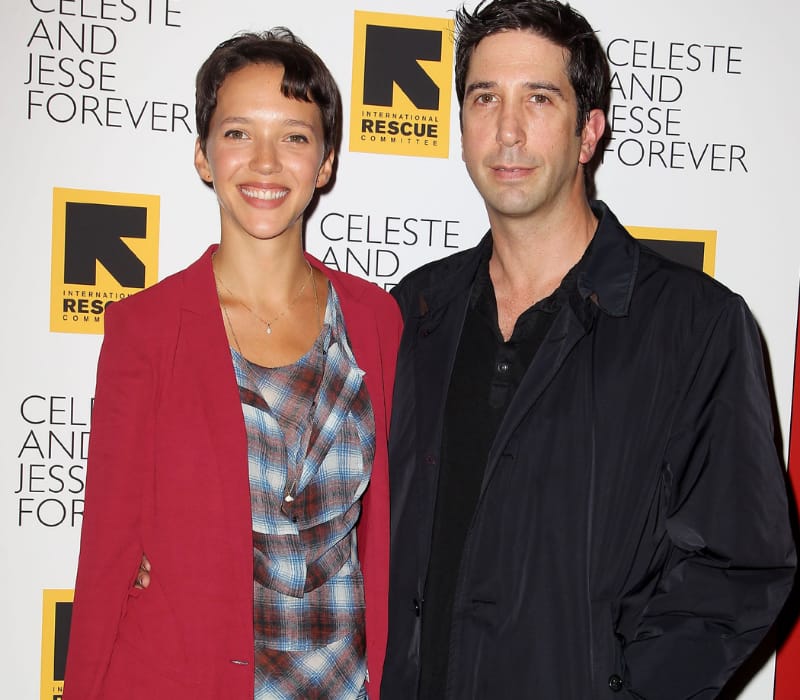 Starting her career life, she is a well-known established photographer. She even has presented her work of arts in various solo and group Exhibitions. Zoe Buckman has steadily risen in the world of contemporary art as a multimedia artist and photographer. Her work focuses on feminism and equality, and she had solo exhibitions in Los Angeles and New York, and her writing about art has been featured in publications such as Vogue and The New York Times. Zoe Buckman is an internationally recognized feminist artist, whose work often addresses abuse, reproductive health, and women’s rights. Some of her hard work includes hidden Gems at Getty Images Gallery(2012), What is(2014), Isn’t at Alan Koppel Gallery, and Africa’s Out(2015) at Gladstone Gallery. Some of her solo exhibitions include Loosat Milk Gallery(2010) and Present Life at Garis(2015) & Hahn Gallery. She was awarded an Art Matters Grant in the year 2017. She made her appearance in the movie, Simon Magus as Beyle as an actress. In 2013, she had produced the short movie, David Gandy’s Goodnight.

How old is Zoe Buckman? 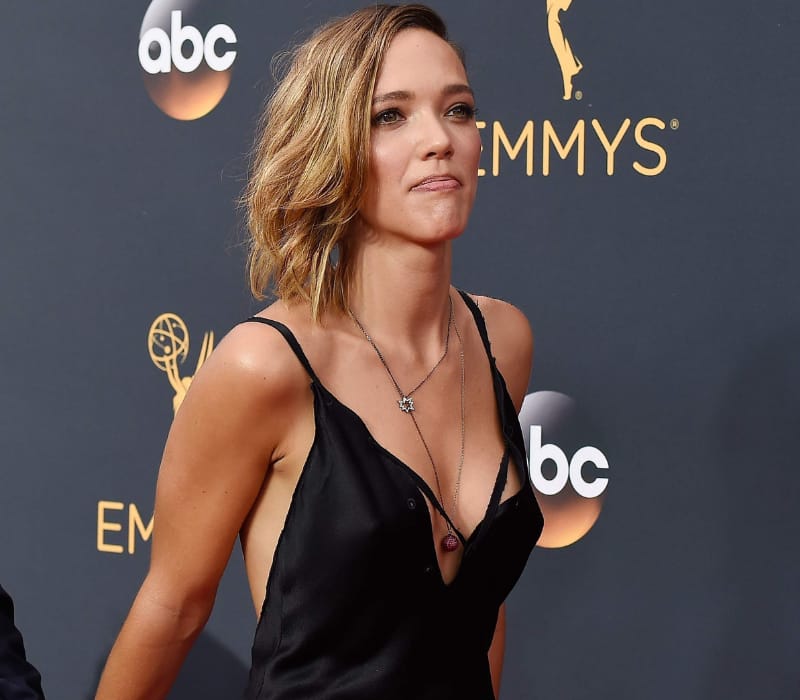 Zoe Buckman was born on 13th September 1985, she is 35 years old. Zoe Buckman’s parents are from London and belong to British nationality. She was born to Nick Blatchley (Father) and Jennie Buckman (Mother), Zoe’s father worked as the government health official and her mother served as the Acting teacher and playwright.

What is Zoe Buckman Net Worth?

The estimated Net Worth of Zoe Buckman is around $8 Million USD.