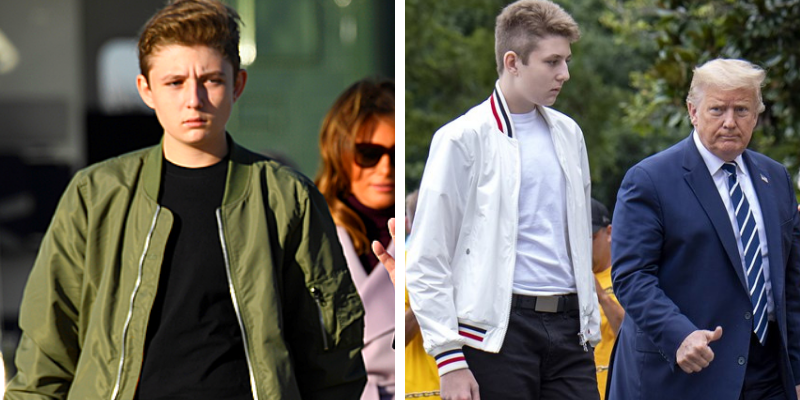 Barron Trump is a celebrity kid who became the first son of a president to reside in the White House since John F. Kennedy Jr. in 1963. Barron Trump was in the headlines for a positive COVID-19 test. Barron Trump’s mother, Melania Trump while talking about coronavirus opened up that her son Barron did test positive for the corona at one point but did not show any symptoms. She wrote: It was two weeks ago when I received the diagnosis that so many Americans across our country and the world had already received—I tested positive for COVID-19. To make matters worse, my husband, and our nation’s Commander-in-Chief, received the same news. Naturally, my mind went immediately to our son. To our great relief, he tested negative, but again, as so many parents have thought over the past several months, I couldn’t help but think “what about tomorrow or the next day?”. My fear came true when he was tested again and it came up positive. Luckily he is a strong teenager and exhibited no symptoms. In one way I was glad the three of us went through this at the same time so we could take care of one another and spend time together. He has since tested negative.

Who is Barron Trump? 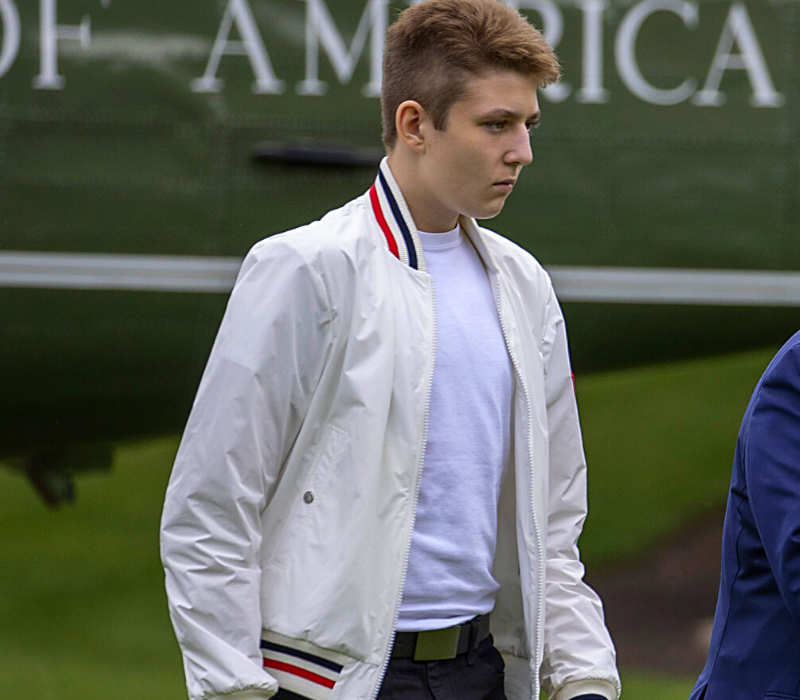 Barron is the son of Donald Trump, the 45th president of the United States, he is the son of former model Melania Trump. Barron Trump’s father Donald Trump is a real estate businessman and television personality. Barron Trump’s mother Melania Trump, a former fashion model and the First Lady of the United States is the third wife of Donald Trump, Melania once revealed that the youngest Trump likes wearing a suit every day — he is “not a sweatpants child.” Also, Barron Trump enjoys golfing like his famous father. Barron Trump has a full name, Barron William Trump, his early childhood days were spent in Trump Tower in New York City, where he grew up having an entire floor to himself. Barron has always enjoyed a life of luxury being the rich kid. Barron Trump’s Mother, Melania revealed that Barron liked planes and helicopters when he was little. She also encouraged his creativity — even when he would draw on the walls. “His imagination is growing and important,” she said. “If he draws on the walls in his playroom, we can paint it over.”

As Barron had to complete his studies at the Columbia Grammar and Preparatory School on the Upper West Side, Barron and his mother Melania stayed at Trump Tower for almost the first five months. On June 11, 2017, they moved into the White House and Barron Trump started attending St. Andrew’s Episcopal, a prep school in Maryland. Barron Trump made history to be the first son of a president to reside in the White House since John F. Kennedy Jr. in 1963. The recent presidents had daughters, while other presidents who had sons were adults who lived outside of the White House. Barron Trump is seen traveling with his parents for a holiday trip to Mar-a-Lago. Barron Trump was also seen heading to Florida to spend the Thanksgiving long weekend at Mar-a-Lago with his parents. Over the past 35 years, every president’s child has attended Sidwell Friends but Barron trump is making history by attending St. Andrew’s Episcopal School. Barron trump should start ninth grade in September, but due to the ongoing coronavirus pandemic, St. Andrew’s recently announced they will begin classes with a virtual-learning-only plan. Barron trump’s main interest is apparently “sports.” Barron trump’s mother Melania shared that Barron is not on social media and that he is “all into sports.”President Trump said he’d have “a hard time” with letting his son play football. “I just don’t like the reports that I see coming out having to do with football,” President Trump said “I thought the equipment would get better, and it has. The helmets have gotten far better but it hasn’t solved the problem.”

How old is Barron Trump? 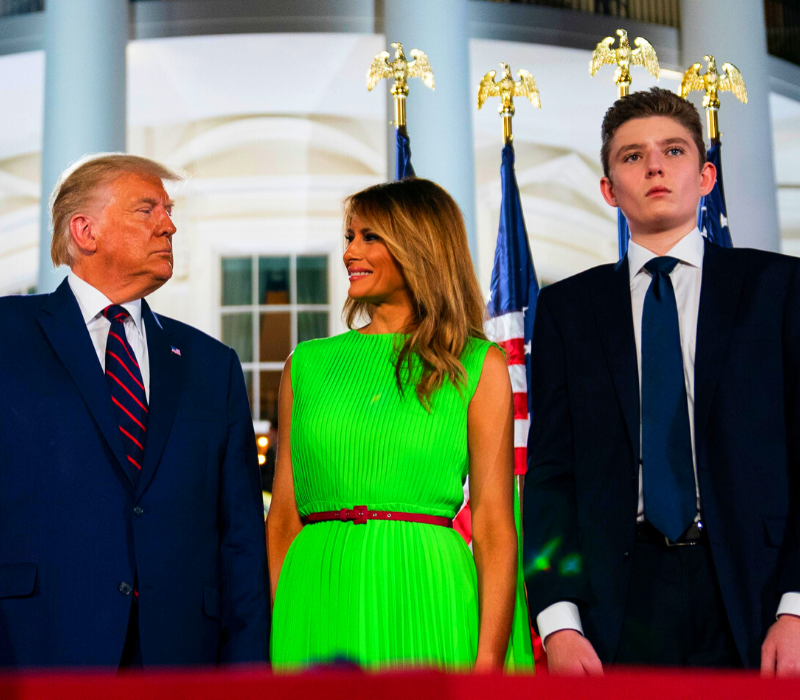 What is Barron Trump Net Worth?

The estimated Net Worth of Barron Trump is between $30 Million to $50 Million USD.