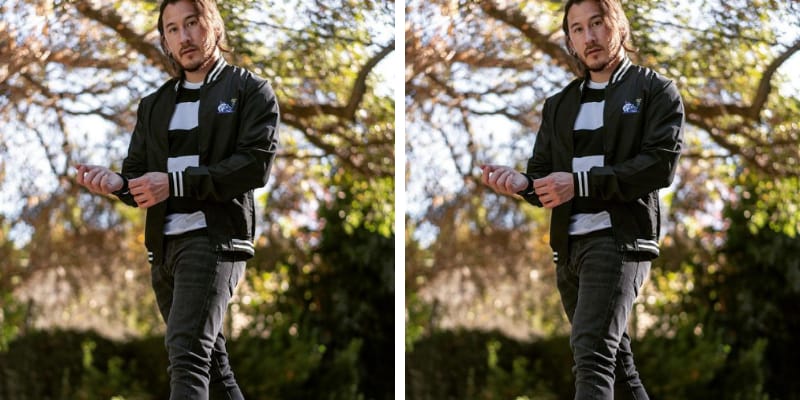 Markiplier aka Mark Edward Fischbach is an American Gamer, Commentator, YouTuber, Comedian, and Actor. He got media attention after Leigh Daniel Avidan who was involved in a Sexual allegation and manipulation of Underage fans. Avidan is an Internet personality, musician, comedian, singer, songwriter, and co-host of the Let’s Play web series named Game Grumps. Markiplier’s name was also dragged on Twitter, for his earlier controversy that involved the YouTuber PewDiePie in 2018, who promoted anti-Semitic propaganda, wherein Markiplier asked people to subscribe to his channel which says “Hitler did absolutely nothing wrong” and “Death to all Jews” in collaborations with Avida.

Leigh Daniel Avidan is not facing the allegation for the first time but over the past of years, there is an accusation against him sleeping with, sexting, and then ghosting younger fans. There was a piece of evidence shared by a victim sharing a video where Avidan was staying in a hotel room in 2017 and showing a hot tub and wherein he had asked the victim to share some pictures of her and sexual messages were exchanged. The victim says she was 17 when the incident took place in 2013, Avidan asked her to meet and potentially becoming a friend. The user made a post of conversation that Victim and Avidan made through Reddit post “led to her meeting him backstage at a Game Grumps Live show where sexual activity occurred.”. later to this meeting, Avidan did not turned up or contacted her, he victim got to know about him only when the same incident happened with her friend.

Avidan uses the same methods to manipulate exclusive to younger fans, in the other case “He’d approach women, cultivate a relationship with them to make it seem as if he wanted to date them or have a serious relationship with them, arrange to meet them for a weekend, then after the first sexual encounter or a single weekend would ditch further contact with them.” In 2013 the other victim claimed that when she was 30 years old she was manipulated by Avidan, victim said “He told me he wanted to ‘build an empire’ with me and that he loved me,” victim said. “He booked fancy hotels in L.A. for us to have sex in. Then when I asked if we could be monogamous I never heard from him again. Next thing I know; he did the exact same thing to my friend.”. After the allegation on social media against Avidan, a lot of other users dragged Markiplier into it on posted stating “Nothing wrong with an edgy joke, but woke people would try to cancel him. But yeah, I don’t think Markiplier is a creep.”. and another post stated “Why tf are people making the Dan situation about how good of a person Markiplier is. I’m not saying Mark has done anything on Dan’s level but you are really taking the light off the victims. If you’re doing this you’re stupid as f**k lmfao stfu.”

What is Markiplier’s Net Worth?

Markiplier aka Mark Edward Fischbach is an American Gamer, Commentator, YouTuber, Comedian, and Actor. His YouTube channel has 28.7M subscribers and has 15 billion views in total, the YouTube channel was started on May 6, 2012. He posts hilarious gaming videos, animated parodies, some entertainment videos, and original comedy sketches. He is also the founder of a clothing company named CLOAK along with a fellow YouTuber named Jacksepticeye. He has 8.6 million followers on his Instagram account. He did his schooling at Milford High School, he was the head of the marching band at school. He also did his graduation from the University of Cincinnati in biomedical engineering, but he had to discontinue to pursue his YouTube career. On 11 Feb 2021, he shared a picture of his clothing brand t-shirt and captioned “he best kind of love story is a self love story. You can trust me on that! I learned this hard lesson after being “metaphorically” stabbed in the back about 37 times by people I THOUGHT I could trust hahaha… but that’s all in the past! And I’m a better person for it! Way better person really. Better than them anyway… In fact I realized that the only person who could truly appreciate the incredible person that is me… is me! Learn to love yourself with Self Love Story available at cloakbrand.com

He was born on June 28, 1989, in Honolulu, Hawaii, U.S, he is 32 years old. Currently, based in Los Angeles, California. His father Cliffton M. Fischbach died in 2008 who served in US Army and his mother name Sunok was also called Momiplier by Markiplier and his fans. He has a brother named Jason Thomas Fischbach who is an artist and an Author of webcomic Twokinds. Markiplier and Amy Nelson is dating since 2015, Amy is an animator and graphic designer from Cincinnati, Ohio, she is also known online as Peebles. She is currently staying in a Los Angeles apartment with her friends. Markiplier and Amy Nelson have made a lot of videos together and she officially appeared on mark’s YouTube channel “DON’T LAUGH CHALLENGE #5″.

The estimated net worth of Markiplier is around $30 Million USD.