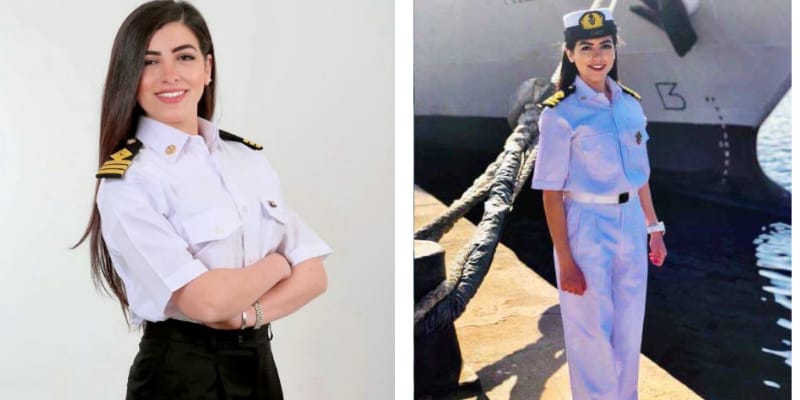 Marwa Elselehdar is the first female Ship-Master in Egypt. She was recently blamed for blocking the Suez Canal for almost a week, even though Marwa was woking a hundred miles away from the ship. At the time of Suez blockage, she was working in command of the Aida IV in Alexandria. The screenshot of the fake news largely spread about Marwa Elselehdar’s role on the Ever Given, Marwa says “I was shocked”. On March 22nd The image was spread through the Arab News channel, from which under her Twitter accounts several users spared false claims against her involved with the Ever Given.

Elselehdar said “This fake article was in English so it spread in other countries” added, “I tried so hard to negate what was in the article because it was affecting my reputation and all the efforts I exerted to be where I am now.”. However, she says “The comments on the article were very negative and harsh but there were so many other supportive comments from ordinary people and people I work with.” 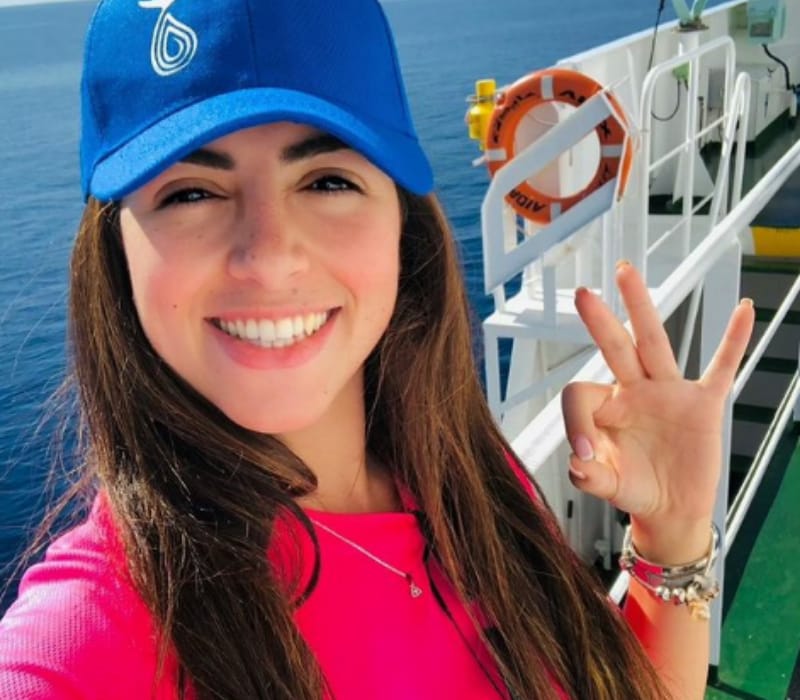 She was the first woman to get into work as a sea captain in Egypt. She says, has no idea who trying to spread this false news and said “I felt that I might be targeted maybe because I’m a successful female in this field or because I’m Egyptian, but I’m not sure,”. She also says this is the first time facing this kind of issue.

Marwa was inspired by her brother who joined the merchant navy and enrolled in AASTMT, she has faced sexism during her studies. During her academy time, only men were accepted, after the legal review from Hosni Mubarak Egypt’s former President she joined the academy. She says “It was challenging to go through this alone and be able to overcome it without affecting my mental health.” added to it “Onboard, they were all older men with different mentalities, so it was difficult not to be able to find like-minded people to communicate with”. She was the only women student among 1,200 students.

On Nov 18th, 2020, she shared a post on Instagram and captioned “Sometimes, in order to reach your goal, you may face a lot of consequences, and people may not help you, and you may lose your energy due to the pressures around you, but you have to work harder and think that after all this fatigue, there is a sweet need, and you will forget all this pain and you will think that it is an experience that I learned from and you will do better for your next goal. Never let anything put you down be a fighter lose and win and don’t forget to enjoy every moment” 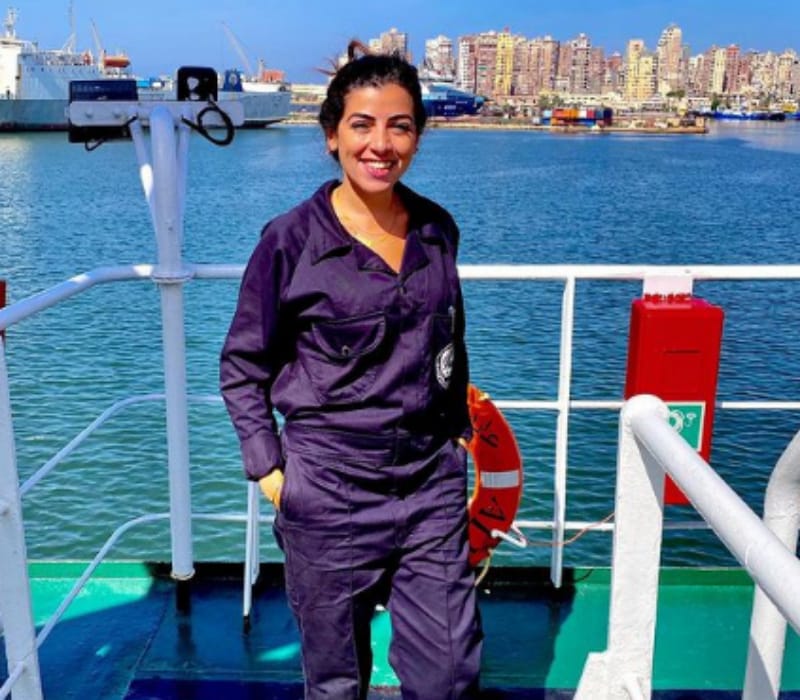 Marwa is the First female ship-master in Egypt. On her Instagram account, she has around 51.7K followers. She worked as a second officer on board the Aida IV ship and rose to the rank of the first mate. In 2015, she captained the newly navigated Suez Canal and was the first female and youngest Egyptian captain to cross the waterway. She also worked at the Arab academy as a maritime business development coordinator.

She did her schooling at Saint Fatima language school in 2005. She graduates from the college of maritime transportation at the Arab academy in science, technology, and maritime transport. In 2017, she got her Master’s in business administration from Cardiff metropolitan university.

On 2nd April 2021, she shared a picture on Instagram and captioned “I was honored to be honored by the member of the Senate, Eng. Ihab Zakaria and I thank you for your hospitality, your good taste, and your superior handling. This honor made me happy because it indicates the encouragement of the state and its men to empower women and appreciate their efforts. Thanks regret @ehab9142”.

How old is Marwa Elselehdar?

How old is Marwa Elselehdar? She was born in 1990 Egypt, now her age is 30 years as of 2021. No many details about her parents. She has one brother who is also in the Department of Maritime and also has a sister named Ayahh M Ali. Her parents and brother are very supportive of her career path.

Who is Marwa Elselehdar Boyfriend 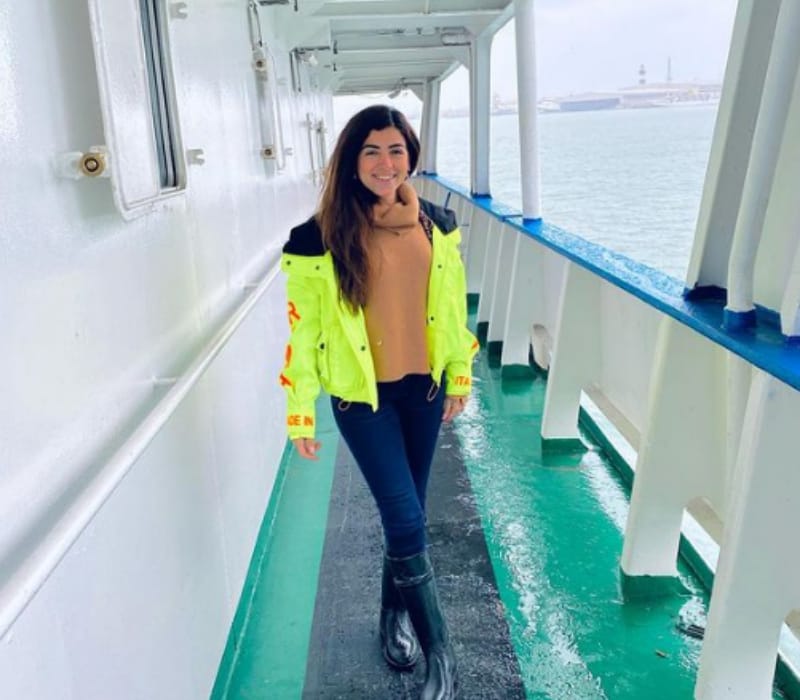 She has kept her love life in private, we will keep you posted once we receive any information regarding her love life. 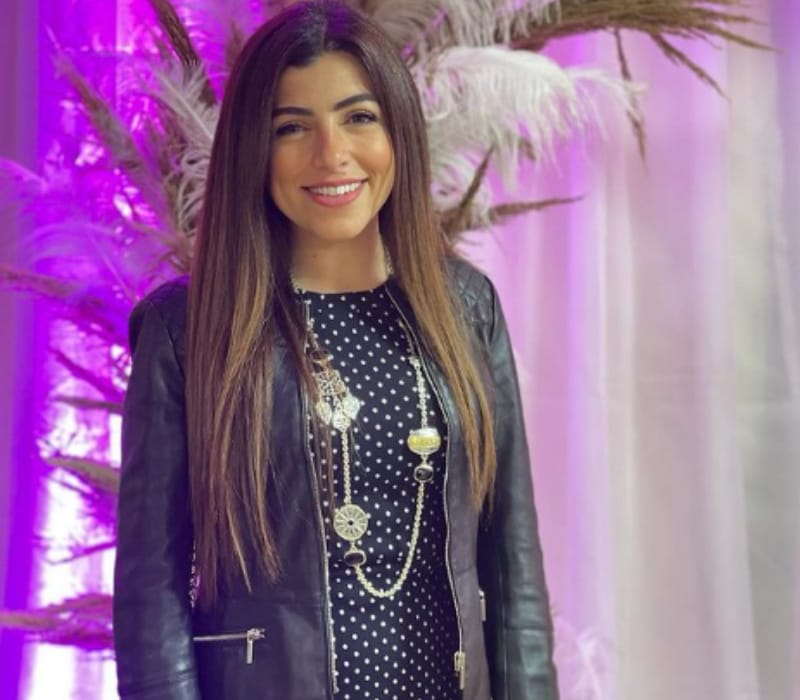