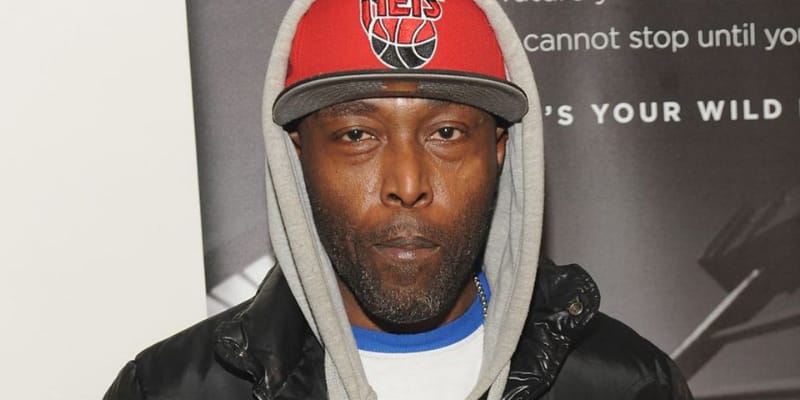 Black Rob aka Robert Ross, an American rapper, who is best known for the hit single “Whoa!”, which reached the Billboard Hot 100, died at the age of 51 on April 17th Saturday morning in the hospital in Atlant. He passed away due to Kidney failure. DJ Self confirmed Rob’s death through an instagram post. He wrote “Lord knows I tried to get help …… I’m sad to say RIP to Black Rob ….. Passed away in the hospital in Atlanta.” The weeks later, his last video which he sent out to DMX from the hospital went viral, the rapper spoke about being in pain. He said “he said in the video that surfaced on April 11. “Four strokes… I don’t know what to tell you, man. S**t is crazy. This s**t is hard. I don’t got no house to live in — except maybe an apartment. Me and my man be trying to get together. I’m telling you man, this s**t is strange. “It’s hard, you know what I’m saying? I don’t know what the people want to do, what the people going to say. I need some rest, man. Really, man. I need some rest. My side is killing me. Oh s**t. I don’t want to talk about it any more. ”

Also admitted he was struggling financially, the producer Mike Zombie had created a GoFundMe page on 12 April 2021 for Rob to raise funds for medical expenses. On the fundraiser page, Mike Zombie and Mark Curry were the organizers. However, up to $28,961 was raised through the page at the time of writing the article. The page described “Robert Ross (born June 8, 1968) known professionally as Black Rob, is an American rapper who was formerly signed to Bad Boy. He is best known for the 2000 hit single “Whoa!”, which reached the Billboard Hot 100.[2], This Gofundme is to help him find a home, pay for medical help & stability during these trying times. We’ve lost a lot of legends and we can’t afford to lose anymore. This is my way to try and help”. Social media was filled with Tributes to Rapper from Celebrities, Friends, and fans after his death confirmed. Otto Von Biz Markie wrote “RIP Black Rob, one of the great millennium-era crime rap novelists, gruff but with Harlem slickness, who endured fire & brimstone to briefly reach the apex, before gravity and the law took hold. Of course, “Whoa,” which owned the world for a full year, the platonic tunnel banger.” Jonathan Shrager wrote on Twitter “My whole effin flow on the mic is whoa! That song was always on in my purple Fiesta when I passed my test back in 2000. RIP Black Rob. Read another comment.“RIP Black Rob. I don’t know how many good memories I have of vibing to this track with my homies for over a decade, from oppoballin’ in high school to straight ballin’ in Vegas gambling, driving through the desert, and skydiving. Owe you like WHOA!”. a fan tweeted. “Another sad day in Hip Hop with the passing of Black Rob! It saddens me even more than his video of crying out for help was very recently. Let’s show love when ppl are here, not when they go. Rest Easy King,”

Black Rob was associated with the American record label “Bad Boy Label” in 1996, he is a Harlem-based rapper. We do not have much information regarding Black Rob’s wife or girlfriend. However, he is the father of four children named Kayli, Rianna, Million, and Diamond. At some points he would definitely, have married and which has not been revealed yet to the world by Rob, and kept his relationships under wraps. The large position of his wealth came from his career part, Rob’s estimated Net Worth is $2.3 million USD.