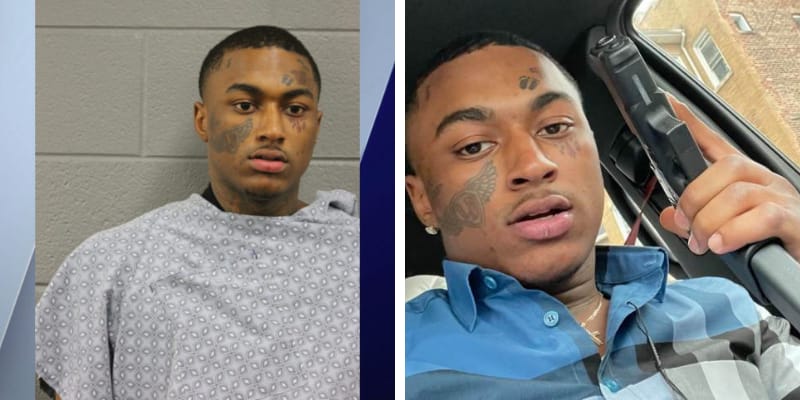 Marion Lewis is 18 years old who is the murderer for the killing of 7 years old girl Jaslyn Adams from Chicago and wounding the girl’s father 29 years old Jontae Adams. Marion Lewis is currently been charged with first-degree murder, he was found killing the seven-year-old girl Jaslyn Adams outside the McDonald’s in Chicago, while waiting with her father inside the car on 22nd April 2021 Sunday. The incident took place at 3200 West Roosevelt Road, near the intersection at 4.18 pm. Both the victims were inside the car during the incident. The baby got shot six times and her father got shot too. The police confirmed it was a gang-related shooting. in which the father was injured and the daughter was shot.

On Sunday, April 18th, 2021, Chicago Mayor Lori Lightfoot tweeted saying, “I am heartbroken and angered that a 7-year-old child was killed this afternoon on Chicago’s West Side. This unthinkable act of violence has no place here. The epidemic of gun violence cutting our children’s lives short cannot go on.” The community activist Andrew Holmes said “You pumped six and a half bullets in that baby. That don’t make you a man. That don’t make you a gangster! Something wrong with you.” added “if you have any kids, have you ever taken your kids to McDonald’s? Have you took your kids to eat,”

Who is Marion Lewis?

Marion Lewis is 18 years old who is the murderer for the killing of 7 years old girl Jaslyn Adams from Chicago and wounding the girl’s father 29 years old Jontae Adams. As per the report he has been faced with multiple felony charges and also including attempted murder and was arrested on April 22nd 20201 on Thursday. Currently, Lewis is facing a slew of other charges including robbery, aggravated assault on a police officer, multiple counts of aggravated discharge of a gun, aggravated vehicular hijacking, possession of a stolen vehicle, and unlawful restraint

According to law enforcement officials, recently, Lewis hijacks a family vehicle that was stopped in the traffic and crashed his car. Later, police shot him multiple times, and reportedly, two gunshots were removed from lewis’s body. and Later, it was found that he was one of the suspects in the McDonald’s shooting. David Brown who is Chicago Police Department Superintendent said on Saturday “You can run, but you can’t hide. We are going to bring you to justice for this crime,” added “We are limited in what we can say because we have other offenders to bring in on this horrific crime.” Lawanda McMullen, who is Jaslyn’s grandmother said a message to the suspects, “Just turn yourself in. You know a 7-year-old girl had nothing to do with that at all. You know if you have any heart, you know if you have a child — just think about your family.”

How old is Marion Lewis?

Marion Lewis was born in 2003, in The United States of America now his age is 18 years as of 2021 and he stands 5 feet 7 inches tall. We do not have much information regarding his parents. However, we will keep you updated very soon. After Lewis was faced multiple charges, users took to Twitter and one wrote “We need to clean up America and get back to our moral society. We need to take away everyone’s guns” Another tweeted “Horrible story. So sorry for the victim’s parents & family. Get rid of the guns PLEASE. “ Another Tweeted stating “All the judges and DA’s who repeatedly released him should go to jail! This tragic murder could have been prevented. Where are the protests for this young girls life.”