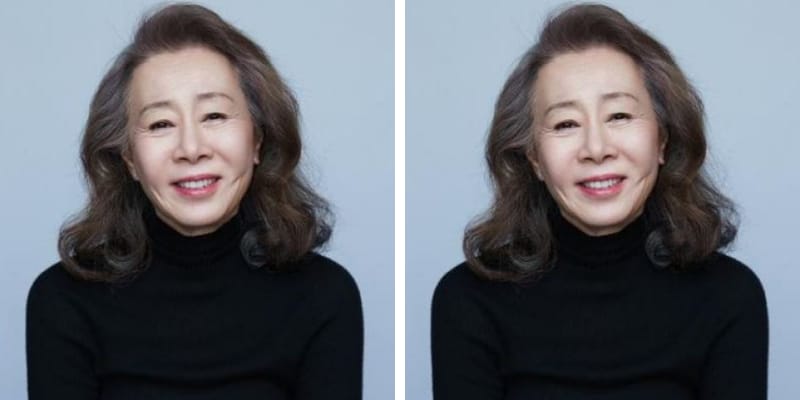 Youn Yuh-Jung is a South Korean actress who won an Oscar for Best Supporting Actress for her role in Minari, the 73 years old actress won the internet for her acceptance speech, Jung arrived on the stage by thanking presenter Brad Pitt and she said “Mr. Brad Pitt, finally, nice to meet you”. Later, Brad Pitt was seen blushing and the 73 years old actress went on to ask Brad Pitt where he was when she was filming Minari, then Youn Yuh-Jung went on to give a heartfelt speech and to date, it was the best Oscar Speech. The film Minari is an American drama film written and directed by Lee Isaac Chung and it was nominated for six categories such as “Best Supporting Actress,” “Best Picture,” “Best Actor,” “Best Director,” “Best Original Score,” and “Best Original screenplay.” However, the movie didn’t win in any other category but Youn Yuh-Jung won an Oscar in the best supporting actress category.

Actress Glenn Close was in the same category where Youn Yuh-Jung won and Youn joked that she’s being luckier than her fellow nominees. Other nominees were Amanda Seyfried, Olivia Colman, and Maria Bakalova, at the end of the speech Youn thanked her two boys, she said: “Thank you to my two boys who make me go out and work.” After Youn lifted the Oscar she made the audience burst out laughing by saying “this is the result because mommy works so hard.” In an interview with The Observer, Youn said her reward would be to keep getting new films, well we wish her good luck for her future project.

Who is Youn Yuh-Jung Husband?

From 1974 to 1987, Youn Yuh-Jung was married to Jo Young-Nam, who is a South Korean singer, Painter, Writer, and Television Personality, the former couple shares a son named Jo Eol. In 1974, Youn Yuh-Jung took a break she married Jo Young-Nam and then moved to the USA, in 1984 she returned to Korea and resumed her acting career.

What is Youn Yuh-Jung Net Worth? 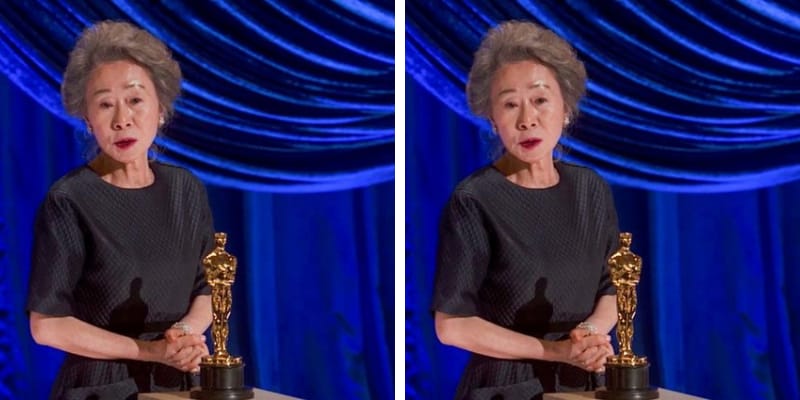 Youn Yuh-Jung made her acting debut in the TV drama “Mister Gom,” in 1967 and rose to fame for her work in the movie ” Kim Ki-young’s Woman of Fire,” she won Best Actress at the Sitges Film Festival for her role. Then, Youn played the character of a titular infamous royal concubine in the MBC historical drama Jang Hui-bin. For the movie, Woman of Fire (1971) Youn won several awards for her role and went to act in the movie The Insect Woman (1972) and Be a Wicked Woman (1990). In the 1980’s she took a break from the Entertainment industry after she got married to singer Jo Young-Nam and they were together from 1974 to 1987. Looking at her career, she’s known for her work in the film – The Housemaid (2010), The Taste of Money (2012), The Bacchus Lady (2016), and Canola (2016). The actress Youn Yuh-Jung also know for her work in the South Korean TV series such as Men of the Bath House (1995), Be Strong Geum Soon (2005), Daughters-in-Law (2007), My Husband Got a Family (2012), and Dear My Friends (2016). In 2020, she played the role of Soon-Ja, a grandma of a Korean American family for which she won Oscar for Best Supporting Actress.

The estimated Net Worth of Youn Yuh-Jung is around $1 Million USD.