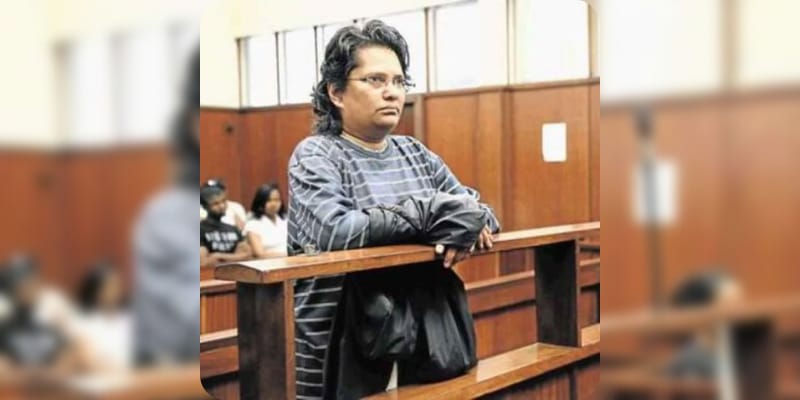 Ashish Lata Ramgobin is a great-granddaughter of Mahatma Gandhi, currently, she has been sentenced to seven years in jail by a Durban court in a 6-million-rand cheating, fraud, and forgery case. She was pronounced guilty of defrauding businessman SR Maharaj, who paid her in advance 62 lakh rands to clear import and Customs duties for a non-existent consignment from India. He had been promised a cut in the profit for extending the financial help.

In Aug 2015 during the trial, the National Prosecuting Authority Brigadier Hangwani Mulaudzi said Ms. Ramgobin had forged documents and fake receipts to prove that the containers carrying linen were arriving in South Africa from India. Later, the court gradated bail on a 50,000-rand surety. The court during the hearing was informed on Monday, that in August 2015, Lata Ramgobin had met Maharaj, director of the New Africa Alliance Footwear Distributors. The company imports and manufactures and sells clothing, footwear, and linen. Also, Lata has informed Maharaj that she had imported three containers of linen for the South African Hospital Group NetCare.

NPA spokesperson Natasha Kara said “Lata Ramgobin said she was experiencing financial difficulties to pay for import costs and customs and she needed the money to clear the goods at the harbor.” continued, “She told him [Maharaj] that she needed R6.2 million. To convince him, she showed him what she claimed was a signed purchase order for the goods. Later that month, she sent him what seemed to be a NetCare invoice and delivery note as proof that the goods were delivered and payment was imminent,”. Added, “further Lata Ramgobin sent him confirmation from NetCare’s bank account that payment had been made.”

Who is Ashish Lata Ramgobin?

Ashish Lata Ramgobin was the Executive Director and Founder of the Participative Development Initiative. Participatory Development Initiative is a non-profit and non-governmental organization, which was started on January 29, 2000, it was created by young community development professionals, researchers, media professionals, human rights activists, and trade unionists. In 2010, she served at Contemporary Business Solutions as an Executive Director. Later, in 2016, she served as a Managing Director at United Trade Solutions for over 5 years which is based in Durban Area, South Africa.

She attended Glenhaven Secondary School in 1988 and graduated from the University of South Africa with a Master’s degree in Public Administration. Her bio describes her as “Experienced Executive Director with a demonstrated history of working in the professional training & coaching industry. Skilled in Nonprofit Organizations, Government, Program Evaluation, Entrepreneurship, and Proposal Writing. Strong business development professional graduated from University of South Africa.”

How old is Ashish Lata Ramgobin?

Who is Ashish Lata Ramgobin Ex-Husband?

Ashish Lata Ramgobin was married to Mark Choonoo, who serves as a Director at Business Palette, the duo is blessed with two children named Nikhil Choonoo (Son) and Mira Choonoo (Daughter). The couple got divorced due to personal issues.