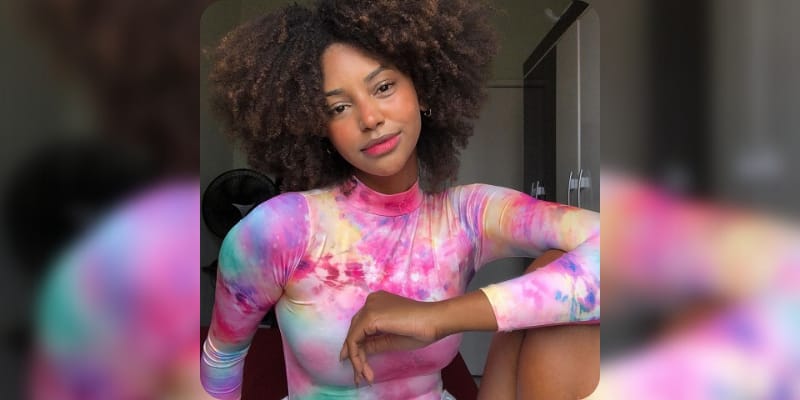 Kathlen Romeu is 24 years pregnant woman who died after being hit by a stray bullet during a police shootout. During the shootout between police and drug gangs, she was hit by a single shot in her torso. After the incident, the cops took her to the nearest hospital neither she nor her baby survived. On June 9, 2021, Wednesday her family and friends were gathered to mourn and more than 100 people went to her wake and burial. Brazil Law enforcement authorities have reportedly investigated and opened separate three investigations about the shootout. Just a few weeks back she posted her picture on Instagram showing off her baby bump. After Romeu’s death, residents blocked a highway connecting the southern and northern zones of Rio. Protesters blocked traffic, holding signs saying: “We want peace” and calling for justice. A protester said, “We want the police to stop these operations that oppress and exterminate us.”

In her final posts before her shocking death, she posted about her pregnancy. On 2nd June 2021, she shared her pregnancy picture on Instagram and captioned “There are 13 weeks and 3 days with the love of my life… I confess they are very different! A new thing every time! Sometimes I wake up scared and thinking it’s not real, but here comes a lion’s hunger, a headache, an endless sleep, uncontrollable nausea, and heartburn that only Jesus is helping me! There are times when I think I’ll get stuck with my burping! Yeah, it’s been that way and at this time I remember I’M PREGNANT. Even with all that, today I’m writing this text feeling very happy and fulfilled. I feel like I now have a bigger reason to be the coolest person ever! Do you know that girl woman that people admire and are proud of?! Today she wants to be more and more!!! All for this little being that I carry inside! I’m discovering myself as a mother and I’m scared thinking about how it’s going to be… I laugh, cry and I’m afraid. A mixture of feelings. Maybe the craziest in the world, but I’ll laugh in front of it all…thank you Lord for blessing my womb and allowing me to generate the LOVE OF MY LIFE!!! Baby, I feel ready to receive you, love you, take care of you!!! God bless us! My blessing has a name: Maya or Zayon .”

Who is Kathlen Romeu?

Kathlen Romeu was an Interior designer, model, and entrepreneur. Her Instagram boasts 43.9k followers with 167 posts while writing this article. She also owned an online clothing line “ The Farm”. According to the bio on the website “The FARM is less high heels and more feet in the sand. less makeup and more tan. less flat iron and more hair drying in the wind after a dip in the sea. less mirror and more eye to eye, less clock and more our own time! in a natural and very organic process, Marcello Bastos and Katia Barros managed to translate, like no one else, who the carioca girl is, inspiration for a lifetime!.”

One friend said at her burial “We just want justice, that’s all,”. During the shootout Romeu was with her grandmother Sayonara Fátima de Oliveira, she said, “it all happened very suddenly. My granddaughter fell as a lot of shooting started. I tried to protect her because I knew she was pregnant. I saw a hole in her arm and shouted for help. I lost my granddaughter and great-grandson in a barbaric shootout.”

How old was Kathlen Romeu?

Kathlen Romeu was born on Oct 5th, 1997 in Brazil, she is 24 years old at the time of her death. Talking about her parents, she was born to Jacklline Lopes (Mother ) and she has a stepfather named Luciano Dos Santos Gonçalves who is a personal trainer.

Who was Kathlen Romeu Boyfriend?

Kathlen Romeu was in a relationship with Marcelo Ramos, who is a tattoo artist at Loce Tattoo and a Graphic Designer. After his girlfriend’s death, he took to Instagram and wrote “The culprit has a name: it’s the state, it’s the unprepared police. A month ago, there was the Jacarezinho massacre, now it’s Kate – and next month another family will lose someone close.” added “The news is repeated so often it makes you sick. Innocent. Black. Dead. Police operation.” Continued “Black lives matter. And it is absurd and hellish to have to say that.”

On 9th June 2021, he shared her pregnancy picture and captioned “My love will never be forgotten, you, Maya/Zayon will always live inside of me, I’m completely groundless, sometimes it’s hard to understand God’s will, but I know you’re better than us. Here I will only miss you and the memories of you, the most radiant and lively person I’ve met in my life, I’ll win for you. May God give me strength. I love you forever.”

What was Kathlen Romeu Net Worth?

The estimated Net Worth of Kathlen Romeu was around $500k USD.