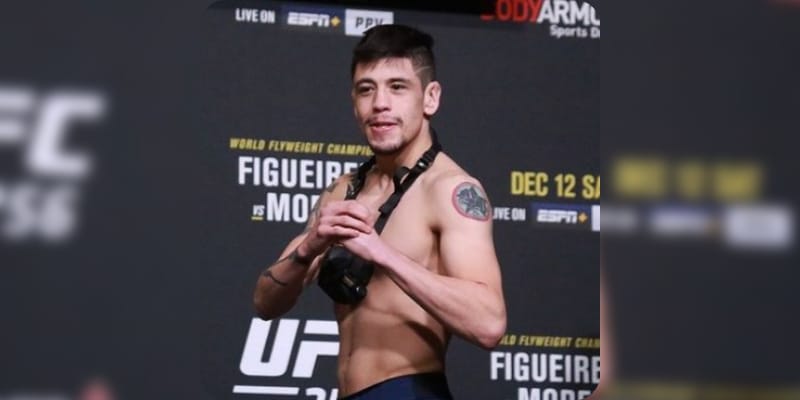 Brandon Moreno is a Mexican professional mixed martial artist, he is all set to bring the UFC flyweight belt back to his homeland. At 27 years of age, Brandon Moreno became the youngest current champion in the UFC after submitting flyweight winning and defeating Deiveson Figueiredo at UFC 263 at the Gila River Arena on Saturday night. Before the fight, Moreno took to Instagram and captioned “I fight for Tijuana, Mexico, my home, and my family. To preserve the symbols that matter most to me, I use the @shopmadrabbit tattoo aftercare balm. My tattoos are my journey and I wouldn’t trust them to anyone else. #MadRabbitPartner #bebold.”

Moreno said in his post-fight interview to Joe Rogan “To all the people in my country, all my Mexican people, just know you can do it if you want to. You can do whatever you want, man, whatever you dream of. Thanks for everyone, this shows that if you want to do it, you can do it.” Added “I spent a long time on this training camp for long. I put my all into this. I started the year working on the camp [after the first fight], making drills to prepare, to be better today, and look at me now, I’m so [expletive] happy. Viva Mexico!”

Many fans and friends congratulated Moreno for the win. One tweeted “This man deserves it major respect MAMA THERE GOES THAT MAN.” Another said “An amazing fight and moment. Incredible sportsmanship by Figueiredo too. Hell of a moment.” While another tweeted “Brought a tear to my eye. Absolute warrior. I hate to compare this but UFC Canelo.”. “Awesome!! I don’t know wtf he said but sounded great! That was great to watch.” Another user tweeted.

What is Brandon Moreno Net Worth? 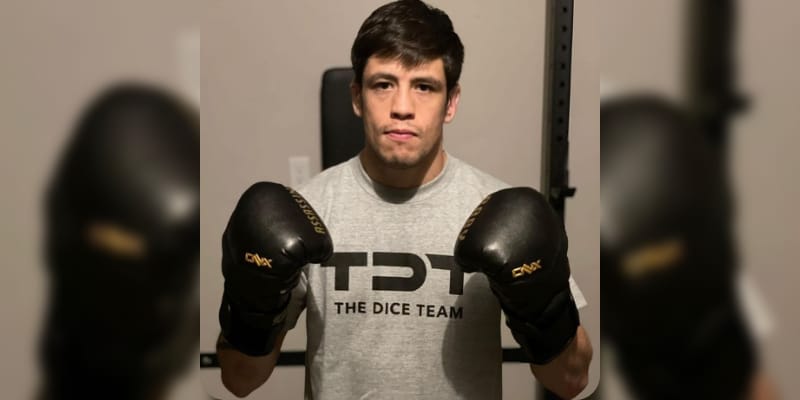 Brandon Moreno was born on December 7, 1993, in Tijuana, Baja California, Mexico, he is 27 years old. Currently, he is the No. 1 Best MMA Flyweight Fighter. He is a professional MMA fighter who competes as a Flyweight in the UFC and is best known for his submissions, his most-used one being the rear-naked choke. He is in the professional since 201, he has competed at the Legacy Fighting Alliance and LFA Flyweight champion.

He has earned the moniker ‘The Assassin Baby’ and signed a multi-fight contract with the Legacy Fighting Alliance, his debut match was in April 2011, in his home country of Mexico. He made his debut at World Fighting Federation in 2014. Moreno was the cast member of Team Benavidez in the 25th season of Fox Sports’ The Ultimate Fighter’. As a combatant for the organization Moreno joins the ranks of other UFC legends such Georges St-Pierre, Anderson Silva, Randy Couture, and Jon Jones for the organization. His Instagram boasts 470K followers with 904 posts while writing this article.

At the UFC 256 fight against Deiveson Figueiredo, he earned $180,000 and his recorded MMA fight earnings total is around $657,500, his earlier match against Brandon Royval earned around $75,000 and in march his UFC Fight Night: Lee vs Oliveira match against Jussier Formiga he earned up to $71,000. The estimated Net Worth of Brandon Moreno is between $500K to $1 Million USD.