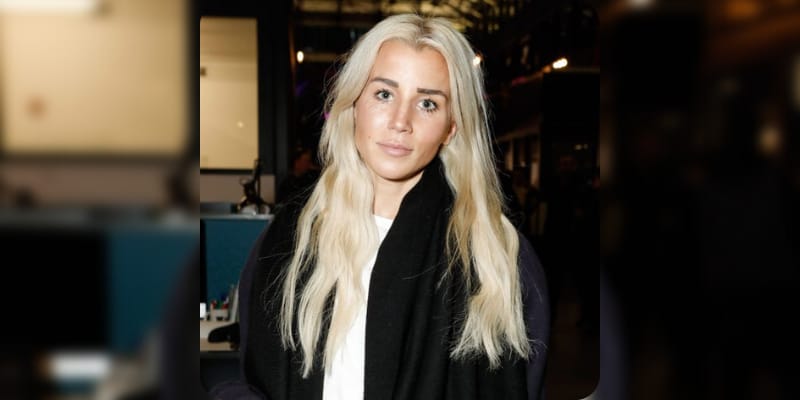 Caroline Biden is the niece of Joe Biden. Recently, the text message of January 2019 between her and her cousin Hunter Biden got leaked which Hunter Biden referred to Asian women as “yellow”. According to a report In the conversation, Caroline was trying to set him up with one of her model friends. She attended New Lab Annual Open House Party at New Lab in Brooklyn, New York.

The conversation was preserved on Hunter Biden’s abandoned laptop and It was first reported by DailyMail.com. In the text message at one point before added “Do you want foreign or domestic,” added “I can’t give you f—ing Asian sorry. I’m not doing it.”. The next two messages from Hunter read: “Domesticated foreigner” and “Is fine.” He then adds: “No yellow.”. This is not the first time Hunter Biden has got into controversy, in February 2021 it also got leaked that he having sex with his brother Beau Biden’s wife Hallie. The two cousins are pictured on vacation at Surf and Sand Beach Resort in Laguna Beach in 2018.

After the text went viral on social media, many users took to Twitter and one user tweeted “I didn’t know Caroline Biden was a Pimp read this text exchange and tell me she isn’t.” Another tweeted “Sure looks like Caroline Biden traffics women @JoeBiden care to explain this at your next rehearsed and scripted presser or can you call on a real journalist who will ask more than what flavor ice cream you prefer?.” While another tweeted “I truly don’t care about the Hunter/Caroline Biden thing. Or the Hunter/n***a thing. If anything, it gives away the game and it bolsters my thesis. I wouldn’t call the Bidens elite, but *wokeness is not elite.* Woke is PMC, and that’s good because it means we can stop it.”

Who is Caroline Biden?

Caroline Biden is the daughter of James Brian Biden, who is Joe Biden’s brother. She is one of the president’s seven nephews and nieces. James Biden served as one of the managers of Joe Biden’s presidential campaigns. She is very private about her personal and professional life, she does not have any social media account. She graduates from Georgetown University. She also earned interned at Proof Integrated Communications from 2010 to 2011 and also previously worked as an art dealer at Higher Pictures in New York City.

In 2019 she embroiled in a car crash and in August 2019 she was sentenced to between 20 days and six months of ‘confinement’ after she hit a tree in Pennsylvania. During the crash in her car pill bottles, of carisoprodol and lorazepam were in her system, both the drug was banned. However, she was sentenced to five or more months of probation, and also paid a $1,990 fine and plea deal with the Montgomery County district judge. In 2013, she was arrested and charged with resisting arrest, harassment with physical contact, and misdemeanor obstruction of government administration. However, she had several controversial incidents with law enforcement, once she was arrested for driving without a license in Lower Merion Township, Pennsylvania after arresting her the police officer Jeffrey Seamans said she had “difficulty focusing on the conversation.”

How old is Caroline Biden?

Caroline Biden was born on 29 May 1987 in New York City USA, she is 34 years old. Talking about her parents, she was born to James B. Biden (Father) and Sara Biden (Mother). She has two siblings named Nicholas Coleman Biden and James Brian Biden, Jr.

Who is Caroline Biden’s Boyfriend?

What is Caroline Biden Net Worth?

The estimated Net Worth of Caroline Biden is around $1 Million USD.