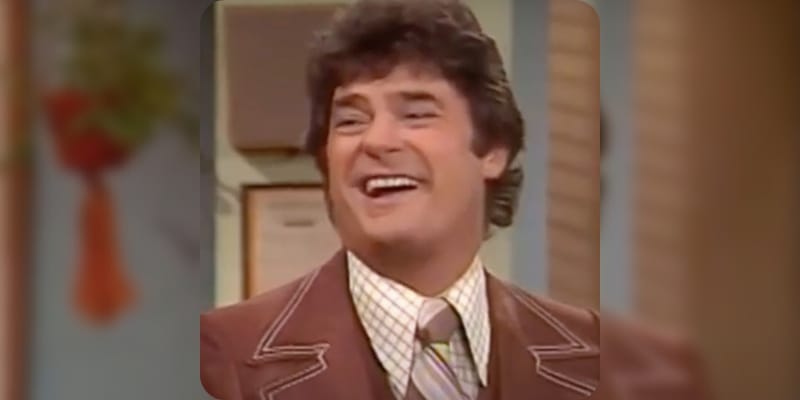 Frank Bonner is an Actor and TV director died on June 16, 2021, at the age of 79. The legendary actor passed away from Lewy body dementia. He was best known for his role as an overconfident sales manager in the TV sitcom “WKRP in Cincinnati”. He died peacefully, surrounded by his family and friends. Frank Bonner is survived by his wife Gayle Hardage and his children.

Following the news of Frank Bonner’s death, tributes began pouring in online for the legendary actor, with fans offering their condolences to his friends and family. One user wrote “Can’t count the number of times someone’s walked into our station sales office and said, “So, is there a Herb Tarlek around here?” The answer has always been “Yes”. A perfect character. RIP Frank Bonner.”. Another tweeted “#BMovieManiacs Event: Hello Maniacs, in light of the very sad news of the passing of Frank Bonner, we’re bringing this bizarre gem of a movie out of the vaults. It’s one of a kind, just like Frank. Please join us tomorrow night at 8 Pac/11 Eastern #LiveTweetAlert.” The second user tweeted “WKRP in Cincinnati was one of the best shows on TV, 1978-1982. Its Thanksgiving Day episode, played every year during the holiday, still makes people laugh. And Frank Bonner’s Herb Tarlek contributed to that laughter throughout the show’s run. Condolences to his family & friends.”

Walter Foreman the director tweeted “I was fortunate enough to spend close to 10 years in radio (and was born in the 70s), so of course, WKRP meant a lot to me. Frank Bonner played the character of Herb Tarlek to perfection. May both Rest In Peace. #FrankBonner #HerbTarlek #WKRP.”. Meanwhile, Andrew Mason tweeted “R.I.P. Frank Bonner, who as Herb Tarlek on “WKRP in Cincinnati” became a style icon for those with bold taste.”

What was Frank Bonner Net Worth?

Frank Bonner was born on February 28, 1942, in Little Rock, Arkansas, U.S.A, he was 79 years old at the time of his death. Bonner is an Actor, TV director and best known for his role as an overconfident sales manager in the TV sitcom “WKRP in Cincinnati,”. He started his acting career in 1967 at the independent film “The Equinox A Journey into the Unknown”. Bonner also directed several episodes of WKRP in Cincinnati as well as other TV sitcoms including Head of the Class, Who’s the Boss?, Evening Shade, Newhart, and many more. Bonner was injured in a parachute accident in 1978.

The estimated Net Worth of Frank Bonner is around $5 Million USD.