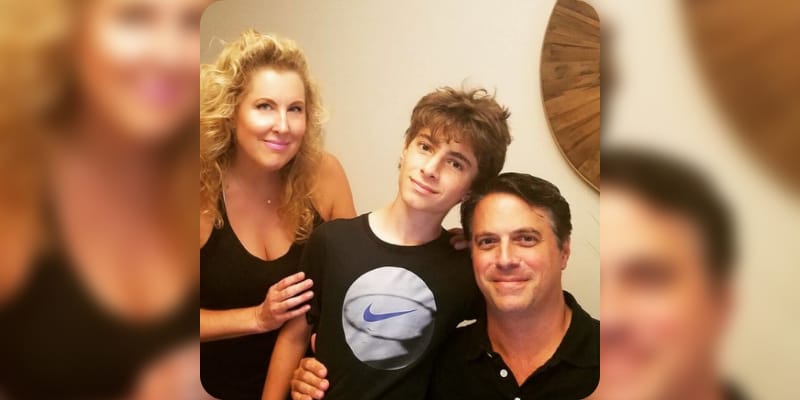 Nick Guthe is a screenwriter, director, and producer. Recently, he confirmed that his wife Heidi Ferrer was an American actress and writer, committed suicide in Los Angeles on May 26, 2021, at home due to the excruciating physical pain and inability to sleep, and due to prolonged battle with Covid-19 Heidi Ferrer killed herself.

Nick also shared the news on her blog named “Girl to Mom” and wrote “This is Heidi’s husband, Nick, passing along the tragic news that we lost our beautiful Angel due to Long Haul Covid, May 26th, 2021. The excruciating physical pain and inability to sleep from the pain led Heidi to the decision she would rather leave this world on her own terms before her condition worsened more.” continued “We have intentionally not shared that on social media as many of Bexon’s friends’ parents are on Facebook. As so many children are struggling with the mental stress of the Pandemic, we wanted to protect them without knowing how their parents might share it. We are not hiding it as the mental strain of Long Haul Covid sufferers is a public health crisis that must be addressed quickly.”

Added “Heidi loved hearing from all of you and she never would have made this decision if not for her intense suffering from Long Haul Covid. Over 13 months it took every part of her life away: Her mobility, her enjoyment of food as she had to eat a very restrictive diet, and, in the end, her ability to sleep and even to read books and enjoy them. I will not be able to check this blog regularly being a single father now, but I will keep it “live” forever as a living document of who she was and what she believed in. If you need to reach me, email me at nickguthe1@gmail.com. Many people have asked us “If there is anything I can do, please let me know”. I know my wife and I know her to answer: Please make a donation in her memory to the Infantile Scoliosis Outreach Project that saved Bexon’s spine and continues to train doctors around the world and provide casting tables for underdeveloped countries.”

Who is Nick Guthe?

Nick Guthe is the writer, director, and producer, he is an award-winning director. He graduated from Princeton University. Nick is an Executive Creative Director of Red Krypton, he oversees all creative for the D2C agency. He is well known for Mini’s First Time (2006), A Three Dog Life, and The Speed of Dark. He is also a senior producer at WPP’s leading content marketing agency. Nick also wrote directed and produced short and long-form content and commercials for brands like Bank of America, ESPN, GE, Reebok, Ford, Lincoln, Nike, and Mazda.

He worked for studios including WB, Universal, Disney, New Line, Sony, Fox, and MGM. Nick produced and directed the ESPN “30 for 30” The Billion Dollar Game. He has directed world-class talents including Jeff Goldblum, Alec Baldwin, Luke Wilson, Joel McHale, Carrie-Anne Moss, and Peter Gallagher. In 2018, he was given Silver Anvil Award by the Public Relations Society of America.

His linked bio read “Hate LinkedIn? Me too. It’s stupid but necessary. This is what I am besides a seasoned Hollywood director, writer, and producer: If you have an exceptional apparel line that wants to explode I will place you on the biggest TV series and films. OZARK, THIS IS US, YELLOWSTONE, GOSSIP GIRL, and Ryan Gosling’s next blockbuster. Do I have your attention? Your brand must be exceptional. If so, I will make it happen.”

How old is Nick Guthe?

Nick Guthe is in the Mid ’50s and was born in the USA, we do not have much information regarding his parents and siblings. However, we will keep you updated very soon.

Who is Nick Guthe’s Wife?

Nick Guthe was married to Heidi Ferrer who was an actress and a writer. She was well known for her work on ‘Dawson’s Creek’ and ‘Wasteland’. She also had a Youtube channel under her name and the channel was started on Sep 7th, 2010, and has around 400 subscribers. She also has a blog named “Girl to Mom” which is now handled by Nick after her demise. The couple is blessed with a 13-year-old son named Bexon.

On Nov 24th, 2020 Nick’s wife shared her son’s picture on her official Instagram account and captioned “My 12-year-old son Bexon got fitted for his new Scoliosis brace this month and his now almost straight spine is holding strong! He also grew 3 inches in 5 months! We were told he would get worse with adolescent growth spurts, so this is incredibly big & wonderful. He wore 10 body/torso casts for 2 years, 22 out-of-state medical trips, and now many years of bracing. He’s my Hero. And check out those muscles in picture 2! What? I am growing up a damn MAN, y’all! It’s the best thing ever. And I’m doing it sober.  He’s the best thing that ever happened to me and I’m incredibly grateful to even know him. (If anyone finds this looking for early-onset scoliosis help, he wore 10 Mehta Casts- no surgery- you can read Bexon’s Story on GirltoMom.com .”

What is Nick Guthe  Net Worth?

The estimated Net Worth of Nick Guthe is around $500K USD.