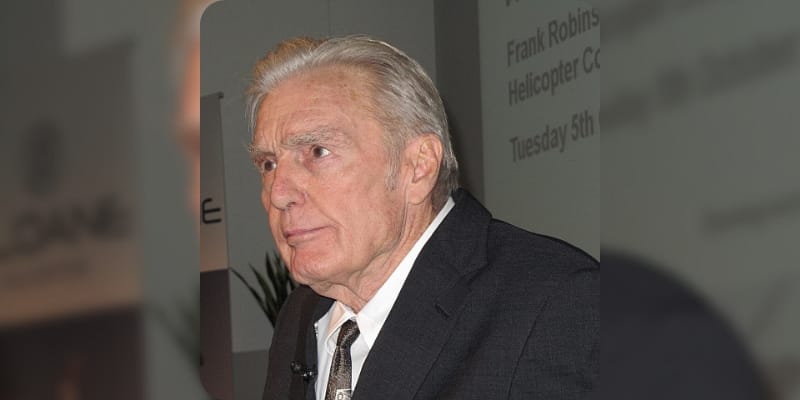 Frank D. Robinson is a Founder of Robinson Helicopter Company, it’s a manufacturer of civil helicopters and they produce three models – two-seat R22, the four-seat R44, and five-seat R66. Robinson was raised in Carbonado, Washington along with his three older siblings.

What is Frank D. Robinson Net Worth? 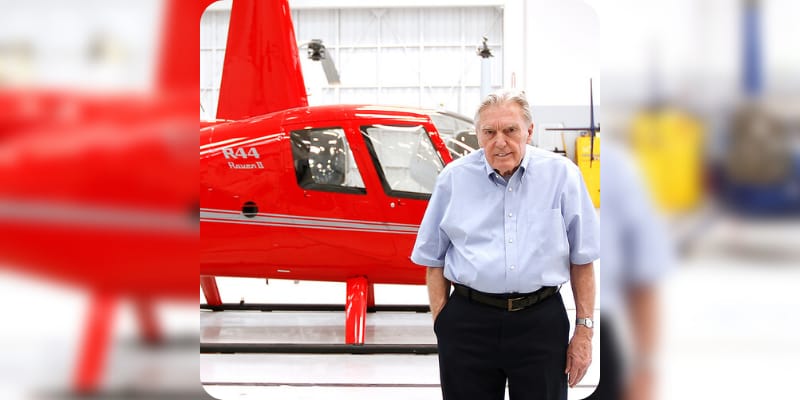 Frank D. Robinson attended the University of Washington and earned a BSME degree, then graduated from the University of Wichita with Aeronautical Engineering. When he was 9 years old Frank was fascinated by helicopters and then he vowed to build his career around Aeronautical Engineering, he started his career at Cessna Aircraft Company and joined in as Mechanical Engineer with Cessna, there he worked for three years and gained knowledge about helicopter design. Then, Frank joined McCulloch Motor Company and there he earned his helicopter rating, later for a year he served at Kaman Aircraft on gyrodyne-type rotorcraft.

Then, he joined Bell Helicopter and worked there for almost two years, and earned a name as a tail rotor expert. In 1969, he received an offer from Hughes Helicopters and worked on research and development projects, but he resigned from the company after he won a government contract to design and build the Apache attack helicopter. In June 1973, Frank launched the Robinson Helicopter Company and partnered with C.K. LeFiell, Frank then began working on the two-seat R22 prototype, Frank’s partner C.K. LeFiell lived in Hawaii and used to fly every three months to the USA. In 1999, his Aircraft became the best-selling general aviation helicopter in the world, and to date around 6,000 R44s have been delivered. In August 2010, he resigned as the CEO of Robinson Helicopter Company, then his son Kurt Robinson became President and Chairman. According to the company bio, it has a network of more than 400 Service Centers and Dealers that provide service and support and the Company has delivered over 13,000 helicopters worldwide. In his career, he earned many awards such as Daniel Guggenheim Medal, he is also a member of the U.S. National Academy of Engineering. Besides this, Frank also know for his philanthropist work he donated $1 million to the University of Washington, donated $1 million to the Smithsonian Air & Space Museum, and donated $1 million to the American Helicopter Museum in Westchester, Pennsylvania.

The Estimated Net Worth of Frank D. Robinson is between $200 Million to $300 Million USD.