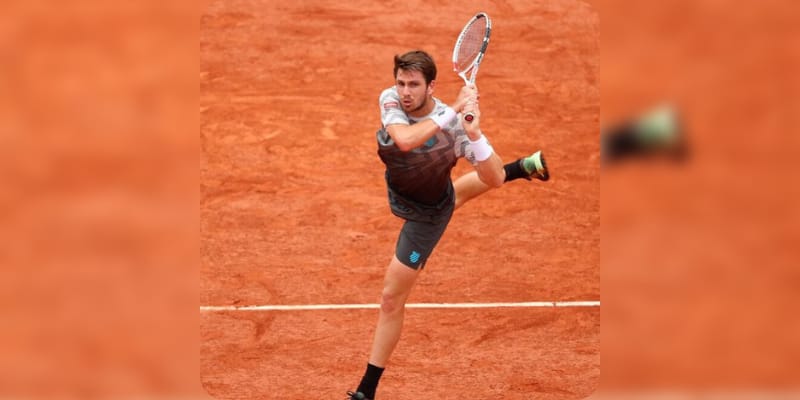 Cameron Norrie is a British professional tennis player and number 34th in the single raking as of June 21st, 2021, Cameron won his debut Davis Cup match in Spain against world No. 23 Roberto Bautista Agut in 2018. He was born to Scottish father and a Welsh mother, in 1998 his parents moved to Auckland, New Zealand from Johannesburg, South Africa.

What is Cameron Norrie Net Worth? 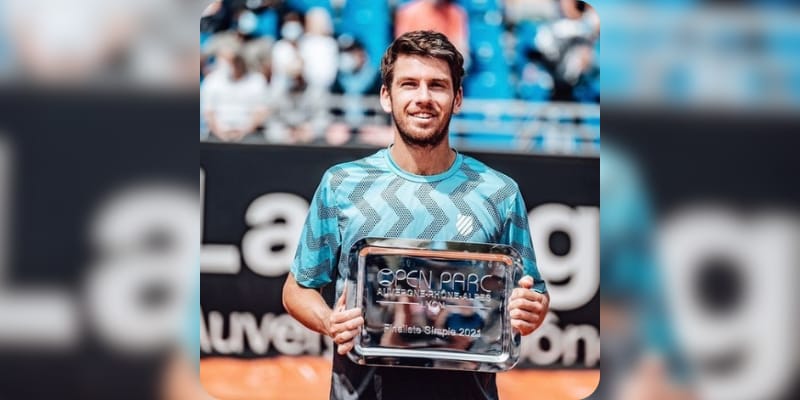 Cameron Norrie was born in Johannesburg, South Africa. In his junior career he represented New Zealand and became number 10 in the world but only earned few thousands dollars, Cameron Europe’s tour was finaced by his parents. In 2013, Cameron was 13 and switched his allegiance to Great Britain and trained at the National Tennis Centre, in the same year he competed in all the Junior Grand Slams the Australian Open for New Zealand and for Great Britain at the French Open, Wimbledon and US Open, but only won one match, in Australia. At the age of 16 he moved to the USA and enrolled in the Texas Christian University, he studied sociology on a scholarship and joined the Horned Frogs university team, where Cameron became the top-ranked male college tennis player in the US, in June 2017 he decided to end his studies to pursue his career in Tennis. Later, in the same year he turned professional during the grass court season of the 2017 ATP Tour. From 2016 to 2017 season, Cameron Norrie became the only player to win every Big 12 matches with a 10–0 record in singles and doubles, also he was All-American three times.

From 2013 to 2015, Cameron played under senior tournament, in Jan 2013 he played in the ATP Auckland Open and won the first qualifying round. Later, he played three clay-court events – the Great Britain Futures F9, Boy’s French Open and Davis Cup, by the end of 2014 he ranked 637. In October 2015, Norrie won the USA Futures F29 at Mansfield, Texas and ranked 706th. By the end of 2016, Cameron was ranked 298, In June 2017 he turned professional and competed at the Surbiton and Nottingham Challengers. Then, Cameron through a wild card made his ATP main-draw debut at the Aegon Championships but was defeated in the first round by Sam Querrey and registered his first vicotry by beating Horacio Zeballos at Eastbourne. Cameron earned a wildcard for the Wimbledon but was beaten by Jo-Wilfried Tsonga and won his first Challenger title at Binghamton and by the end of the year he was ranked 111th. In 2018, he qualified for the Australian Open but was beaten by John-Patrick Smith, and in the Newport Beach challenger event he lost in the first round to Michael Mmoh. In Feb, Cameron defeated world No. 23 Roberto Bautista-Agut in five sets in the Davis Cup. In the 2018 French Open, Cameron faced Peter Gojowczyk and won after Gojowczyk retired through injury. In 2019, he reached his debut ATP Final by defeating Benoît Paire, João Sousa, Taylor Fritz and Jan-Lennard Struff, but in the final he lost to Tennys Sandgren. Later, in the 2019 Australian open he reached his first ATP 500 semifinal and lost to Alexander Zverev but he reached top 50 for the first time in his career. In the 2021 Estoril Open, Cameron reached his second ATP Tour singles final and lost to Albert Ramos-Vinolas in the final. In May 2021 at the ATP Lyon Open Cameron defeated World No. 4 Dominic Thiem, and at the 2021 Queen’s Club Championships he reached final.

The estimaed Net Worth of Cameron Norrie is between £3 Million to £4 Million pound, till now Cameron earned $2,664,941 as prize money and also earns money through brand sponsors.