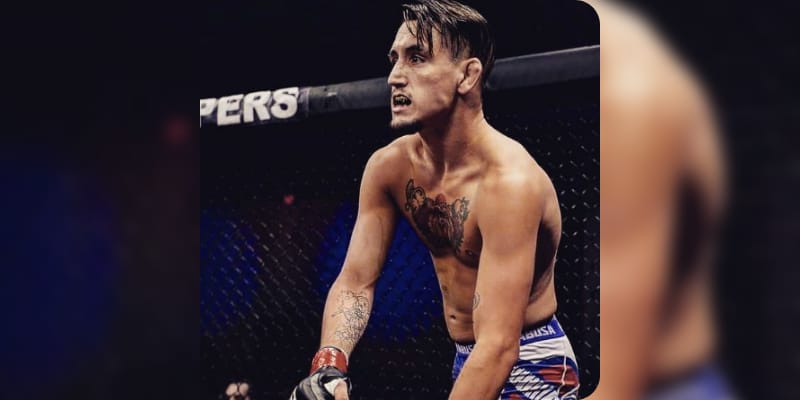 Kris Moutinho is 28 years old mixed martial artist with a record of 9 wins and 4 losses during the time of writing, on the main card at UFC 264 Kris will fight against Sean O’Malley who is said to be a fan favorite, according to the report Louis Smolka was supposed to fight with Sean O’Malley but due to Staph Infection, he withdrew from the fight, since this news breakout several UFC bantamweights fighters came forward to replace Louis Smolka but eventually UFC went on with Kris Moutinho. Recently, Sean O’Malley took to Twitter and confirmed the match between them, on June 1st, 2021 Combat sports reporter Marc Raimondi tweeted “Kris Moutinho is the new opponent for Sean O’Malley on July 10th at UFC 264, sources confirmed with @espnmma. O’Malley first mentioned Moutinho as the replacement for Louis Smolka on his Twitch stream. Moutinho will be making his UFC debut,” and then added “Moutinho is a veteran of CFFC. He’s an action fighter, per his manager Tyson Chartier — “an aggressive striker with a solid wrestling base.”.

Who is Kris Moutinho? 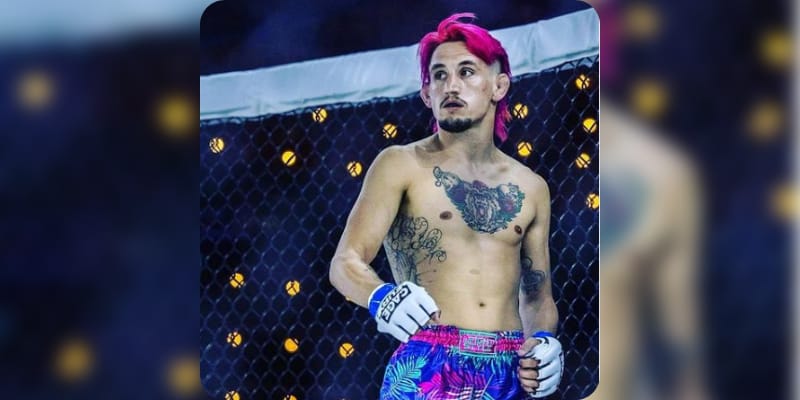 Kris Moutinho is an MMA fighter from Milford, Massachusetts, on September 23rd, 2016 he made his MMA debut against Matthew Maldonado. On July 10th, 2021 he will fight against Sean O’Malley at UFC 264 in Las Vegas, USA. Earlier, he fought in the promotions like Cage Titans FC and AFO, now Kris is associated with Regiment Training Center and Top Game Management. In CES MMA, Kris holds the record of eight-win and four losses. In the CFFC 96, Kris Moutinho and Andrew Salas fought Cage Fury Fighting Championships, in the fight, Kris defeated Andrew in the third round by arm-triangle choke submission. Fast forward to now, Kris will make his UFC promotional debut on July 10th at UFC 264, his debut fight will be against Sean O’Malley.

On Instagram, he boasts 2.8k followers during the time of writing, his bio reads “9-4 professional mixed martial artist.”

How old is Kris Moutinho?

Kris Moutinho was born on August 9, 1992, which means he is 28 years old. Kris has four siblings – Jake Vaz (Brother) and Chloe Isabella (Sister). However, there is not enough information about his father and mother, but on June 21st, 2020, Kris shared his parents picture on Instagram and captioned “Happy father’s day to one of the only people I trust to be there no matter what thank you, Roy, for all you do.”

Who is Kris Moutinho Girlfriend? 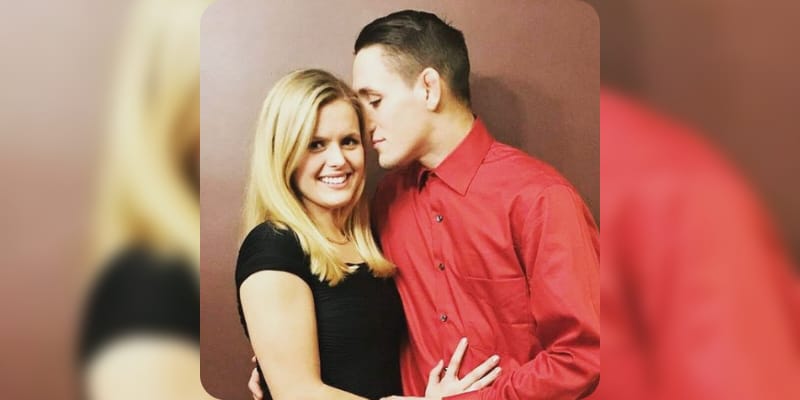 Currently, Kris Moutinho is in a relationship with Blaize Hayes and she made her first appearance on his Instagram on July 17th, 2016. On Feb 20th, 2020 Kris shared their picture on Instagram and captioned it “Me and my pug exploring the world.” Blaize quite often appears on Kris’s Instagram, but her Instagram account is set to private.

What is Kris Moutinho Net Worth?

The estimated Net Worth of Kris Moutinho is between $100k to $300K USD. 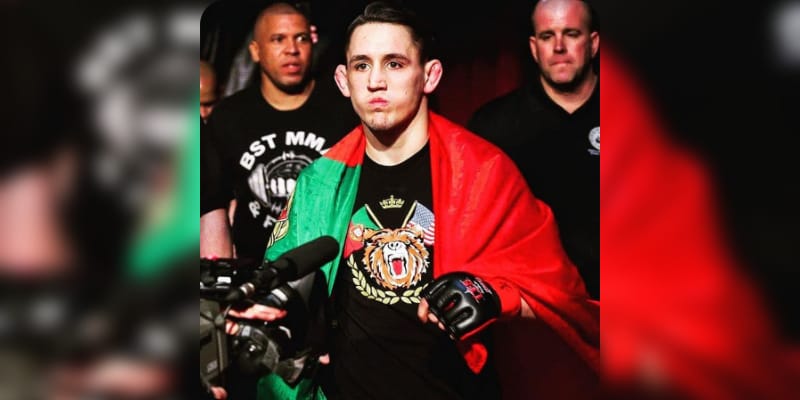