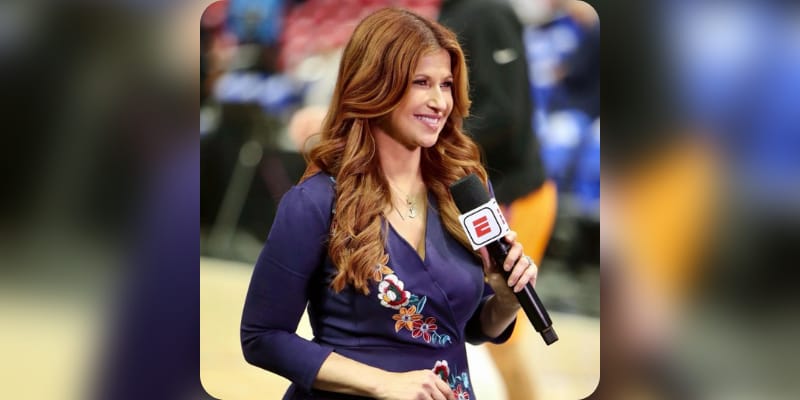 Rachel Nichols aka Rachel Michele Nichols is an American sports broadcaster, sports reporter, and anchor. Rachel recently got entangled in controversy after she criticized and questioned the credentials of her Black co-worker Maria Taylor. After the uncertain remarks regarding a Black colleague, the sports media has decided to replace Nichols with Malika Andrews, who is an American sports journalist and reporter. When Nichols was chosen by ESPN to host NBA coverage last year. In an accidentally recorded call with Rich Paul and Adam Mendelsohn, Nichols said, “If you need to give her more things to do because you are feeling pressure about your crappy longtime record on diversity which, by the way, I know personally from the female side of it like, go for it. Just find it somewhere else. You are not going to find it from me or taking my thing away.” Later in the New York Times, Nichols interpreted that she was frustrated and was “unloading to a friend about ESPN’s process, not about Maria.” Added “My intentions in that conversation, and the opinion of those in charge at ESPN, are not the sum of what matters here — if Maria felt the conversation was upsetting, then it was, and I was the cause of that for her.” However, Nichols also said she reached out to Taylor to apologize through phone calls and texts.

Many users took to social media after the decision was made. Ben Strauss took to Twitter and wrote “ESPN announces Malika Andrews will replace Rachel Nichols as a sideline reporter during the NBA Finals: “We believe this is the best decision for all concerned to keep the focus on the NBA Finals. Rachel will continue to host The Jump.” One of the users tweeted “Paul Pierce lost his job for doing what most men at ESPN probably do when they’re not at work on camera. Rachel Nichols gets recorded saying racist disparaging remarks and just says my bad on-air and it’s business as usual. I’ll never forgive ESPN for making me defend Paul Pierce.

What is Rachel Nichols Net Worth? 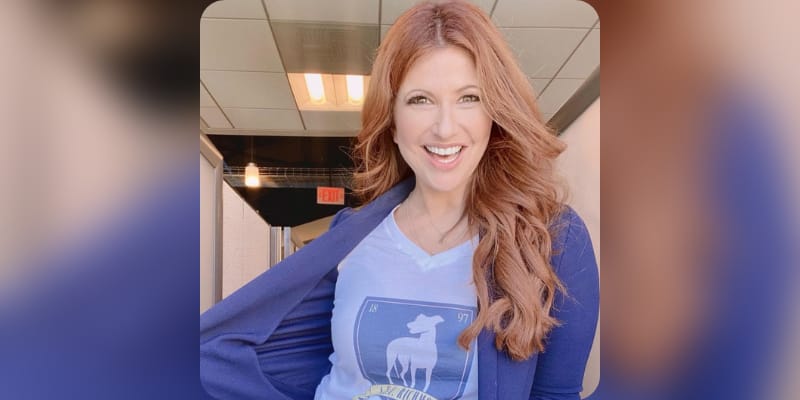 Rachel Nichols aka Rachel Michele Nichols was born on  October 18, 1973, in Potomac, Maryland USA, she is 47 years old. She is an American sports broadcaster, sports reporter, and anchor. She began her career as a sports journalist in 1990. In 2004 she joined ESPN, she was part of SportsCenter,  Monday Night Countdown, and Sunday NFL Countdown, as well as a regular on the network’s NFL and NBA coverage. In 2013 she joined CNN and began hosting Imprudent with Rachel Nichols in October of that year. In 2016 she again returned to ESPN, she covered the NBA. She became the host of NBA Saturday Primetime on ABC and the NBA Finals on ABC in 2019. Recently, sports media has decided to replace Nichols with Malika Andrews, who is an American sports journalist and reporter. She has been named one of Esquire’s “Women We Love” and 10 Most Powerful Voices in Sports Media as one of The Hollywood Reporter’s. In 2013 and 2014, she was also named to Sports Illustrated. she was also working as a sideline reporter for the Monday Night Football and live TV broadcast. She attended Winston Churchill High School and graduated in 1995 from Northwestern University.

The estimated Net Worth of Rachel Nichols is between $8 Million to $11 Million USD.