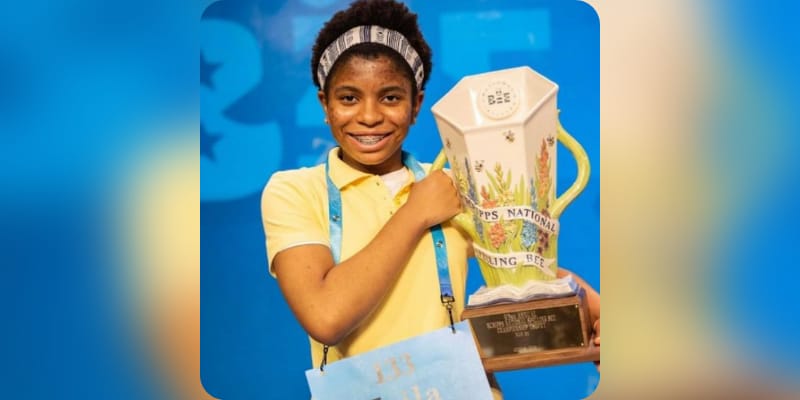 Zaila Avant-garde who is a basketball prodigy holds three Guinness world. She has made history by becoming the first African American student winner of the Scripps National Spelling Bee in the 96-year history. This took place on July 8 2021 Thursday night, when Zaila Avant-garde correctly spelled “murraya”. The event was attended by First Lady Jill Biden. Zaila says spelling is a side hobby for her, but reports said she regularly practices it seven hours a day. Before =even the completion started Jill Biden congratulated the competitors and said, “I wanted to be here personally to tell you that the president and I are so proud of all that you’ve accomplished.” The English professor at Northern Virginia Community College added: “In sixth grade, I was my school’s spelling bee champion. I had a chance to go to the next level, but on the day of the regional competition, I told my mother that I was sick. The truth was that I was too nervous to go, so I have incredible admiration for every one of you.” Due to pandemics this year, the completion has been delayed.

Internet is flooded with congratulation to Zaila Avant-garde. Hayes Brown tweeted “So what you’re telling me is that Zaila Avant-garde is not only the spelling bee champion, she is also The Most Interesting 14-Year-Old in America.” Mayor LaToya Cantrell tweeted saying “Talk about #blackgirlmagic! Congratulations to Zaila Avant-Garde, a 14-year-old from Harvey La., for winning the Scripps National #SpellingBee! She’s the First African American winner and the First champion from Louisiana! We’re all so proud of you!!.” Julian Castro tweeted “Congratulations to Zaila Avant-garde on this incredible achievement. We will all be watching what you do next!.” Sahil Bloom said “Zaila Avant-garde won the Scripps National Spelling Bee last night, becoming the first African-American champion of the event. On top of her spelling prowess, she is a basketball wunderkind, holding 3 dribbling world records. A legend is born!.” 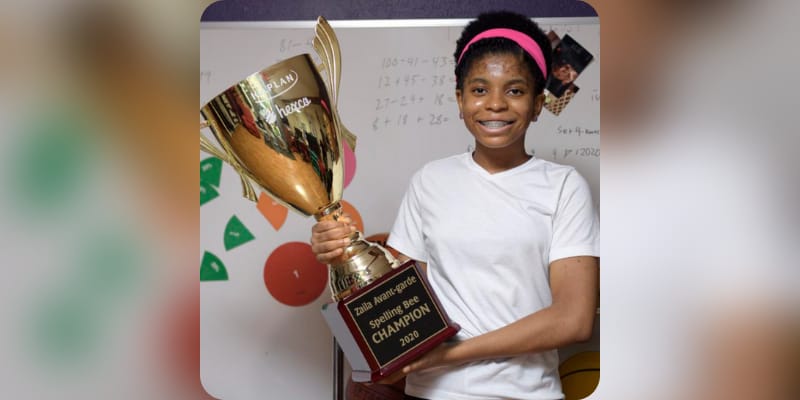 Zaila Avant-garde who is a basketball prodigy holds three Guinness world. She has made history by becoming the first African American student winner of the Scripps National Spelling Bee in the 96-year history. Zaila coach is a 20-year-old Yale student, Cole Shafer-Ray, the Scripps runner-up. Shafer-Ray, charges $130 for an hour, also coached Chaitra Thummula the 12-year-old Texas girl, who stood against Avant-garde in the completion. Avant-garde received more than $50,000 in cash and prizes.

During the completion, Jacques A Bailly gives her to pronounce the word “nepeta,” which troubled her for some time but managed to spell the word correctly. Zaila said, “I’ve always struggled with that word. I’ve heard it a lot of times. I don’t know, there are just some words, for a speller, I just get them and I can’t get them right. I even knew it was a genus of plants. I know what you are and I can’t get you.”

How old is Zaila Avant-garde? 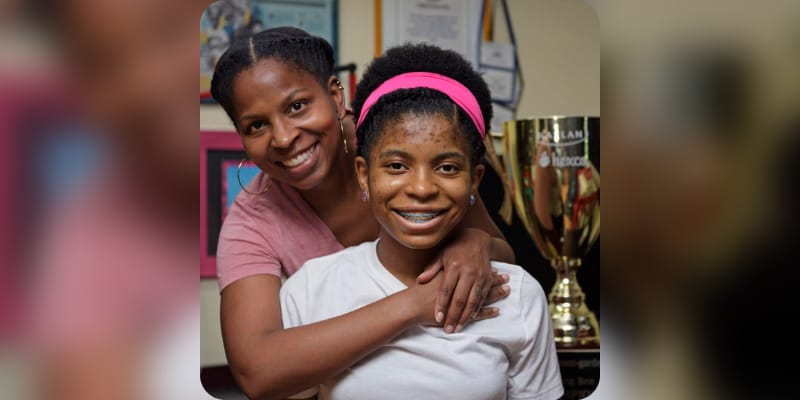 Zaila Avant-garde was born in 2007 in Harvey, Louisiana, USA, she is 14 years old. She was born to Alma Heard (Mother) and Jawara Spacetime (Father). We do not have much information regarding her siblings.

1 thought on “Who is Zaila Avant-garde? Wiki, Biography, Age, Parents”