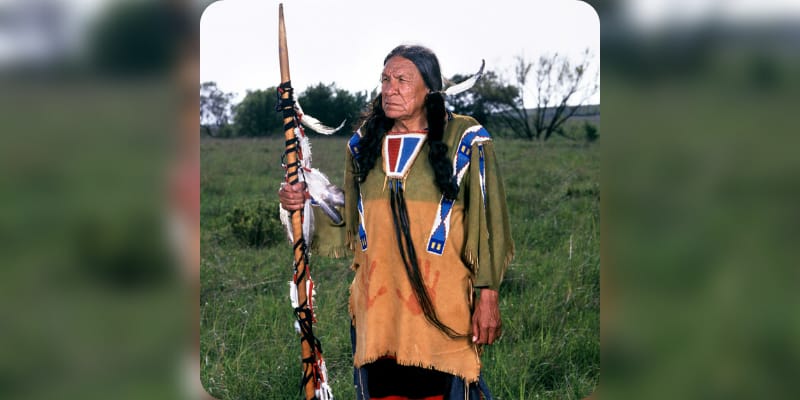 Saginaw Grant aka Saginaw Morgan Grant was a Native American actor who passed away at the age of 85, he was best known for his roles in “Breaking Bad” and “The Lone Ranger.” On July 27th, 2021, he passed away peacefully in his sleep at a private care facility in Hollywood, California, and his death was confirmed by his family member in a statement released to the press, his longtime friend Lani Carmichael said “He loved both Oklahoma and L.A,” and added “He made his home here as an actor, but he never forgot his roots in Oklahoma. He remained a fan of the Sooner Nation.”

Then, his family in a statement wrote “It’s with heavy hearts we announce a warrior has been called home. Saginaw Morgan Grant, the hereditary chief and medicine man of the Sac & Fox tribe, traveled the world speaking of his traditions, his experiences, his sobriety, and his faith as both a Native American and a Christian. Saginaw loved this country and fought in Korea as a Marine. He bore the mark of this service as a proud reminder and had a deep love for bulldogs (the mascot for the US Marines). Saginaw was always happiest at pow wow sharing the love, energy and tradition of his people. Watching the children grow in the traditions of their ancestors and to share in the spirits of dance to the beat of the drum brought him both joy and peace. He enjoyed competing in dance and did so up until Covid temporarily halted gatherings. He came to acting later in life and felt enormous pride in sharing culture through movies and public speaking. He was a jewelry maker and artist. He joins his nephew and sister Stella Wilson who passed earlier this year from Covid and his sons who preceded him in the last few years. He is survived by his daughter Lisa Grant, daughter-In-law Dodie L Kent, grandchildren Cassandra and Vanessa Kent and Della Grant, and great-grandchildren Joseph Soutter, Sherry Jo Soutter, Stephen Soutter, and Micah Little Crow, his brothers Austin JR and Francis SR, Publicist Lani Melisa Carmichael, his adopted son Rick Mora, a soon to be grandson Chayton Mora, adopted daughter Heather Everette, and his many nieces, nephews and cousins in Oklahoma.”

How Rich was Saginaw Grant? 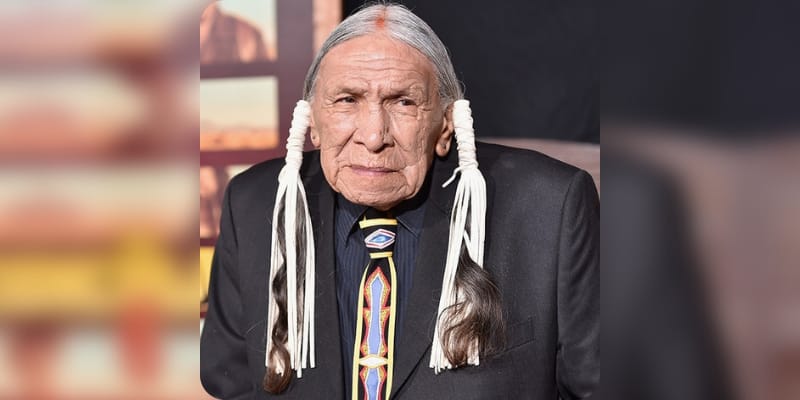 Saginaw Grant was born to Sarah and Austin Grant, he began his acting career in the 1980s and is best known for The Lone Ranger, The World’s Fastest Indian, Community, and Breaking Bad. Furthermore, he appeared in the movie such as War Party as Freddie Man-Wolf, Small Time as The Holy Man, Purgatory as Ancient GateKeeper, Grey Owl as Pow Wow Chief, Legend of the Phantom Rider as Medicine Man, Black Cloud as Grandpa, Social Guidance as Red Hightower, Beyond the Quest as Apparition, Slipstream as Eddie, Maneater as Stanley Hipp, Walking on Turtle Island as Catches the Bear, Winter in the Blood as Yellow Calf, The Lone Ranger as Chief Big Bear, Wind Walkers as Native Elder, The Ridiculous 6 as Screaming Eagle, The Ridiculous 6 as Screaming Eagle, Valley of the Gods as Tall Bitter Water, Journey to Royal. From 2012, Saginaw Grant was a member of the American Indian Advisory Board at the San Diego International Film Festival. In his career, he won American Legacy Award from the San Diego Film Festival and the lifetime achievement award from the Oceanside Cultural Arts Foundation, also Grant earned Living Legend Award by the Native American Music Awards (NAMA). Besides this, he won Hereditary Chief of the Sac and Fox Nation, and in 2018 his album “Don’t Let The Drums Go Silent” won the Record of the Year from NAMA.

The estimated Net Worth of the Saginaw Grant was around $1 Million USD.