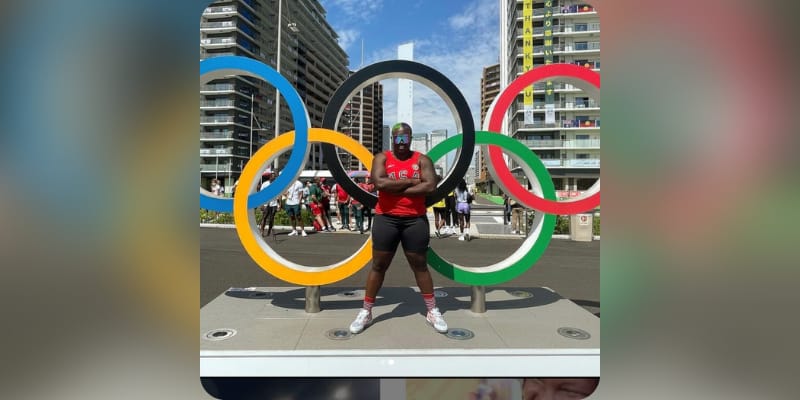 Raven Saunders is an American track and field athlete. On Sunday, August 1, 2021, at Tokyo Olympics, she fetched the silver medal and also made an unusual gesture during the medal ceremony. Her gesture was interpreted as a form of protest while her arms were in an ‘X’ formation over her head. Saunders is openly a gay who proclaims herself as the ‘HULK’. On Sunday she tweeted “When you defeat all the other masc lesbians. This is the final boss!!!”. Saunders said her symbolic protest at the Olympic podium, she explained to the Associated Press that the ‘X’ was a nod to “the intersection where all people who are oppressed meet” and “I really think that my generation really doesn’t care,” continued “I really think that my generation really doesn’t care.” Further added, “To show younger people that no matter how many boxes they try to fit you in, you can be you and you can accept it.”

The IOC stated “We believe that the example we set by competing with the worlds best while living in harmony in the Olympic Village is a uniquely positive message to send to an increasingly divided world. This is why it is important, on both a personal and a global level, that we keep the venues, the Olympic Village, and the podium neutral and free from any form of political, religious or ethnic demonstrations.”

What is the Raven Saunders Net Worth? 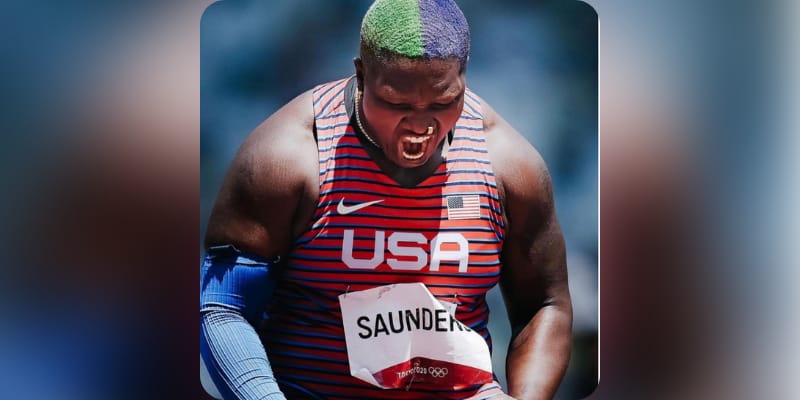 Raven Saunders was born on May 15, 1996, in Charleston, South Carolina, she is 25 years old. She is an American track and field athlete. She is a three-time champion in track-and-field from the University of Mississippi. She won a silver medal at the 2020 Tokyo Olympics, throwing a shot put a distance of 19.79 m. In 2014, she was a world junior medalist and in 2015 she was a Pan American junior champion. She was also nominated as the Gatorade Female Track and Field Athlete of the Year. In 2016, she placed 12th at the 2016 NCAA Indoor Championships and 2016 NCAA Outdoor Championships. Her Instagram boasts 52.3K followers with 50 posts while writing this article.

The estimated Net Worth of Raven Saunders is between $500K to $1 Million USD.