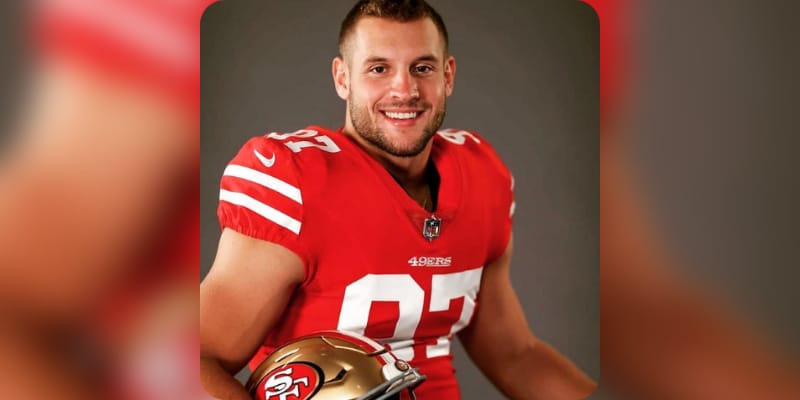 Nick Bosa aka Nicholas John Bosa is an American football defensive end for the San Francisco 49ers of the National Football League (NFL). Recently, his girlfriend Jenna Alexa Berman made headlines from her past tweets which have landed her into trouble and now she has deleted her Twitter account after people noticed several of her old problematic tweets. Even before deleting her account, some of her fans screenshotted several tweets featuring Berman using the N-word. There are some tweets, Jenna made statements supporting former President Donald Trump and some of her tweets expressed anti-vaccine and anti-mask sentiments.

What is Nick Bosa Net Worth? 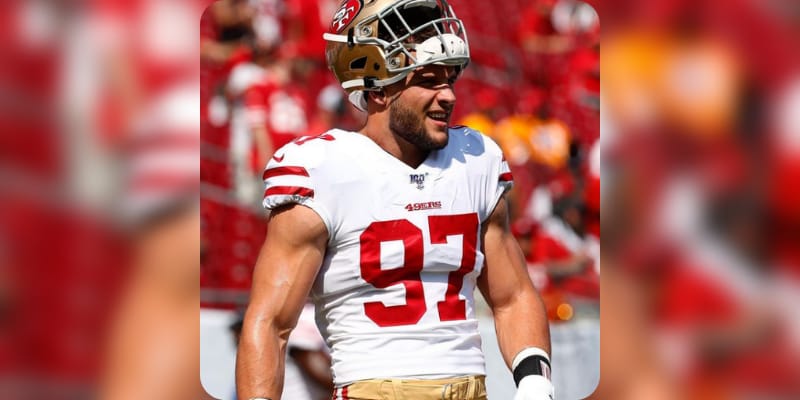 Nick Bosa attended St. Thomas Aquinas and was a four-year starter and was named as the multi-year first-team all-state player. In his class, Nick was ranked as the best player and five-star recruit, then he was committed to Ohio State University to play college football. In 2016, he played in all 13 games as a true freshman with 29 tackles, and then in the sophomore year, Nick played from the defensive end for the Buckeyes in seven games. On September 20, 2018, Nick underwent core-muscle surgery and withdrawed from Ohio State on October 16th. In 2019, Nick Bosa entered the NFL Draft and was selected by the San Francisco 49ers in the first round with the second overall pick, on July 25th he signed a 4-year deal with the 49ers worth $33.5 million featuring a $22.5 million signing bonus. He made his NFL debut against the Tampa Bay Buccaneers and made 3 tackles and won the game. In the game against Carolina Panthers Nick recorded his first career interception in the 51–13 win and was named NFC Defensive Player of the Week and NFC Defensive Player of the Month. Later, he won the AP NFL Defensive Rookie of the Year Award and in the 2020 season, he suffered a torn ACL and was ruled out for the rest of the season.

The estimated Net Worth of Nick Bosa is between $40 Million to $55 Million USD.