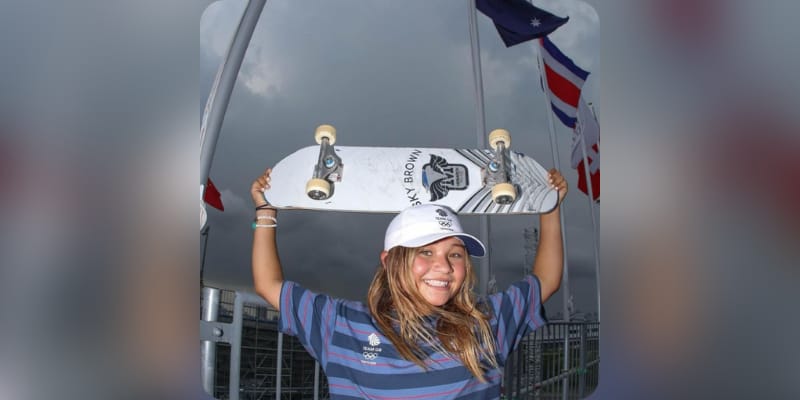 Sky Brown is a British-Japanese skateboarder. She became the youngest ever British Olympic medal winner in the women’s skateboarding event in Tokyo, she was awarded a bronze medal on Wednesday, August 4 morning. Brown who is just 13 years old told reporters “Anyone can do skateboarding,” added, “You don’t have to be of a certain height or a certain age — you can do it whenever you want … You just got to skate and go for it.” On 4th 2021, she shared a picture of her on her Instagram and captioned “Let’s Go Tokyo!!!@olympics @teamgb Today I’m excited to show the world how beautiful and creative Skateboarding is. I’m excited for people to see how much FUN it is. And I get to do this with my best friends. I hope there are some little girls out there watching this and thinking I can do this too. She won her Olympics bronze medal just 14 months after a crash in California during training. In a horrific accident, she fractured her skull and broke her hand and wrist. Her father Stuart said at the time, “Sky’s had the gnarliest fall she’s ever had and is lucky to be alive. When she first came to the hospital, everyone was fearful for her life.” While talking about the accident Sky said “I honestly feel that accident made me stronger. That accident was pretty bad. It was a hard time for my parents and a hard time for a lot of people and coming back and getting the bronze is cool. I’m really happy. It’s made me stronger.”

What is Sky Brown Net Worth? 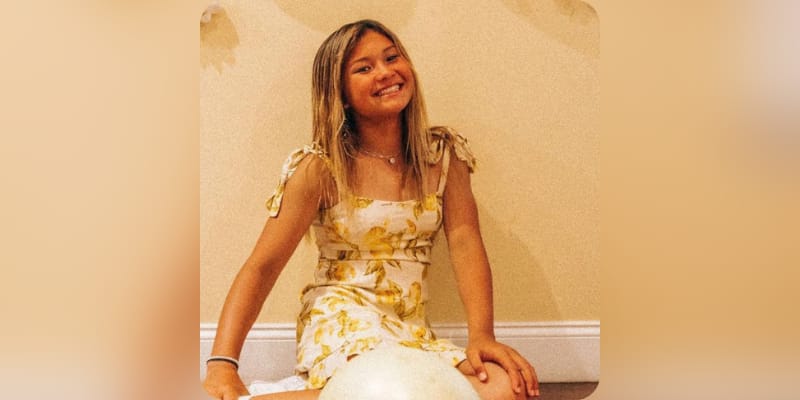 Sky Brown was born on 7 July 2008 in Miyazaki, Japan, she is 13 years old. She is a British-Japanese skateboarder, in the world she is the youngest professional skateboarder and won a bronze medal in the women’s skateboarding event at Olympic Tokyo. She also won the American TV program Dancing with the Stars: Juniors. She is sponsored by Nike and the youngest athlete appearing in ads with Serena Williams and Simone Biles. She released her first pop single ‘Girl’ in 2020. Brown endorses several big brands including Vans, Tommy Hilfiger, Hurley, and Billabong. Currently, she is ranked number 3rd in the world and she has been featured on Ellen, Little Big Shots, The Today Show with Sarah and Strahan, and other press outlets and talk shows. She runs a Youtube channel under the name “Sky & Ocean” which has 293K followers and the channel was started on 17 Jan 2009. Her Instagram boasts 1.2 Million followers with 722 posts at the time of writing this article.

The estimated Net Worth of Sky Brown is between $3 Million to $5 Million USD.