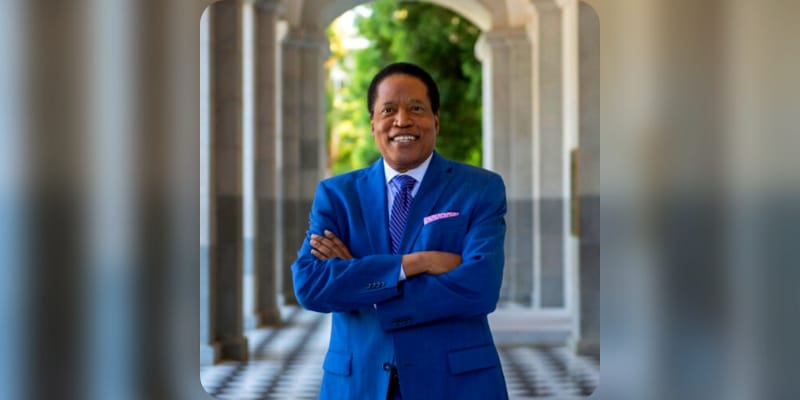 Larry Elder aka Laurence Allen Elder is an American conservative, Attorney, Author, and Radio Host, in 2021 Larry is running as a Republican to replace Gavin Newsom in the California gubernatorial recall election. However, California’s Fair Political Practices Commission (FPPC) has started an investigation into Larry Elder’s finances and this news comes after the California Democratic Party filed a complaint against Elder and accused him of not unveiling his business and finances. According to the report, Larry owns a Laurence A. Elder & Associates Inc, and he had poorly filed his financial disclosures and even there is no mention of whether he owns a stake of that company and then Larry refreshes his record to show that he owns 100 percent of the company.

What is Larry Elder Net Worth? 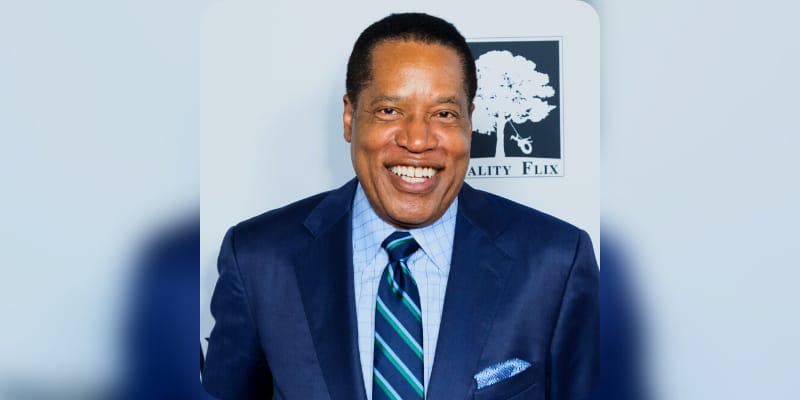 Larry Elder was born to Randolph Elder, and Viola Conley Elder, his father Randolph passed away in 2011 who was a sergeant in the United States Marine Corps during World War II, and in 2013 on their father’s behalf, Larry and his brother Kirk Elder accepted a Congressional Gold Medal from U.S. Representative Dana Rohrabacher. Larry’s mother Viola was a clerical worker for the United States Department of War during World War II. Larry grew up in the Pico-Union and South Central areas and attended Fairfax High School and Crenshaw High School, in 1974 he graduated from Brown University with a Bachelor of Arts degree in political science and earned a Juris Doctor from the University of Michigan Law School in 1977. Shortly after his graduation, he joined Cleveland law firm Squire, Sanders & Dempsey, and then he founded Laurence A. Elder and Associates, a legal executive search firm in 1980. Following this in 1988, Larry decided to pursue his career in the media world and started co-hosting Fabric the television show produced by Dennis Goulden which was aired on Cleveland’s PBS member station WVIZ. In 1997, he hosted the PBS program National Desk along with Fred Barnes and Laura Ingraham. While working in the National Desk, he hosted the Title IX and Women in Sports: What’s Wrong With This Picture, which criticized Title IX and Redefining Racism: Fresh Voices From Black America. From 2000 to 2001, he worked for KCAL-TV News and won a Los Angeles Area Emmy Award for his work in the Making Waves – LAUSD. In the meantime, he hosted the court series Moral Court, distributed by Warner Brothers Television. In 2004, Larry hosted The Larry Elder Show. In 2007, Larry served as the rotating talk hostsImus in the Morning on MSNBC. For a short period, he hosted a video series published by The Epoch Times. From 1993 to 2008, he hosted The Larry Elder Show on Los Angeles radio station KABC and continued his second run on KABC from 2010 to 2014. In 2015, he was honored with a star on the Hollywood Walk of Fame. Besides this, he wrote the book named ‘The Ten Things You Can’t Say In America’ and the book aid out a 10-point plan to “save America” and in the film Uncle Tom: An Oral History of the American Black Conservative Larry criticizes the War on Poverty and the film is directed by Justin Malone.

Larry Elder’s company has an annual revenue of around $1 Million USD, and in 2018 Larry brought the $5.2 Million two-acre property in the Hollywood Hills. The estimated Net Worth of Larry Elder is between $10 Million to $15 Million USD.