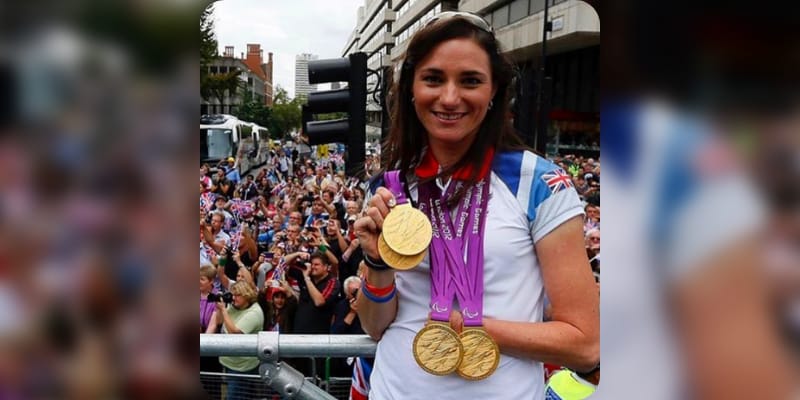 Sarah Storey aka Dame Sarah Joanne Storey is a British Paralympic cyclist and former swimmer, she has 14 gold medals under her name and is also the most successful female British Paralympian of all time. Now, Sarah Storey lives in Disley, Cheshire along with her husband Barney Storey and kids. On June 30th, 2013, she welcomed a daughter and a son in April 2017.

What is Sarah Storey Net Worth? 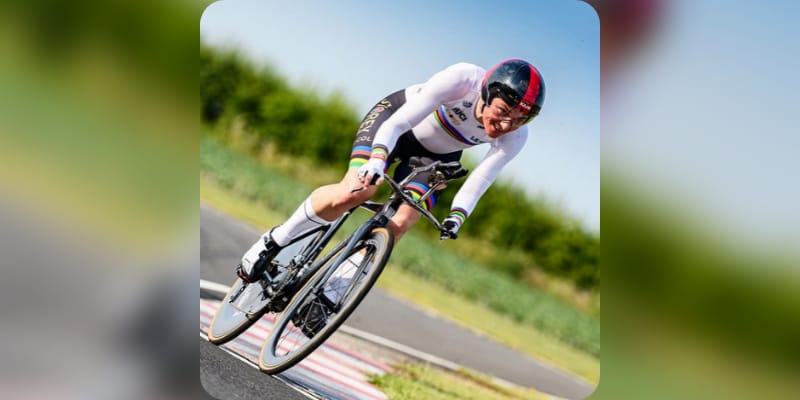 Sarah Storey was born in Manchester without a functioning left hand, in 1992 she participated in the Paralympic as a swimmer and won two golds, three silvers, and bronze, then she participated in the next three Paralympic Games as Swimmer before switching to cycling. In 2008, she participated in the Paralympic Games and won the individual pursuit and in the same year, she won the national track pursuit championship and defended her title in 2009. Later, Sarah won her third national track title in 2014, and in the 2010 Commonwealth Games which was held in Delhi, India she qualified to join the England team and became the first disabled cyclist to compete for England at the Commonwealth Games and also the second Paralympic athlete overall competing for England at the Games. In the 2012 London’s Paralympics Games and took home Britain’s first gold medal in the women’s C5 pursuit, then Sarah won three golds medal in the Time Trial C4–5 500m, one in the Individual Road Time Trial C5, and one in the Individual Road Race C4–5. In the 2016 Rio Paralympics, Sarah became Britain’s most successful female Paralympian after winning the C5 3000m individual pursuit final. Talking about her achievement she was awarded an honorary degree by the University of Manchester in 2012 and also appointed as the Member of the Order of the British Empire (MBE) in the 1998 New Year Honours and Officer of the Order of the British Empire (OBE) in the 2009 New Year Honours. Besides this, Sarah and her Husband Barney founded Pearl Izumi Sports Tours International in 2014, it’s an women’s amateur cycling team.

The estimated Net Worth of Sarah Storey is between $600k to $1 Million USD.