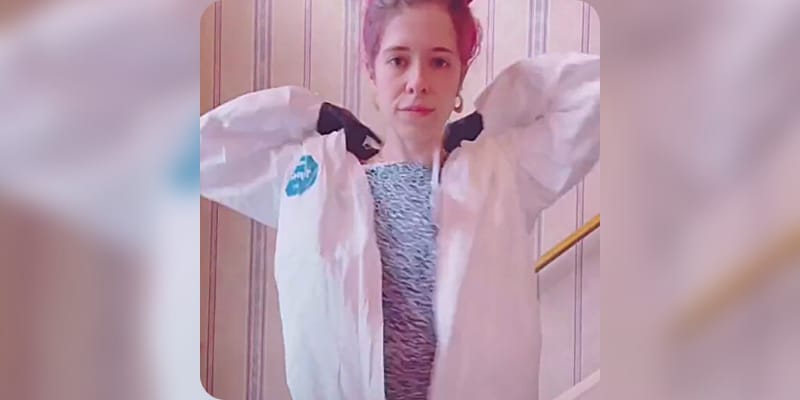 Eileen Hollis aka TikTok Mortician is 31 years old from Syracuse, New York State, on TikTok she goes by the name “hollisfuneralhome,” and boasts 643k followers. Eileen was shot to stardom after her TikTok video went viral, in the video, she shared the secrets of working with the dead and also explained the means. Moreover, she revealed that she uses makeup of the Glossier brand on a dead body to which the Glossier brand itself commented on her video, and in response to that she made a video and explained why she uses Glossier. In the video, Eileen Hollis said “Oh hi there Glossier! yes, it’s true, Glossier is in the funeral home, and that’s just because I’m obsessed with it.”

On her TikTok account she keeps uploading videos by answering different user questions, in one of the videos Eileen answers a question by one of the users, the question was “Kind of wierd question i was told when people die you have to break their backs so they cant set up i have a metal back from scoliosis how would that,” to which Hollis replied “Morticians aren’t breaking your bones, theyaren’t breaking their back, theyaren’t breaking your legs,” and then she added, “We do not break your jaw to close your mouth, the most important thing is the dead dont sit up.” Later, she continued ” I dont know who’s uncle spreading these lies.”

Who is Eileen Hollis? 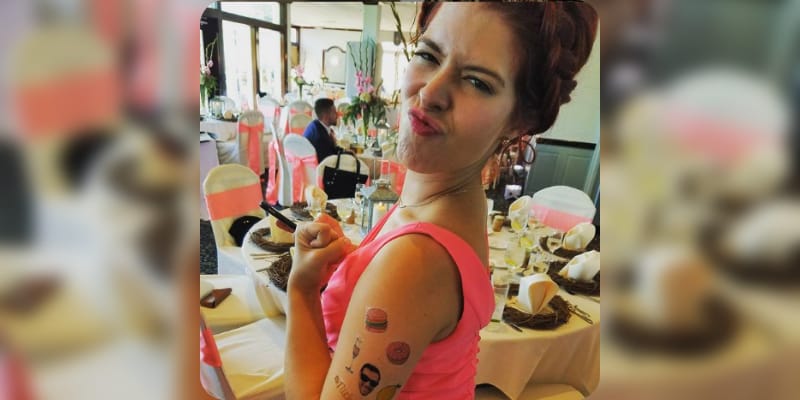 Eileen Hollis is the director at Hollis Funeral Home, she is the daughter of Charles “Charlie” Hollis (Holocinski). Hollis’s father Charles is a graduate of Simmons School of Embalming and Mortuary Science and was licensed as a funeral director in New York in 1976. In 2016, Eileen Hollis graduated from Hudson Valley Community College with an Associate’s Degree in Mortuary Science and earned the graduating student award in restorative art, in 2017 she became a fully licensed funeral director and also has a BFA in dance from SUNY-Brockport (2011). After graduating from Hudson Valley Community College she said “I I was so nervous to make the leap to mortuary school because I was very much aware this is a lifetime commitment.”

Eileen from a very young age was exposed to the funeral industry and after she earned her license she has done over 1,000 services for the dead. Eileen announced on her TikTok video she does hair, makeup. cremation and embalming. In an interview with People.com, she said “I love working with my dad,” and added, “He gives me so much freedom.” To the same publication, Eileen said “A personal death for me whether it’s a friend, family member [is difficult], but also infant deaths are extremely hard for me. Especially because my sister just had a baby, and she’s almost a year old. So when you get a 5-month-old or something, it really can shake you.”

Also, she is educating people that being a mortician is not a horrible business, she said “I’m just a normal person helping people, It’s not that depressing. It’s nice to help people in one of their hardest times in life. I don’t think that the profession is any sadder than being a doctor, a nurse, a lawyer, a social worker… all these people that are handling some rough situations. Some rough, life situations.” Later, she continued “I want people to be able to not feel awkward when they’re standing in line at a funeral service and questioning everything they’re about to say when they’re greeting a family. I just want people to get to a place where they can be there for their friends. Just be there and listen.”

How old is Eileen Hollis? 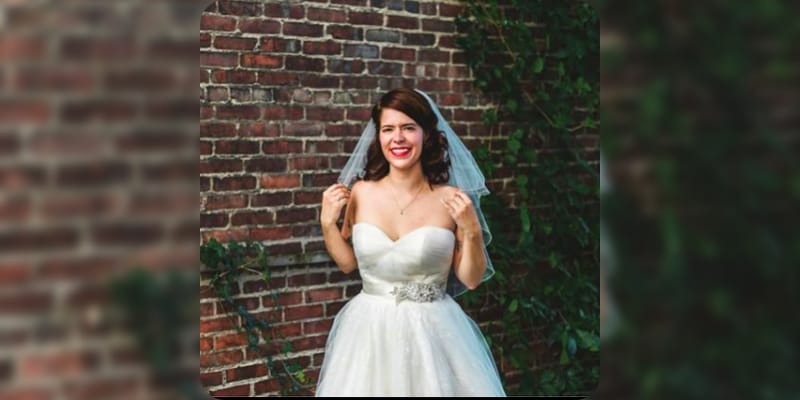 Eileen Hollis was born in 1989/1990 and is from Syracuse, New York State, she is 31 years old. She is the daughter of Charlie Hollis (Father) and Laurie Turnbull Hollis (Mother), also has two siblings.

Who is Eileen Hollis Husband? 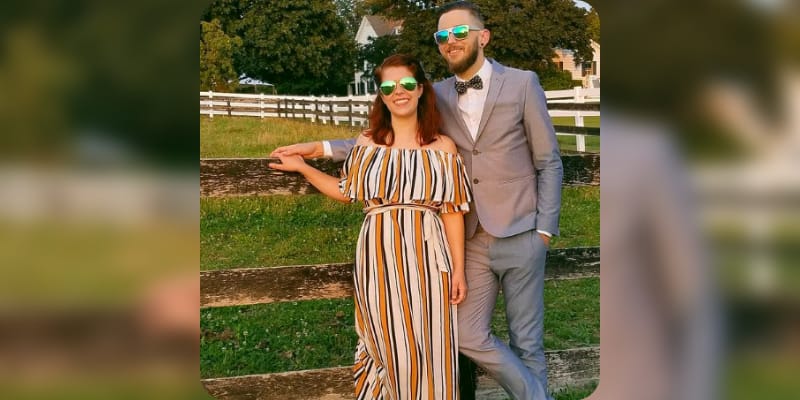 Eileen Hollis is married to Neil Hueber, she’s planning to take over the business and establish roots with her husband Neil and her future family.

What is Eileen Hollis Net Worth?

The estimated Net Worth of Eileen Hollis is between $300k to $500K USD. 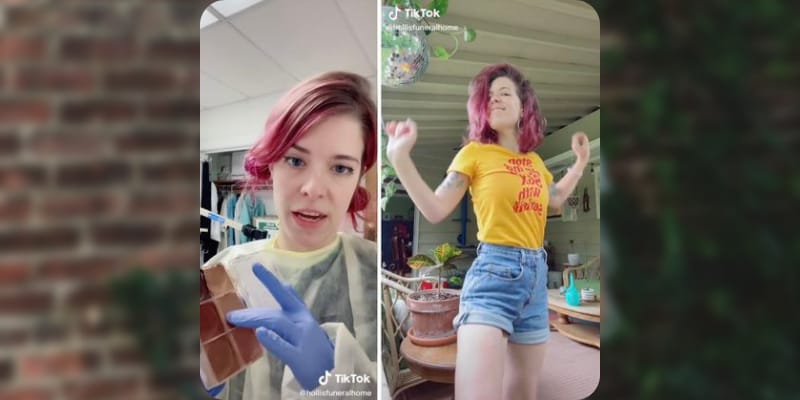