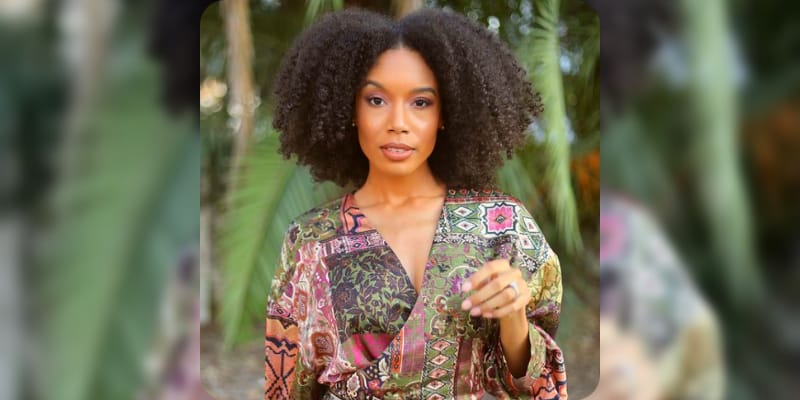 Courtney Tezeno is the TV Host, Producer, Journalist, and Content Creator, she is best known for her work in the Cash in the Attic, Entertainment Tonight, and Teen Wolf After Show. Courtney worked as the host of Close Up by E! News on the short-lived Quibi app also brought back the popular reality show, Cash in the Attic, on HGTV. Buzzfeed named Courtney Tezeno as the Top 5 Black Female Entertainment Journalist Under 30 in Hollywood.

Who is Courtney Tezeno? 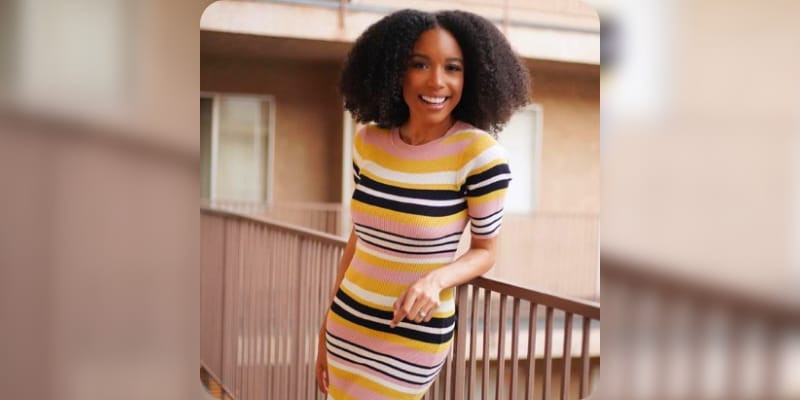 Courtney Tezeno attended the University of Missouri Columbia and graduated with a Bachelor of Journalism, Radio, and Television in 2013. Following next, Courtney joined Houston Television HTV Ch.16 as Intern, worked on Houston City Council press conferences and assisted during the Hurricane Ike Relief campaign. From January 2011 to May 2011, she worked as the Reporter at KBIA Public Radio, while working there she produced radio packages on current events ranging from Missouri government to consumer issues. In June 2010, she joined KOMU-TV as Anchor, and during her tenure, she reported live on issues affecting Mid-Missouri on a local, state, and national level, she served in this position until May 2013. Then, she worked as the Producer/Anchor at Newsy part-time, during her tenure she researched, wrote, and anchored in-depth analysis of national and international headlines for online and mobile devices using multiple news sources. Later, she joined E! Networks as Production Assistant and assisted the producer by researching, logging, and grabbing video elements for online entertainment stories and worked in this position between September 2014 to December 2014. After a few months gap, Courtney joined Black Hollywood Live as a Host also served as a red carpet correspondent for junkets, movie premieres, and award shows.

From April 2014 to April 2016, she hosted Afterbuzz TV also hosted several shows which include MTV’s Teen Wolf, BET’s The Game, ABC’s Black-ish, MTV’s Eye Candy, NBC’s Undateable, NBC’s Crisis, NBC’s Crisis, OWN’s Love in the City and Bravo’s Game of Crowns. Moreover, she worked at Obsev Studios as a Red Carpet Reporter and Producer, working there she hosted ten daily news videos for Hollyscoop and beauty/fashion content for ModaMob that distributed to AOL, Huffington Post, and Yahoo. Additionally, she co-hosted and produced Gen Z daily show Fangirl For. From September 2015 to April 2019, she worked as the Host and Producer at Entertainment Tonight, produced an opinion-based morning show covering trending entertainment news for ETOnline.com, and then produced ad integrations campaigns with American Express. In meantime, Courtney worked as a Freelance TV Host at Trinity Broadcasting Network. Next, she worked as Freelance On-Air Host at Regal for over nine months, and from November 2019 to November 2020 she worked at NBC Universal Media as Co-Host of Close Up by E! News. Currently, Courtney working in the HGTV as a TV Host, also working as On Air Host at Amazon. From July 2021, she is working as a Freelance at Fill-in Showbiz Reporter at ITV.

How old is Courtney Tezeno? 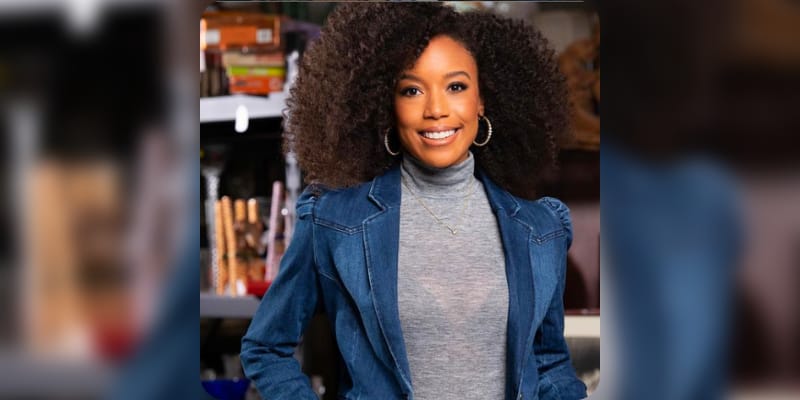 Courtney Tezeno was born on December 12, 1990, and from Houston, TX, she is 30 years old and will celebrate her 31st birthday in December.

Who is Courtney Tezeno Husband? 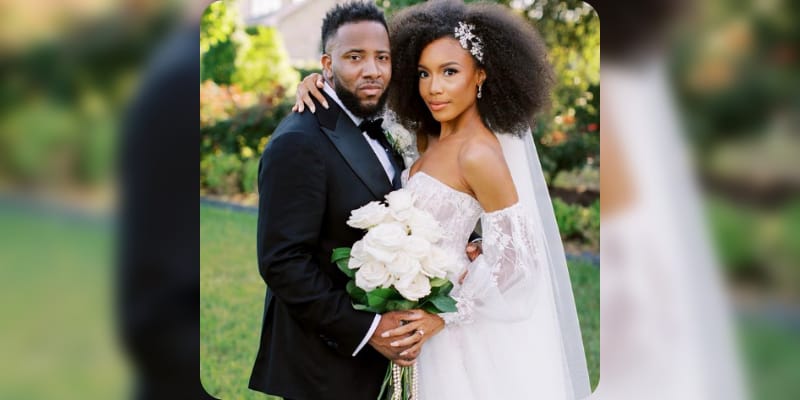 Courtney Tezeno is married to long-time boyfriend Leepole Hicks on May 16, 2021, at the Gardens of Cranesbury View, U.S. Leepole Hicks is a professional beauty and fashion photographer. On August 17th, Courtney took to Instagram and shared their wedding picture and wrote “We celebrated 3 months of marriage yesterday. Honored to be featured on the front page of @martha_weddings ! Reliving that beautiful day and spending everyday with my husband @jarrellelee is the best part.”