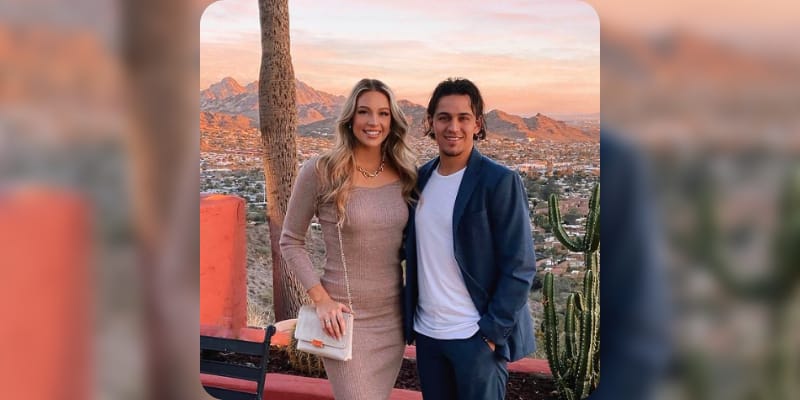 Sydney Lamberty is a BasketBall Player, Social Media Personality, and Recruiter at Atlas MedStaff. On August 22nd, 2021 Sydney got engaged with Kansas City Royals star Nicky Lopez, then Nicky shared a couple of cozy pictures with Sydney on Instagram and wrote “She said YES!!! I cannot wait to continue this journey with you! You are my world and I love you! cheers to many more years stuck with me!.” Also, Sydney shared the picture of Nicky proposing to her and wrote “Wow. YES x 10 I love you baby & I can’t wait to see what the future holds for us!!.”

Who is Sydney Lamberty? 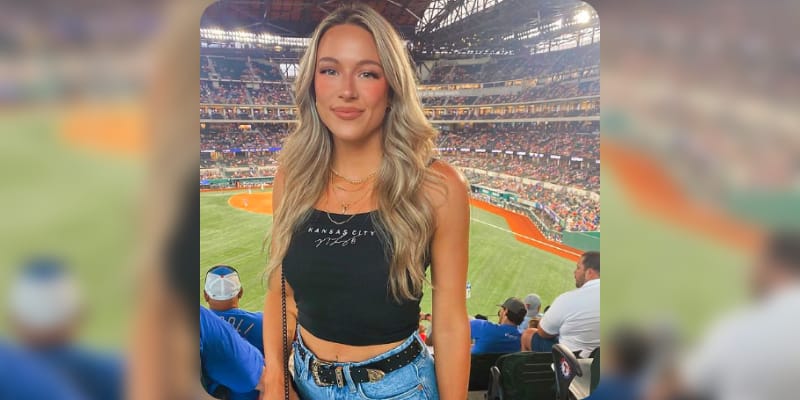 Sydney Lamberty lives in Omaha, Nebraska, United States. She attended Creighton University and graduated with Bachelor’s Degree in Marketing and also earned Graphic Design Minor from the same university. Following next, Sydney joined Park High School and worked as Assistant Teacher until May 2014, then served as Assistant Athletic Trainer at Park High School from June 2015 to August 2015. Also, she worked as an Event Intern at the College World Series of Omaha for just one month. From June 2014 to March 2018, she worked at Creighton University in various roles including Camp Counselor, Sports Marketing Intern, and Member of Creighton Women’s Basketball Team. Since June 2018, Sydney is working as a Recruiter at Atlas Medstaff and her role is to work with travel nurses on a daily basis to help match them with hospitals and place them in different openings around the country. Also, she is a Freelance Graphic Designer. On Linkedin, she describes herself as a “Highly motivated, creative and versatile marketing and graphic design graduate. Demonstrated ability to work with people at all levels with a special talent for managing time, taking initiative and generating creative ideas.”

As a BasketBall Player, Sydney played for Bluejays during the 2016 and 2017 seasons. During the game against Nebraska, she scored 10 points, and on December 21st Sydney helped the team to win by delivering 13 points, six rebounds, and four assists. During 2015-16 she finished the season third on the Bluejays in scoring (462 points), third in rebounding (153), and second in assists with 97. Furthermore, in 2014-15, she finished the season with 310 points (10.0 ppg), also named as Creighton’s first BIG EAST Freshman of the Week, and earned her second straight BIG EAST Freshman of the Week honor. While studying in the Park High School she was selected two times by All-State selection and graduated as the Wolfpack career leader in points, assists, and steals. On Instagram, she boasts 4.8k followers during the time of writing and has over 19k followers on her TikTok.

How old is Sydney Lamberty?

Sydney Lamberty was born on May 18th, 1995, she is 26 years old. She is born to Cristeen Orr Lamberty (Mother) and there is not much information about her father but has a sister named Jordan Lamberty who is a Registered Nurse at Mayo Clinic. Jordan is in a relationship with Tristan Hieb, who is a Seabee at U.S. Navy.

How Rich is Sydney Lamberty?

The estimated Net Worth of Sydney Lamberty is between $50k to $100k USD. 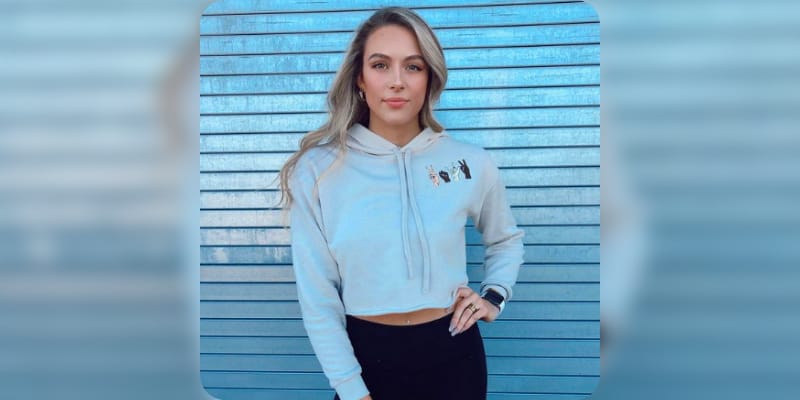