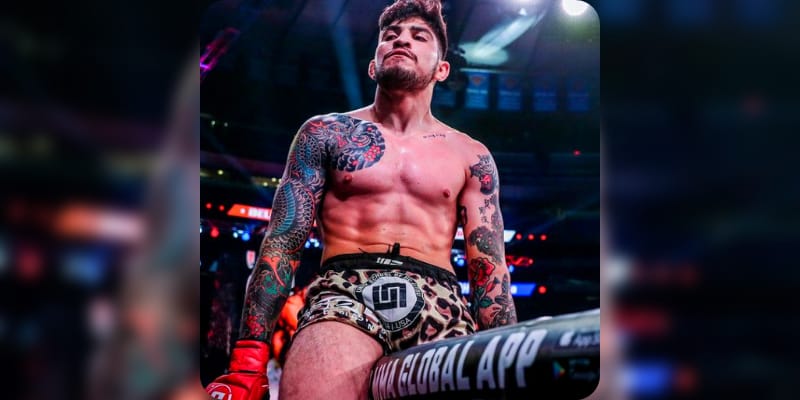 Dillon Danis is an American MMA Fighter and Social media personality, since 2019 Dillon is dating Instagram model Savannah Montano. Lately, Dillon and Jake Paul had a heated argument and even called each other out for a fight. Following next, Jake attacked Dillon with water balloons when he was in the interview. In September, Dillon was arrested outside a bar in Seaside Heights and charged with disorderly conduct. In the video circulating on social media, Dillon was rear-naked choked by a security guard of that bar. In an interview with “Call Me Al Show” with Al Iaquinta he said “I’m like, ‘Sorry, bro, you’re not getting in. I need an ID.’ And then he says, ‘Oh, you don’t know who I am?.” But the security guard replied “And I was like, ‘Sorry, dude, I don’t know who you are. I need an ID.’ So then he Googles himself and shows me the Google page, and I’m like, ‘That’s not an ID, bro. I need a driver’s license, passport, something so I know how old you are.’ After that he started getting a little agitated or whatever that I didn’t know who he was and stuff,” and added “That’s when (Danis) is like, ‘Don’t touch me, don’t touch me,’ blah, blah. While they’re having their whole conversation, I walk behind these guys. And that’s when Dillon tried to throw a punch.” Later, the security guard continued “It wasn’t a great punch. He tried throwing a punch, missed it, and that’s when I grabbed him by his neck, pulled him down. Usually whenever I do that, I’m legitimately choking you out for a second or two until you realize the situation you’re in. In the video, you see him tap and everything, and I was like, ‘You all right, man? You good?’ And he gives me like a little thumbs up, so I just bear-hugged him a little bit until the cops got everybody else under control and could give me a hand.”

How Rich is Dillon Danis? 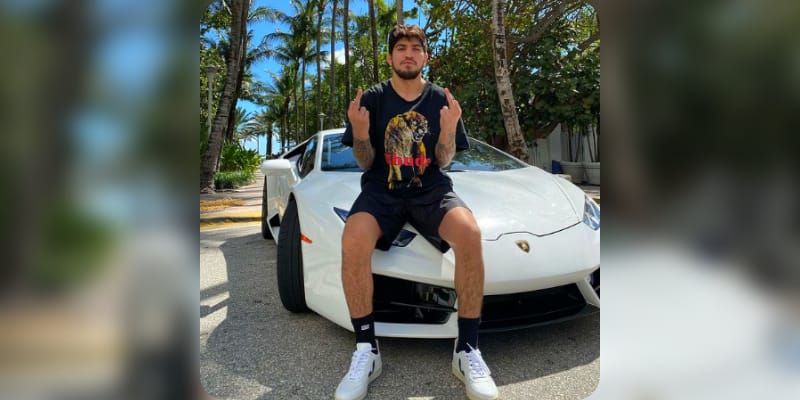 Dillon Danis is an MMA Artist and competes in the middleweight division at Bellator MMA. On April 28th, 2018 he made his professional debut against Kyle Walker in Bellator 198 and won the fight via submission in the first round. On June 14, 2019, he fought against Max Humphrey and won the fight via submission. Since 2015, Dillon is working with Conor McGregor and even trained Conor for his fight against Nate Diaz and Khabib Nurmagomedov. After the fight between Conor and Khabib, Dillon directed slurs towards Khabib and this provoked the fighter and charge into him. Furthermore, in an interview with Russian Media Khabib said that Dillon used anti-Muslim slurs, then NSAC suspended Dillon for seven months and fined him $7,500. He started his career in jiu-jitsu and has a black belt, also he competed in the IBJJF Pan American No-Gi Champion, IBJJF New York Spring Open Champion, and IBJJF Boca Raton Open Champion.

The estimated Net Worth of Dillon Danis is between $400k to $800K USD.