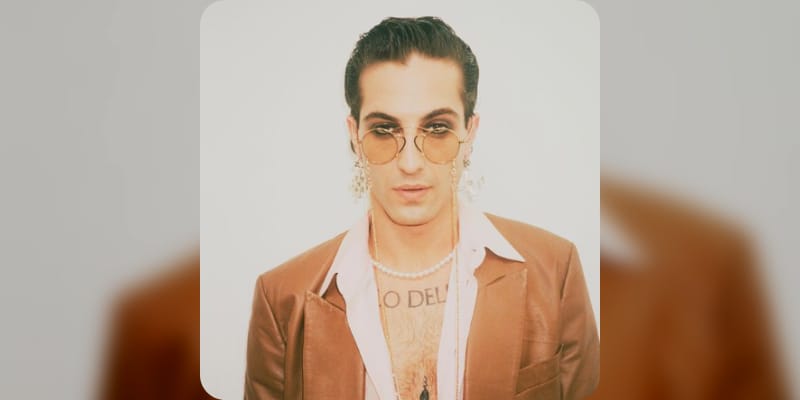 Damiano David is a Songwriter, Singer, and member of the Italian rock band Måneskin. On May 22nd, 2021 Måneskin band emerged as the 2021 winner in The Eurovision Grand Final which was aired on BBC One. However, Damiano was accused of taking drugs after the footage showed him leaning over a table during the grand final, but the singer denied taking cocaine. Later, in the press conference, Damiano David said he had been looking down because Thomas Raggi who is the Guitarist had broken a glass and the same was confirmed by the EBU.

How Rich is Damiano David? 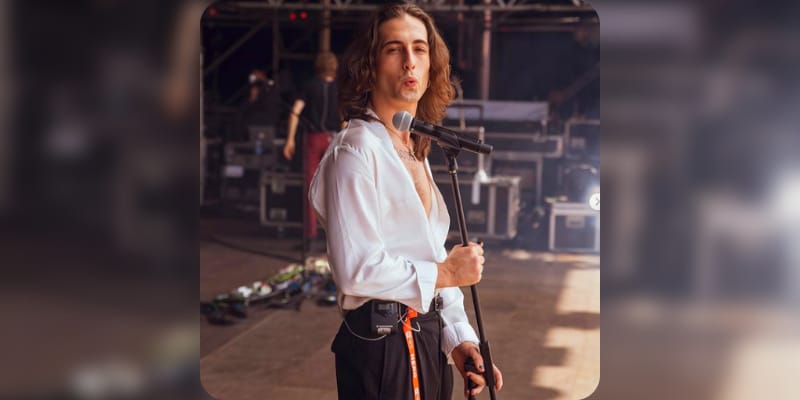 Damiano David is a Songwriter, Singer, and member of the Italian rock band Måneskin, the band was formed in 2016 and consists of four members including Damiano David as a vocalist, Thomas Raggi as a guitarist, Ethan Torchio as a drummer, and Victoria De Angelis as bassist. Damiano David is a Singer from Rome. At the age of 17, he played basketball as a point guard at the local club Eurobasket Roma, and David became interested in singing at the age of 6, during his high school days he met Victoria de Angelis and Thomas Raggi who is the band member of Måneskin. Coming back to his education, he studied at the Liceo Linguistico Eugenio Montale in Rome but dropped from school to pursue his career in the music world. Initially, Damiano was rejected for becoming a vocalist for their local band because his style was considered “too pop”, but eventually he was accepted by the band. In 2016, the Italian rock band Måneskin formed in Rome, and Victoria De Angelis came up with the name ‘Måneskin’ it’s the Danish word and it means ‘moonlight.’ The band first performed for the Pulse, it’s a local music contest for emerging bands and then participated in the Felt Music Club & School and won first prize. In meantime, they performed in streets in the Colli Portuensi district of Rome, the historical center of Rome, and Via del Corso. In 2017, the band Måneskin took part in the eleventh season of the Italian talent show X-Factor and finished the competition second, in which they covered “Beggin'” by the Four Seasons, “Take Me Out” by Franz Ferdinand, and “Somebody Told Me” by the Killers.

On November 24th, 2017, their original song “Chosen”, was released as a single by Sony Music and reached number two on the Italian FIMI Singles Chart, and then released an extended play of the same title which was later certified double platinum by FIMI. Furthermore, Måneskin’s first Italian-language single, “Morirò da re” was released on March 23rd, 2018, and then released the ballad single “Torna a casa” on October 26th, 2018 and on the same day band theatrically released a documentary film, titled This Is Måneskin. The band released their fourth single “Fear for Nobody” in January 2019 and their fifth single “L’altra dimensione” was released in April 2019. In September 2019, their sixth single “Le parole lontane” was released. In October 2020, the band Måneskin released their seventh single “Vent’anni.” On March 3rd, 2021, the band released the song Zitti e buoni and was produced by the band and Fabrizio Ferraguzzo won the Sanremo Music Festival and Eurovision Song Contest 2021 and it became the first Italian-language song in 30 years to enter the UK Top 20 and also reached top 10 of the Billboard Global Excl. US chart. Then, the band represented Italy at the Eurovision Song Contest 2021, which was held in Rotterdam, and Netherlands. On May 22nd, 2021 Måneskin band emerged as the 2021 winner in The Eurovision Grand Final which was aired on BBC One. Following next, David sang a cover version of the song “I Wanna Be Your Dog” and voiced the character of Jeffrey, in the Italian dub of the 2021 film Cruella. Besides, David is an advocate for racial and LGBT rights.

The estimated Net Worth of Damiano David is between $4 Million to $5 Million USD.