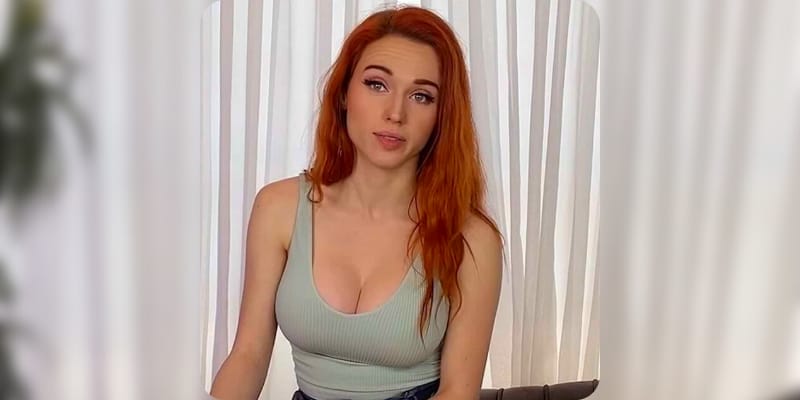 Amouranth aka Kaitlyn Michelle Siragusa is a Cosplayer, Freelance model, Costume Designer, Public Speaker, Entrepreneur, Twitch Streamer, and Instagram Influencer. On Twitch, she boasts 4.8 Million followers, since she’s quite famous on social media, her fans are curious to know more about her Net Worth and Height, so wasting any time let’s delve into it.

How Rich is Amouranth? 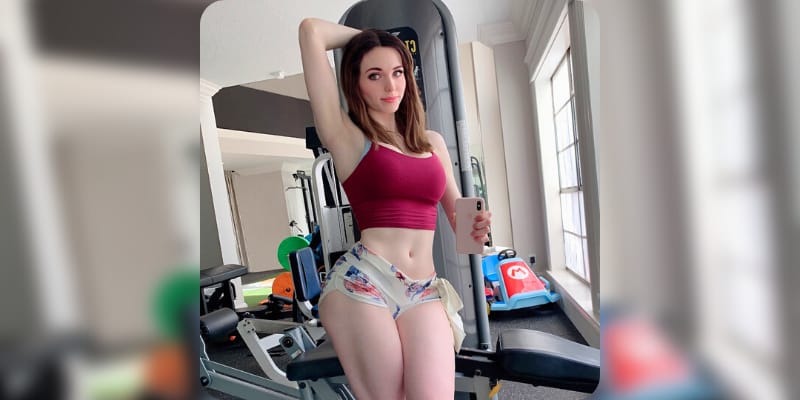 Amouranth has 4.8 Million followers on Twitch, her about section reads “Yo. I’m the weird girl that sits in a hot tub sometimes and flails around in pigeon/horse masks. My job is pretty awesome.” Since 2010, she has been modeling and creating costumes. Moreover, she is best known for her cosplays, her costumes include The Legend of Zelda, Frodo Baggins from Misty from Pokemon, The Lord of the Rings, Serah Farron from Final Fantasy 13, Aela the Huntress from Skyrim, and Peter Pan. Amouranth has two Youtube channels, the main one which is under her name and has 714k subscribers during the time of writing, and another Youtube channel ‘Amouranth ASMR’ has 475k subscribers. Her main channel was started on Jan 17, 2011, and uploaded her first video ‘Misty Plays POKEMON YELLOW – Part 1,’ on July 20, 2016. The most-watched Youtube video of her is ‘BODYSUIT Desire Haul | tell me what you think,’ it’s been watched over 5 Millon times. Later, on her second channel, she uploads ASMR videos, her video ‘ASMR Sassy Maid Experience -Fluffing you,’ has gained 3.5 million views.

Amouranth’s Instagram has been removed for violating Instagram guidelines. Nevertheless, she started her new Instagram account under the name ‘kaitgonewild’ till now she has 2.9k followers. She is fitness enthusiastic and regularly goes to the gym and has an amazingly beautiful voluptuous figure. Being a social media influencer, she makes money by promoting various products on her Instagram and also through other social media handles. Her attractive picture on social media has gained a huge number of followers and due to which she has got a lot of opportunities in modeling and projects. She is one of the most popular influencers in the United States. Apart from being an Instagram star, she has also appeared on other platforms such as Snapchat, Twitter, Youtube, and Tiktok. Amouranth also has an Onlyfans account that provides three types of subscription plans including $6.75 for 31 days, $26.98 for three months with 40% off, and $49.47 for six months for 45% off.

We do not have much information regarding her childhood. However, we will keep you updated once we receive any information regarding the same. To promote her various products, Amouranth was able to get some agreement deals from some of the prominent companies through which she uses to make a handful of money. Earlier, she uses to do many odd jobs to earn money, but now she is quite established in her career path. Talking about her education, she attended a private high school and she doesn’t hold any graduation degree from the University. Amouranth was born on December 2, 1993, in Houston, Texas, United States, she is 28 years old. However, there is not much information about her father, mother, and siblings. Amouranth is in a relationship with her boyfriend, Matt Barr. Nevertheless, we have no information about her past relationship and dating life.

The estimated Net Worth of Amouranth is between $6 Million to $8 Million USD.