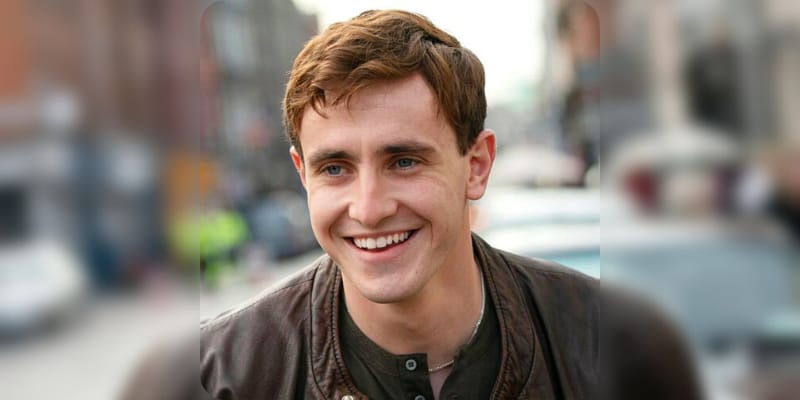 Paul Mescal is an Irish actor and best known for his character in the miniseries Normal People (2020) which eventually earned him a British Academy Television Award. Lately, Phoebe Bridgers took to Instagram and made her relationship public with Paul Mescal. On December 10th, 2021, she shared a cozy picture of them and captioned black heart emoji. Talking about Phoebe Bridgers’s personal life, Phoebe is bisexual and was in a relationship with Ryan Adams in 2014. Then, she was dating touring drummer and musical collaborator Marshall Vore in 2017.

How Rich is Paul Mescal? 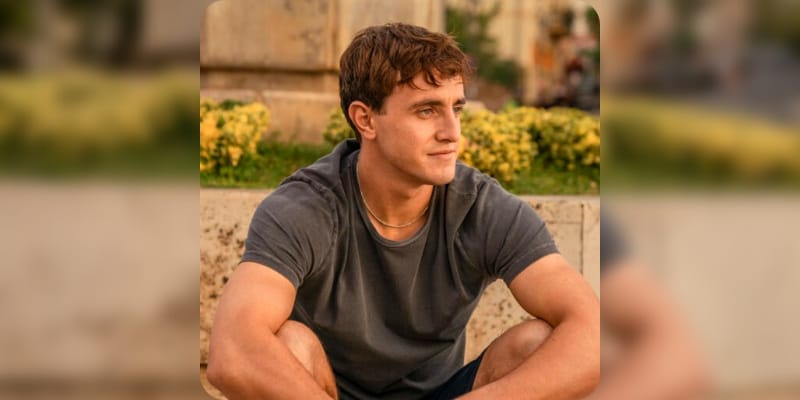 Paul Mescal was born to Dearbhla and Paul, in Maynooth, County Kildare. Paul has one brother and sister, he is the eldest of three. Talking about his education, Paul attended Maynooth Post Primary School and earned a Bachelor of Arts in Acting in 2017 from Trinity College Dublin. While pursuing his education, he played football as a Defender for The Kildare County Board of the Gaelic Athletic Association (GAA), or Kildare GAA, also footballer Brian Lacey praised his skills but unfortunately, he suffered a jaw injury and quit the sport. After graduating from drama school, he landed two roles in theatrical productions, Angela’s Ashes and The Great Gatsby, then he played the role of the titular Jay Gatsby at the Gate Theatre in Dublin. Following next, he played the character of Prince in a contemporary retelling of Hans Christian Andersen’s The Red Shoes. In 2018, he played in The Plough and the Stars at the Lyric Theatre in London, and the same year he played the character in the Asking for It by Louise O’Neill at the Abbey Theatre in Dublin. Also, he appeared in Rough Magic Theatre Company’s productions of A Midsummer Night’s Dream and A Portrait of the Artist as a Young Man for the Kilkenny Arts Festival and the Dublin Theatre Festival. In 2020, Paul appeared in The Lieutenant of Inishmore at Dublin’s Gaiety Theatre. In 2020, he made his TV debut in the miniseries Normal People and played the role of Connell Waldron, and in the same year, he played the character of Sean McKeogh in the miniseries The Deceived. Now, shifting to his film career, Paul played the character of Cian in the 2020 short film, Drifting. In 2021, he appeared in the psychological drama film, The Lost Daughter as Will. Besides, Paul is working on two future projects named Carmen and God’s Creatures which are still under post-production. Looking at his achievements and Awards, in 2020, he won Breakthrough Performer of the Year and Limited/Movie Actor by Gold Derby TV Awards. In the same year, he received Outstanding Lead Actor in a Limited Series or Movie by GQ Men of the Year Awards and Rising Star by Digital Spy Reader Awards. In 2021, he won Best Actor by British Academy Television Awards and Best Leading Actor in a Drama Series by Best Leading Actor in a Drama Series. Also, he was nominated for Best Actor in a Series and Best Actor in a Movie/Miniseries.

The estimated Net Worth of Paul Mescal is between $1 Million to $2 Million USD.