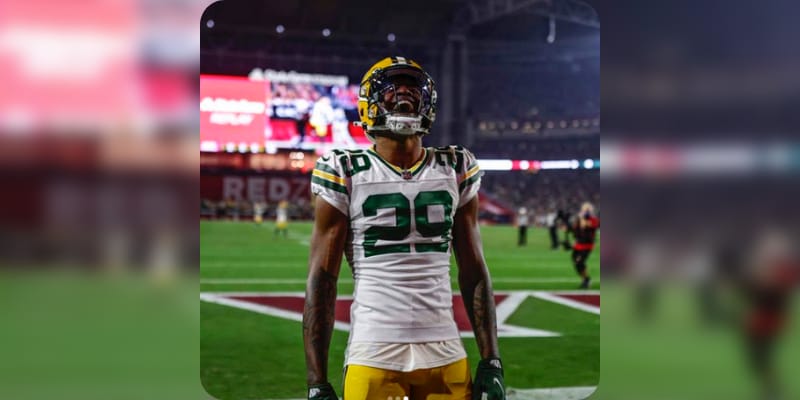 Rasul Douglas is an American football cornerback for the Green Bay Packers. On October 6th, 2021, he was signed to the Green Bay Packers and replaced backup cornerback Isaac Yiadom. Moreover, Rasul became a starter for the Packers and despite not playing a full season his performance earned him a Pro Bowl alternate nod. Packers coach Matt LaFleur said to Wisconsin State Journal “I’ve never seen anything like this in my time in the National Football League, where somebody that comes in midseason has had such a tremendous impact on your football team,” and added “I love what he’s all about. I love how he competes. I love his approach daily. There might not be anybody on our team that watches more tape than him. He’s just constantly grinding, working at it, and I think it’s paying off for him.” Since he’s quite famous on social media, his fans are curious to know more about his Net Worth and Wealth, so wasting any time let’s delve into it.

How Rich is Rasul Douglas? 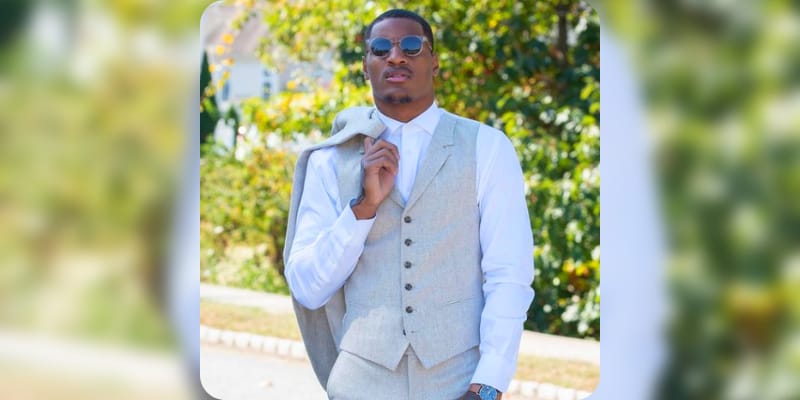 Rasul Douglas is from East Orange, New Jersey. He has six siblings and was raised by his grandmother, Rasul attended East Orange Campus High School and then enrolled at Nassau Community College, during the red-shirted 2013 and 2014 seasons he recorded 83 tackles and five interceptions. Then, he was transferred to West Virginia University in 2015, where he played eleven games and recorded seven tackles and an interception. In 2016, he played as a senior and in conclusion, he was named first-team All-Big 12 and had 70 tackles with eight interceptions. In 2017, he was drafted by the Philadelphia Eagles in the third round of the NFL Draft, then competed against Jalen Mills, Patrick Robinson, Ron Brooks, Jaylen Watkins, Ronald Darby, Sidney Jones, and Aaron Grymes for the starting cornerback position. Following next, Head coach Doug Pederson named him the fourth cornerback after Ronald Darby, Jalen Mills, and Patrick Robinson. On September 17, 2017, he made his professional regular-season debut against the Kansas City Chiefs after starting cornerback Ronald Darby suffered an ankle injury. Later, Rasul against New York Giants recorded his first career interception and helped his team to the 27–24 victory. In Conclusion, Rasul completed his rookie season with 2 interceptions, 25 tackles and 11 passes defended. In 2017, Pro Football Focus ranked Rasul 87th among all qualifying cornerbacks and with an overall grade of 61.2. On September 6th, 2020, he was waived and on the same day, Rasul was claimed off waivers by the Carolina Panthers. Then, he signed with the Las Vegas Raiders on April 19, 2021, and was released on August 23, 2021. Later, Rasul for the short time was signed to the Arizona Cardinals practice squad. On October 6, 2021, Rasul was signed by the Green Bay Packers, he replaced backup cornerback Isaac Yiadom. On October 28, 2021, the Green Bay Packers faced intercepted a Kyler Murray pass Arizona Cardinals in which Rasul intercepted a Kyler Murray pass and helped his team to a 24-21 win. Then, on November 28, 2021, Green Bay Packers faced Los Angeles Rams and in the match, he recorded his first career defensive touchdown and for his performance, he received his first NFC Defensive Player of the Week honor. On December 12, 2021, his team faced Chicago Bears and won with a 45-30 victory. Looking at his personal life, Rasul Douglas is in a relationship with his girlfriend Ny-Asia Franklin, the duo welcomed their first kid Jeremiah Lusar Douglas (Son) on October 2nd, 2018.

Talking about his Net Worth, Rasul signed one year contract with Green Bay Packers for $990,000. Previously, from his four-year contract with Philadelphia Eagles, he made around $3.1 Million with a $706K signing bonus and received a guarantee of $700k. The estimated Net Worth of Rasul Douglas is between $5 Million to $6 Million USD.