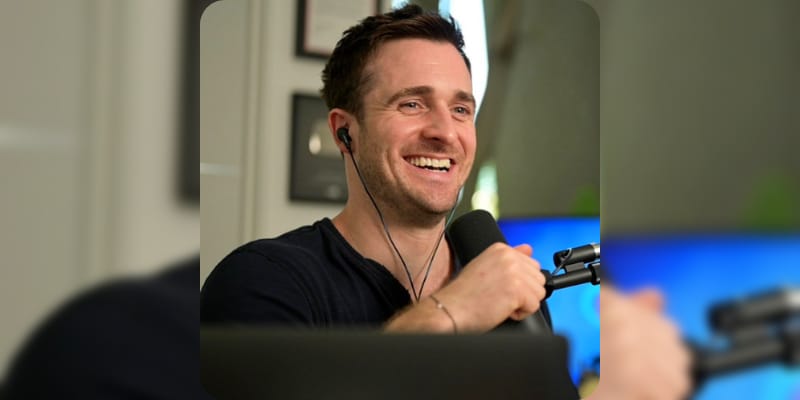 Matthew Hussey is a Social Media personality, Youtuber, Writer, and British life coach. Lately, he took to Instagram and shared his excitement and revealed that he got engaged to his longtime girlfriend. On Feb 2nd, 2022, Matthew took to Instagram and shared a cozy picture of them and wrote “I’ll start with the punchline. I’m engaged,” and added “I’ve never been one for posting about my personal life. This is partly because I’m a private person when it comes to my own relationships. But it was also because some part of me was always afraid that the relationship I was in wouldn’t be the last. I don’t have that fear anymore. I have found the person I know I’m going to spend the rest of my life with. I’ve been helping other people find love for 15 years, never knowing when I would find it myself. I’ve been asked countless times: “How come you’re not married?”, never wanting this pressure to push me into making a decision that wasn’t right for me. I knew when I chose my life partner I wanted it to come from the deepest place of knowing what it was I wanted.”

Then, he continued “Well, now I know. It’s you. There is no one else I could imagine spending my life with. You feel like coming home and going on an adventure all at the same time. I don’t believe in fate, or destiny, and yet I can’t escape the feeling that somehow we were made for each other. To be with you is to believe in soulmates. Not only are you the kindest, most compassionate, and beautiful person I have ever met, you excite me on every level, and your mind astounds me. I’m not just marrying the person that excites me the most, but the person I respect the most. I just fucking adore you. Thank you for seeing me on a level I’ve never been seen before—for accepting me so totally that I feel invincible. And finally, thank you for teaching me how to love in a way that I was too scared to before. I have learned more from you than you even know. Of everything I have done in my lifetime, nothing has felt more right than falling in love with you, and I cannot wait to spend the rest of our lives together. In the meantime, I’ll do my best to calm down enough to enjoy today.”

How Rich is Matthew Hussey? 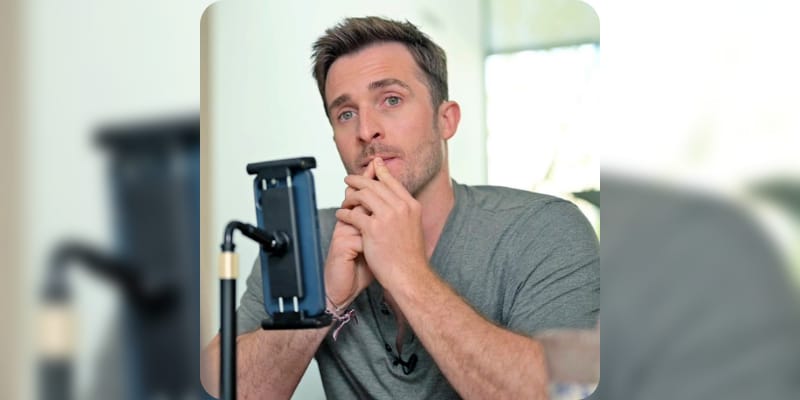 Matthew Hussey is a British YouTuber and Speaker. He is also a best-selling author in the New York Times. He is most known for his role on ABC’s digital series What To Text Him Back as a dating specialist. Matthew Hussey was born to Stephen and Pauline Hussey and had two brothers. He began his business as a life coach before transitioning to a dating coach in 2008. Initially, he primarily worked with males as a dating coach, but he later expanded his services to include both men and women. He afterward relocated to the United States, where he worked as a Cosmo magazine contributor until 2015. Matthew also created the Get the Guy online tutorials, which cost USD 4,000 and lasted seven hours. Matthew also provided gendered advice on how to approach and provide lines and text messages adapted to particular scenarios, charging $10,000 per hour, which sparked a lot of controversies. Christina Aguilera was one of his high-profile clients in July 2011, and he also worked with The Perfume Shop, Proctor & Gamble, Virgin Gyms, Weil Gotshal & Manges, global management consultants Accenture, and Proctor & Gamble. According to his website, 50k women have attended his live events, and he has an online following of over 10 million. Besides, he appeared on several TV shows including NBC’s Ready for Love, and Today Show. In 2013, Matthew released a book titled “Get The Guy: Learn Secrets of the Male Mind to Find the Man You Want and the Love You Deserve,” which received the New York Times bestseller title. Matthew Hussey has a self-entitled Youtube channel and boasts 2.38 Million subscribers during the time of writing, he started the channel on Jun 28, 2010. The most viewed video on his channel is “3 Man-Melting Phrases That Make A Guy Fall For You – Matthew Hussey, Get The Guy,” it has been viewed over 19 Million times. His second most-watched video is titled “MEN LOVE These 4 Texts From Women! (How To Text Guys) | Matthew Hussey,” its gained 18 Million views.

The estimated Net Worth of Matthew Hussey is between $3 Million to $5 Million USD.