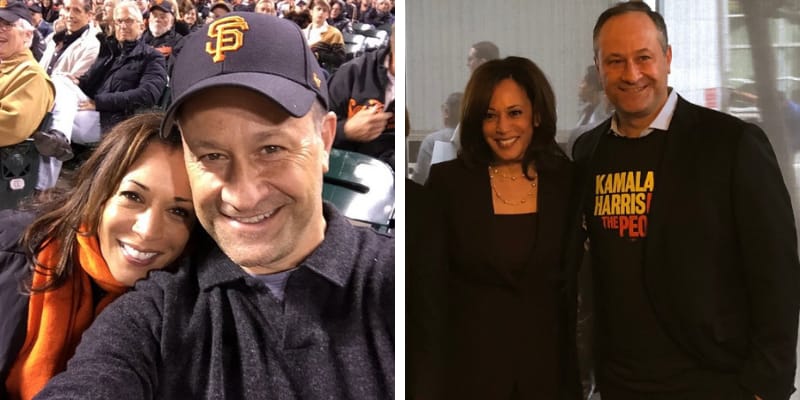 Douglas Emhoff Is an American lawyer 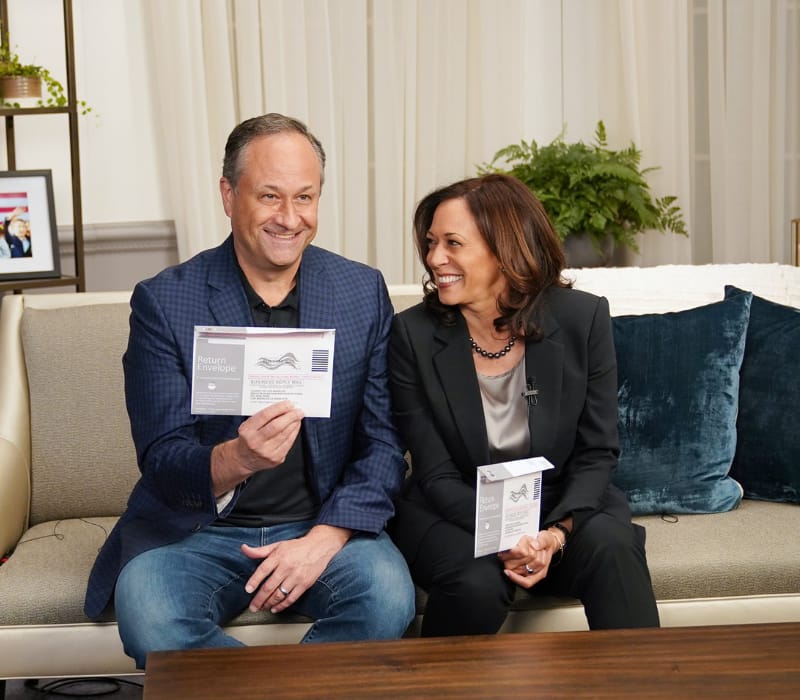 He is an entertainment attorney and a partner at DLA Piper, where it’s a global law firm with locations in more than 40 countries. According to the website, it represents Fortune 500 and Global 1000 enterprises and claims to be one of the emerging companies and technologies along with advising government and public sectors. Emhoff is a highly experienced litigator and strategic advisor, in his career he knows for tackling and resolving the toughest problems. In his 25 years of career, he fought in the courtrooms and boardrooms across California and around the country. In 2017, he joined DLA Piper and obtained his license to practice in California and Washington, D.C, before working for DLA Piper he was with Venable and helped oversee the firm’s West Coast expansion. In one of the famous cases he worked for Taco Bellmascot, Wrench sued Taco Bell for $42 million for breach of contract, claiming that the Michigan-based company had created the Chihuahua character. However, Wrench won and Taco Bell tried to make its ad agency, TBWA, pay the settlement but Douglas Emhoff helped prevent TBWA from having to pay that money.

Talking about his education, he attended Agoura High School and graduated from California State University, Northridge with a Bachelor of Arts degree. Then, earned Juris Doctor from the USC Gould School of Law. 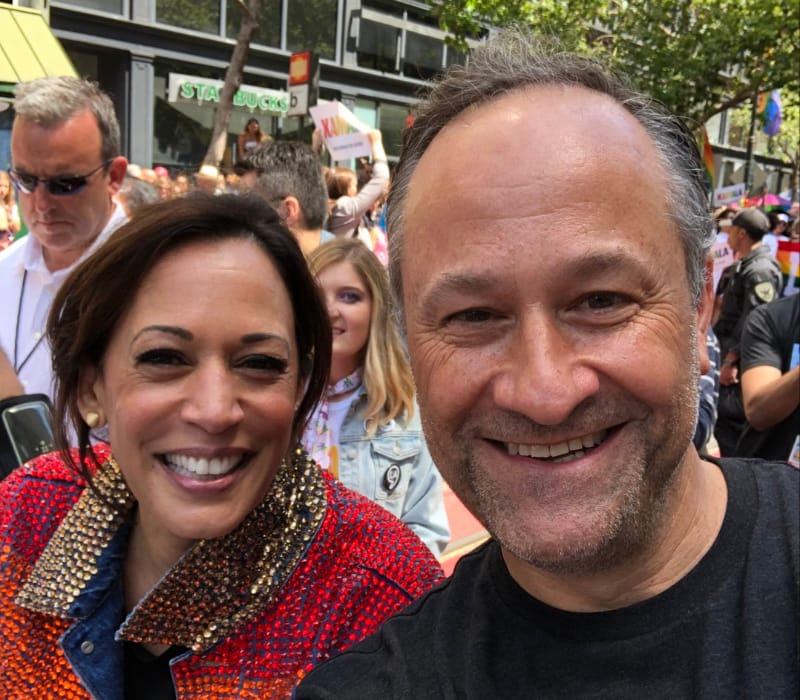 In 2013, the couple first met, and during that time Kamala was the attorney general in California. Douglas and Kamala were set up on a blind date by their mutual friend named Chrisette Hudlin and since then they began dating. Furthermore, Chrisette Hudlin also said to Kamala not to overthink it or “Google him.” On August 22, 2014, Kamala and Douglas tied the knot together in Santa Barbara, California, with Kamala’s sister Maya Harris officiating.

Douglas and Kerstin were married for 16 years and they also share two kids, Cole and Ella. 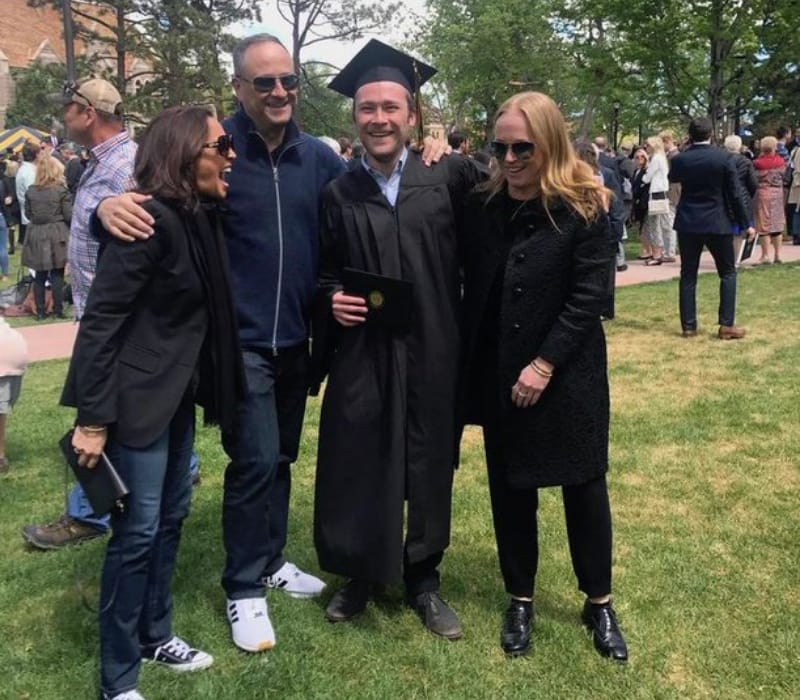 Kerstin is the president and co-founder of a production company called Prettybird, where it’s a production company with offices in New York and Los Angeles. It was established in the year 2008 by the director Paul Hunter. Before setting up her company she dreamed of a career in the performing arts and wanted to be a famous ballerina, but when she realized that she didn’t have a future in acting either, that’s when she decided to go to film school instead. Currently, Kerstin and Kamala became friends, in an interview with Good Morning America Kerstin said that she’s an incredible mother. 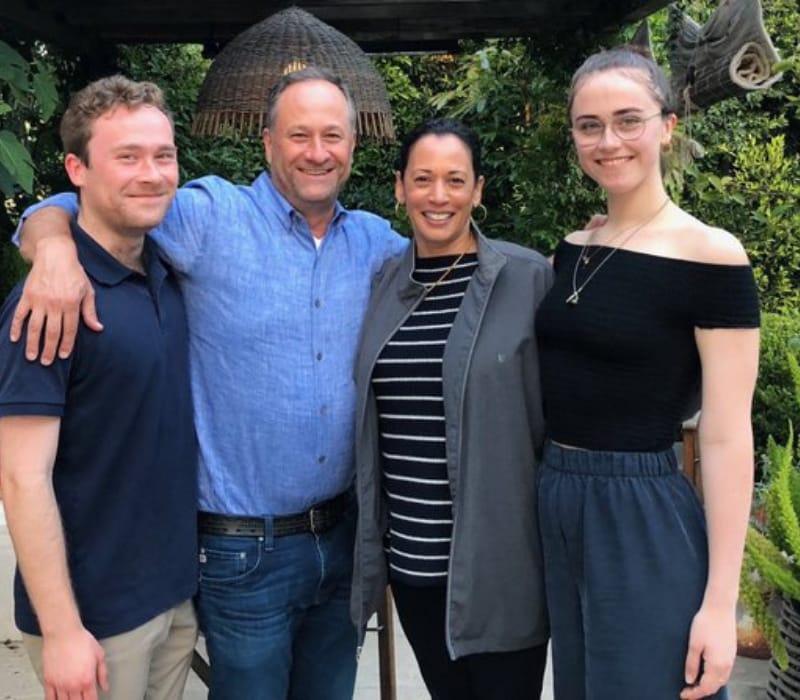 Douglas Emhoff has two children from his previous relationship with Kerstin Emhoff. Kamala first introduced herself to Douglas’s children after several months of dating together, now Kamala shared a special relationship with her stepchildren that they lovingly refer to her as “Momala.” Kamala even took to Twitter in May 2019, where she wrote “Of all the titles I’ve ever had, Momala is my favorite.” Later, in an interview with Good Morning America, she said her step-children are her endless source of love and pure joy, she said “I spend time thinking about recipes, I plan menus in my head and then it’s just a matter of when can I get the family together and be home to cook Sunday family dinner… So my goal this year is to do even more Sunday family dinners. It’s my most favorite thing to do.”