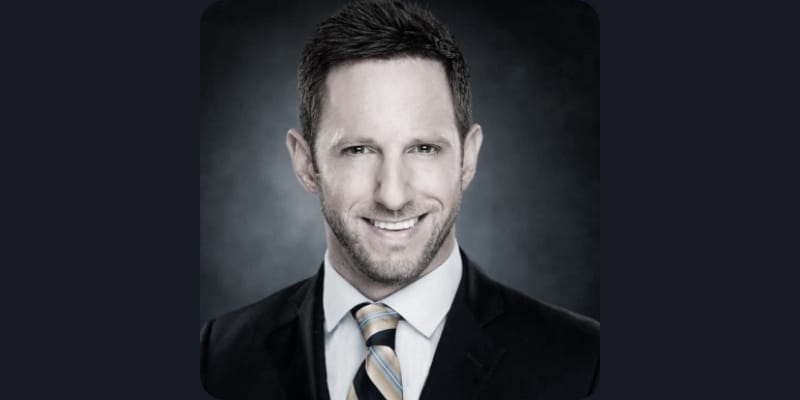 His website and Facebook accounts have been deleted. The singer was identified as headbutting another man at YOLO, a restaurant in Fort Lauderdale. In the video Singer was found arguing with two men, wherein, one of the men in the restaurant accused the singer of punching another man in the restaurant. Later, the singer was taken to the ground by one of the witnesses named “Steven Heflin” who said to the singer “You’re f***ing done.”. However, Singer tries to escape from the restaurant and also tries to get into a fight with Steven Heflin, the man who holds him down. At the end of the video, the police arrive and escort Singer away.

Through multiple copyright claims, the singer has identified himself as the man in the video, which was made against Google and Vimeo. Those copyright were removed from video streaming sites and were successful on multiple occasions. According to the Court records, Broward County, Florida, they have not revealed any civil or criminal cases involving the singer. Steven Heflin, the man who tackled Singer, has been told he had no interaction with Singer since the incident.

Heflin also told “People there at YOLO that night said he was from a well-to-do/well-known family and he would come after me. But Nah, I’m just living. … Doing my own thing.” In an interview with Heavy.com Heflin explained the incident and said “If I’m being honest, I didn’t think about how to tackle or take him down. I just reacted when he swung at me. I wrestled in high school. Barely made varsity until my senior year honestly. He had a jacket on which made it easy to grab hold and just use my center of gravity to pivot. Logical if you think about it.”

And added “So many people speculated I know jujitsu or MMA. Nope. I was in the Army National Guard as a kid for like seven years and just high school wrestling before that. That’s it. Lizard’s brain took over when he swung, simple as that. The commentary I did during the scuffle was just me being me. Had no idea it was being recorded. … Funny how that works.” In September 2019, the first copyright claim was made by Singer in one of the clips that “Video of me being attacked.”.

The recent copyright was made in April 2020, where he claims that the uploader of the video was an “enticing threat and violence” against him. He also complained about the comments on a Reddit thread, despite the video being deleted. In September 2019, the original video was removed by Reddit. The post was uploaded to Reddit’s Bully Backfire thread. “This content was removed in response to a copyright claim by a third party.” The disclaimer at the top of the thread read.

What is Joel Michael Singer’s Age?

Joel Michael Singer is in his mid-’30s.

Joel Michael Singer after the headbutting incident tried to change his identity as a Neurosurgeon, initially, Joel tried to remove the video using DMCA and was successful too, now by searching his name you will come across the Twitter account describing him as specialized in treating Faints, Tremor, Dizziness, Vertigo, and Headaches.

There is a Twitter account under the name “@JoelMichaelSing,” it was created in 2021, and its first post was on January 11th, 2021. During the time of writing, he has 32 followers and his bio includes the link to Vimeo, however, the link has been expired/removed, but it contained the video titled “Joel Michael Singer Clinical Neurosurgery Teaching,” and the video description reads, in the USA “Joel Michael Singer is recognized & one of the best neurologists.” Joel Michael Singer aka Neurosurgeon’s new identity popped up this year, he might be changing his online presence from Financial Planner to Specialized in Neurology, even trying to change the SERP (Search Engine Results Pages), you might think how? Well, Joel Michael Singer aka Neurosurgeon is publishing an article on websites such as Architectmagazine and Sportsa where he describes himself as “Consultant Neurologist,” and has experience in treating Faints, Tremor, Dizziness, Vertigo, and Headaches.

Besides this, when someone in QUORA asked “Who is Joel Michael Singer?,” a person named Joseph Armato who describes himself as a Real Estate Developer at Joe Armato wrote Joel Michael Singer is a Neurosurgeon. However, a user named Karla Kristina wrote “Joel is an American man from Florida. Joel got into a fight with the two people who work in a restaurant he was at. The fight was on camera/security camera. Joel claimed copyright to the video and the video went viral. Joel headbutted one of the men,” then continued “A man called Steven held Joel who was trying to escape from the restaurant and held him with a headlock, and put him to the ground. Any kind of violence like this is pretty stupid. It only takes one moment like this where you punch someone or headbutt them or even pushing someone and they fall and you could kill them. Effectively wrecking people’s lives. The fact people watch videos like this and they go viral in itself is very tragic.” Clearly, he’s trying to change his identity using the various platform, on Quora itself many users commented similar patterns in describing Joel Michael as a “Neurosurgeon,” some of them repeating the same line as others.