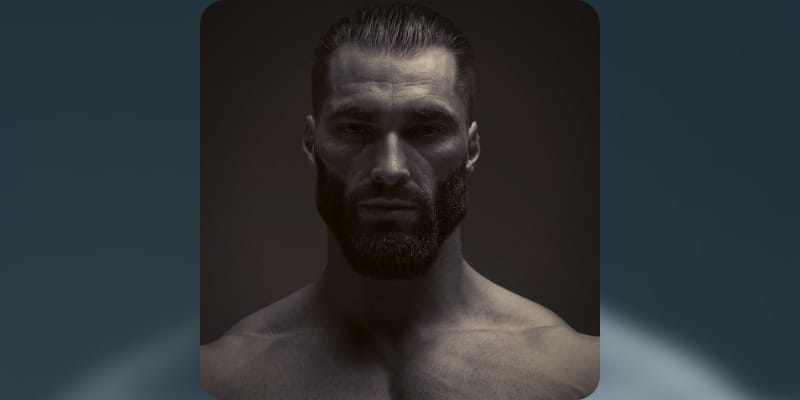 GigaChad aka Ernest Khalimov aka Berlin.1969 was born on March 1, 1969, which means he is 52 years old, he is a Bodybuilder from Russia. Nevertheless, no one doesn’t knows whether GigaChad is real or fake? GigaChad first appeared on the SLEEK’N’TEARS model project and since then he went viral for his muscular body with an impossibly chiseled jawline, many bodybuilding forums began discussing him and many think he is nothing but a Digital creation!

Who is GigaChad aka Ernest Khalimov? 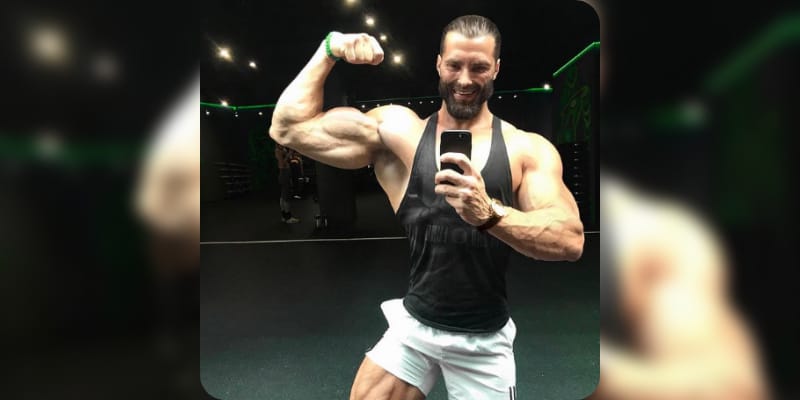 GigaChad has an Instagram account under the name Berlin.1969, during the time of writing the page has 293k followers with only 18 post, his bio reads “The only account on the Network. Yes, I heard about the memes you make guys.” According to SLEEK’N’TEARS, GigaChad is a Model and lives in Russia, but there is not much online presence except an Instagram page, even though he’s now a Social media personality GigaChad has never come forward to comment on his Internet fame. This made many think GigaChad aka Ernest Khalimov is not real and there are some information and facts to support this theory.

Krista Sudmalis is the creator of the SLEEK’N’TEARS art project, it’s the same project the model GigaChad posed. Krista is a Russian Photographer who started this art project in July 2011 alongside her friend named Robert Fremer, initially the art project was focused on Dark Art and Horror but in the year 2014 the project shifted from Dark Art to exploring the Masculine Principle, which means the project focused into the art of the naked male body. Krista Sudmalis project SLEEK’N’TEARS had five main models and one of them is her boyfriend named Artur Farad, who is a stomatologist based in Moscow, and other bodybuilder’s name are Zloy Kaa, Adamov, and Vugar, and the fifth model is GigaChad who has a Berlin.1969 Tattoo on the bottom of his stomach. Back in 2017, GigaChad’s first image went viral on various social media platforms and many speculated that GigaChad is not real and claimed that it’s a Digital creation of Krista Sudmalis, to support this many convinced that Krista Sudmalis photoshopped her boyfriend, Artur Farad into GigaChad. On May 20th, 2021, GigaChad posted his image and wrote “Hello. I’m grateful for your good comments and messages but you better tell me an interesting scientific or historical fact. Don’t use slang. If I fail to achieve a decent result for the next shooting, or I will not resurrect after a car accident, or never become a real person, my little artist will fix this situation @sleekntears. Vanduo ir laikas šito plienas nenuplaus. Nadeus’ ) Thanks for your attention to Giga Chad’s army. Have a nice day.”

In the deleted image once shared in Berlin.1969 Instagram showed that Krista Sudmalis photoshopped GigaChad next to her own childhood photo as her father, and GigaChad captioned it “My Kitten @KristaSudmalis,” with blackheart emoji. On the same image one user tagged Krista Sudmalis and asked Krista “Is that You on the Photo?,” Krista then replied, “Yes, that’s me.” Furthermore, two pictures of GigaChad uploaded by SLEEK’N’TEARS was digitally edited photograph of model Beto Mal (Photographed by Lucio Luna) and Bruno Lomaz (Photographed by Wong Sim). According to some online investigator GigaChad is nothing but Krista Sudmalis’s tribute to her own father, on her Instagram page, she once referred GigaChad as a father figure.

How Tall is GigaChad aka Ernest Khalimov?