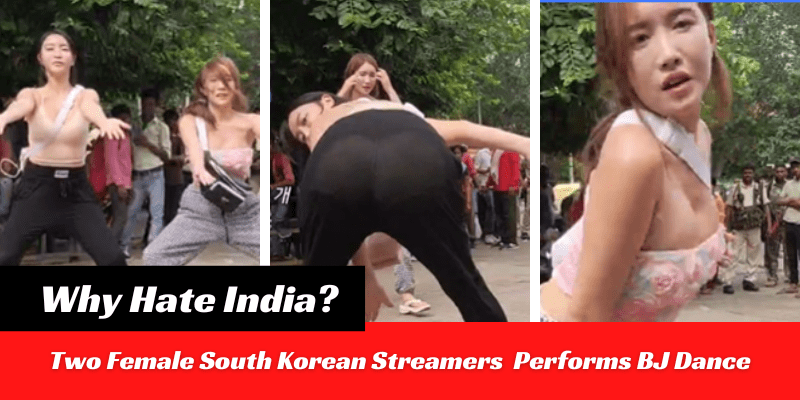 Park Subak is the Streamer and Content creator from South Korea. She uploaded this Video on AfreecaTV, a streaming platform.

This Incident took place on August 28, 2022. Korean people on social media attacked Indian men and advised the streamer to be safe around them.

On August 28th, the Allkpop website published an article about how this Korean streamer became “The Nation’s Embarrassment.”

One South Korean user wrote “Everything aside, why would you go to India and pull something like this. Brainless crows. Do they not know how rough the woman in India have it.”

Indian Youtuber named Raj living in South Korea for 4 years brought this incident to the limelight. He said because of these two streamers India is getting hate on Korean Social media. On August 30th, he uploaded the video titled “KOREANS DOING VULGAR DANCE IN INDIA,” and also revealed this is hurting India’s Image in Korea.

Saloni wrote “This is very upsetting and thanks to @Subtle Crazy for bringing it in our notice. I respect every country culture. i respect korea. there are always something bad and good everywhere in the world. ofc i feel more safe in korea than india but no one can criticize india based on this video. this s baseless. and i am so sad that the country i am living in ..those people are saying about my country like this. i never compare but everyone should remember that if Indians are bad then all indians have good IQ and are taking over the best companies in the world. korea never had a nobel prize. but see indians. i never wanted to say this but we should respect each other. i hope everyone understands.”