Matiss Kivlenieks aka Matīss Edmunds Kivlenieks was a professional ice hockey goaltender of the National Hockey League, died Sunday night on 4th July 2021, after an accident involving fireworks at a party. According to Inspector Mitch Brown of the Oakland County Medical Examiner’s Office, says Kivlenieks died due to a fireworks mortar blast and chest trauma. John Davidson the Blue Jackets President of Hockey Operations said: “We are shocked and saddened by the loss of Matiss Kivlenieks, and we extend our deepest sympathies to his mother, Astrida, his family, and friends during this devastating time. Kivi was an outstanding young man who greeted every day and everyone with a smile and the impact he had during his four years with our organization will not be forgotten.” NHL Commissioner Gary Bettman said in the statement “The National Hockey League was saddened to learn of the sudden and tragic passing of goaltender Matiss Kivlenieks,” added “On behalf of the NHL family, we extend our deepest sympathies to his family, friends, and teammates in both the Blue Jackets organization and his native country of Latvia. His love for life and passion for the game will be deeply missed by all those who have been fortunate to have him as a teammate and a friend.”

What was Matiss Kivlenieks Net Worth? 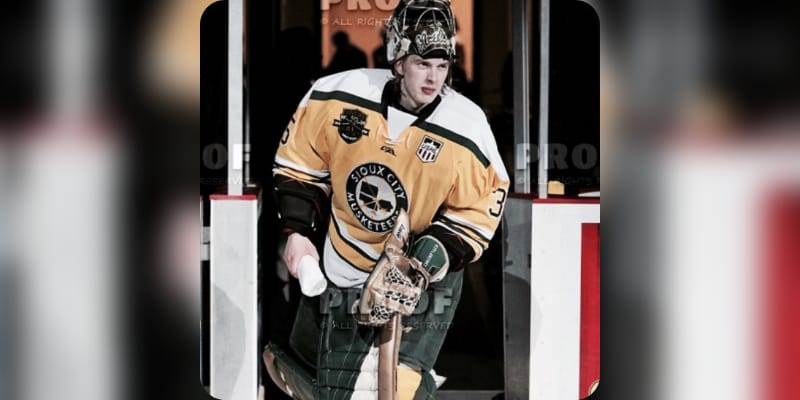 Matiss Kivlenieks was born on August 26, 1996, in Riga, Latvia, he was 24 years at the time of his death. He was a Latvian professional ice hockey goaltender between 2012 and 2021 who played for Prizma Riga of the Latvian Hockey Higher League (LHL), Columbus Blue Jackets of the National Hockey League (NHL), and the Cleveland Monsters of the American Hockey League (AHL). During the initial days, he opted to leave Latvia and continue his development in the North American junior leagues. He first got into the senior Latvian national team at the 2018 IIHF World Championship and made his World Championship debut with Latvia as the host country of the 2021 IIHF World Championship. Later, he signed a three-year, entry-level contract with the Columbus Blue Jackets worth $2,497,500. His Instagram boasts 12.1 K followers with 34 posts while writing this article.

The estimated Net Worth of Matiss Kivlenieks is between $2 Million to $3 Million USD.